The Samsung Galaxy A14 5G smartphone’s US version has passed through the Geekbench benchmarking website before the launch. Samsung is prepping to launch its next Galaxy A-series smartphones. 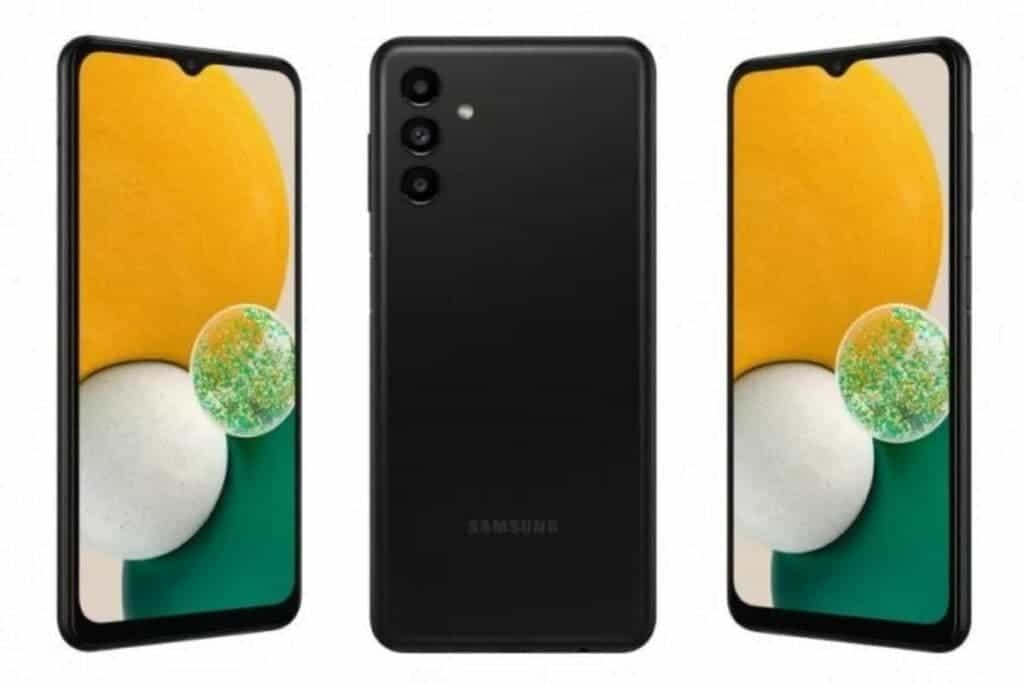 However, details about the purported Samsung phone are still scarce. In the meantime, the Galaxy A14 5G has appeared on the Geekbench website.

The Galaxy A14 5G spotted on the benchmarking website will reportedly go official in the US. The Geekbench listing reveals the device has model number SM-A146U.

The Korean smartphone giant will equip the Galaxy A14 5G with at least 4GB of RAM. However, the US model could come with more RAM and storage options.

The Galaxy A14 5G US version might offer 64GB / 128GB of internal storage option. Aside from this, the listing suggests the device will boot Android 13 out of the box. 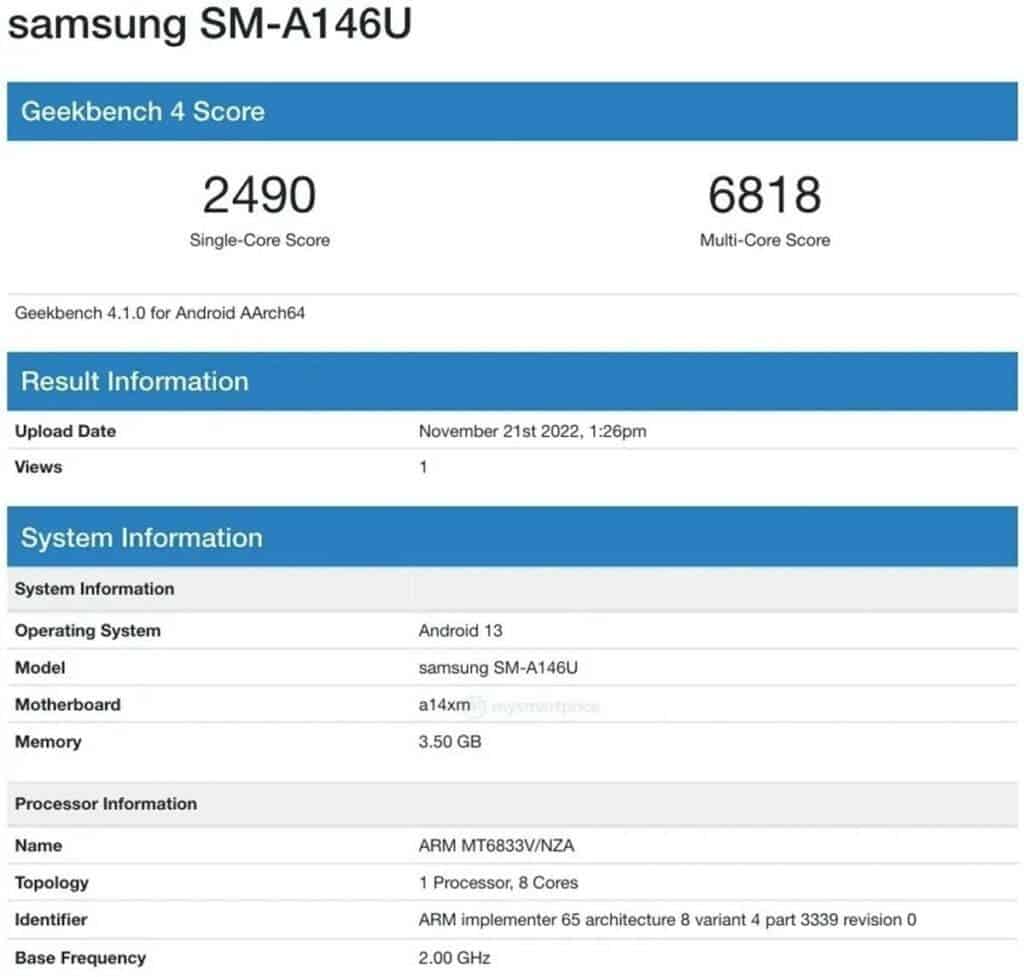 The leaked renders reveal the device will house three rear-mounted cameras, according to a report by GSM Arena. Upfront, the selfie camera will sit inside a waterdrop notch. 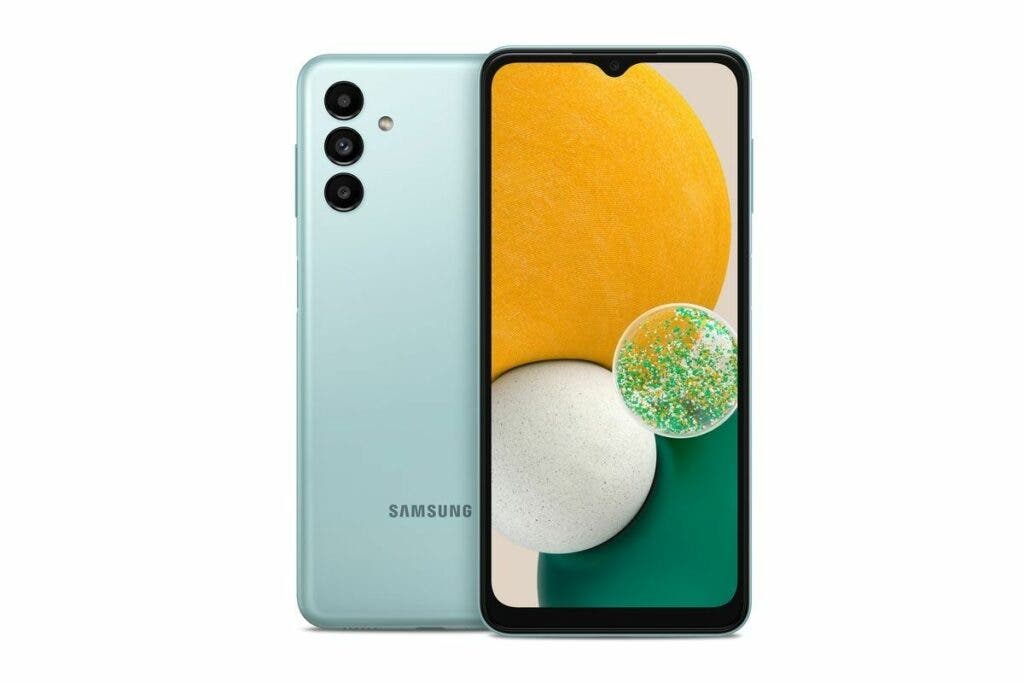 The phone has a flat frame featuring an Infinity-U display. Moreover, the fingerprint scanner is available on the side edge. The device also has a 3.5mm headphone jack.

The Galaxy A14 5G recently bagged the BIS ( Bureau of Indian Standards) certification. So, it is safe to assume that the handset is coming to India soon.