Its no more news that the next offering from Samsung Galaxy Note series would arrive on August 9, but how much and how long until we can get our hands on one have become a major source of concern. Previous reports claim the device will hit the shelves as soon as possible.

Well, a supposed pre-release poster of the Galaxy Note 9 is currently making the rounds on the cyberspace. First sighted in a Korean retail shop, the poster suggests the device would be available for pre-order right after its official unveiling(pre-order begins Augst 10), while the actual sale is tipped for August 24 in Korea. Furthermore, there appears to be a couple of incentives for pre-ordering the device, and that includes cases, car chargers, grip rings, power banks, wireless pads and other items.

The big news is that the Galaxy Note 9 won’t come with an extremely premium price tag as earlier speculated. In fact, Samsung mobile has confirmed that the device would be priced reasonably, how reasonable is what we are yet to ascertain. 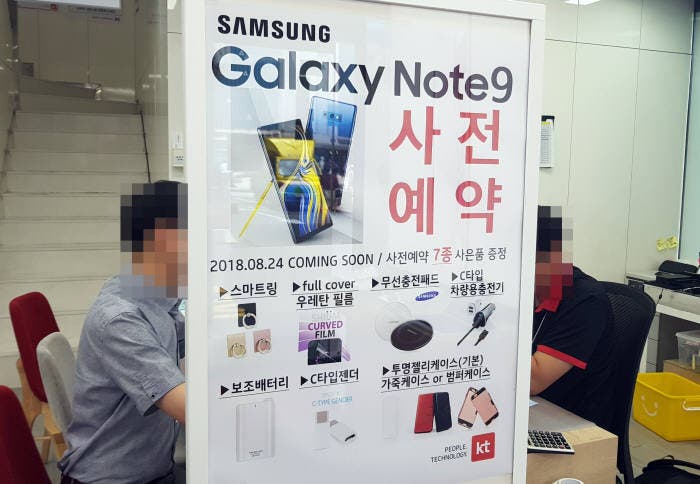 Samsung mobile earlier today in its Q2 financial report confirmed the poor performance of the Galaxy S9 in term of sales, so an earlier than normal release of the Galaxy Note 9 could help boost the company’s smartphones and tablets sales before the end of Q3.

Next LG V20 starts to receive Android 8.0 Oreo update in the United States