IDC’s latest report showed that Xiaomi’s global shipments reached 31.9 million units in Q2 2018 which represents a 48.8% increase year-on-year. This figure catapults the company to first position in terms of growth rate ahead of Huawei’s 40.9%. According to IDC data, Xiaomi’s global shipments in the first quarter of 2018 is 28 million units which represent a year-on-year growth rate of 87.8%, and it was also the highest in the world in Q1 2018.

It is worth noting that while the overall shipments continue to grow, Xiaomi has captured a huge chunk of the high-end model market, and its product structure optimization has achieved initial results. In the first half of 2018, Xiaomi focused on launching the 8th-anniversary flagship Xiaomi Mi 8 series and also strengthened the supply which was very weak initially. It took the Mi 8 series 18 days to achieve 1 million units shipment which is a plus for the company. 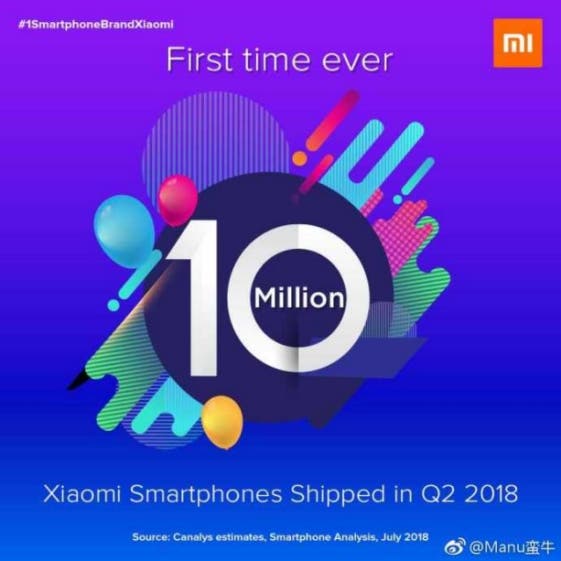 Chen Hang, chief analyst of Southwest Securities Electronics, believes that Xiaomi has re-entered the rapid development channel. After experiencing a decline in 2016, the company quickly adjusted its product strength (camera), channel power (Xiaomi home), brand power (Wu Yifan). According to the latest data from Canalys, in the second quarter of 2018, the shipment of Xiaomi mobile phone in India exceeded 10 million units for the first time, with the same growth rate and market share reaching 106% and 30% respectively. 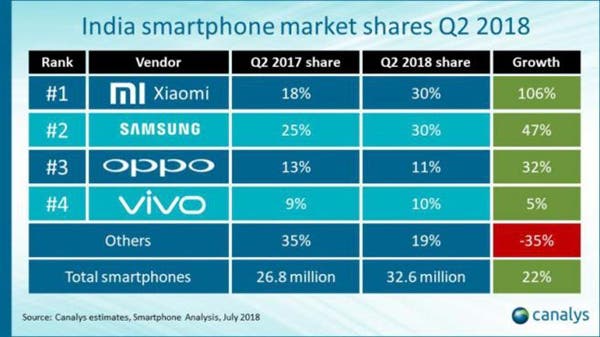 Mr. Cheng also said that Xiaomi continues to lead the Indian market in the second quarter, but compared with the market share of the first quarter, it showed little change, indicating that Xiaomi’s growth is not dependent on India, but on other non-Indian regions around the world. According to Chen Hang analysis, Xiaomi’s overseas sales in the second quarter excluding India was 7.9 million units, a year-on-year increase of 240%, which far exceeds the growth rate of the Indian market during the same period, indicating that the growth of Xiaomi’s global shipments mainly comes from overseas markets outside India.