Though there were too many smartphones launched in July, the total amount of flagship models were less than in July. Regardless of the fact when they have been announced and released, they all appeared on AnTuTu’s Android Performance List for July. That’s why the list has changed a lot.

Note: AnTuTu running scores (v7) in this chart are the average running scores and not the highest scores. The data collection times started from July 1 and ended on July 31. For each model, the benchmark team took 1000 test results. 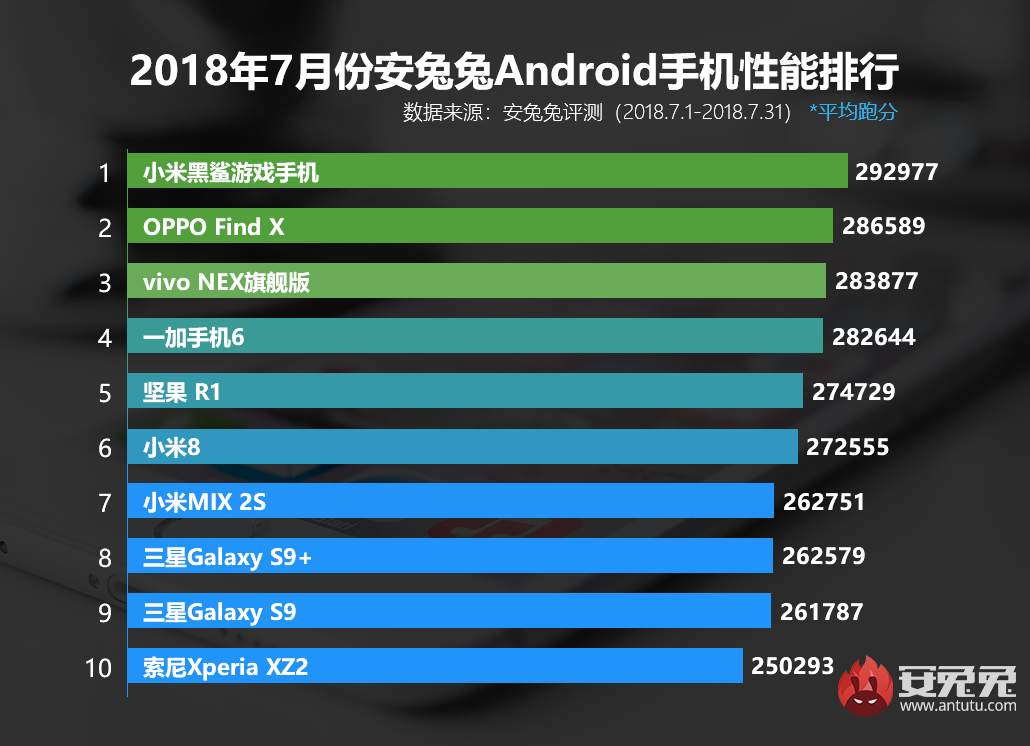 In the AnTuTu’s Android Performance List for July, the first position is occupied by the Xiaomi Black Shark game smartphone. It got 292,977 points. Moreover, it’s an improved statistics when comparing with the last month’s 287,759. There has been some improvement in firmware, and the potential of the platform has been further explored. This amazing handset is packed with a Snapdragon 845, 8GB of RAM, 256GB of storage, and integrates a direct-touch liquid cooling system that can effectively suppress the high temperature brought by high-load work. So we can say it deserves this title. 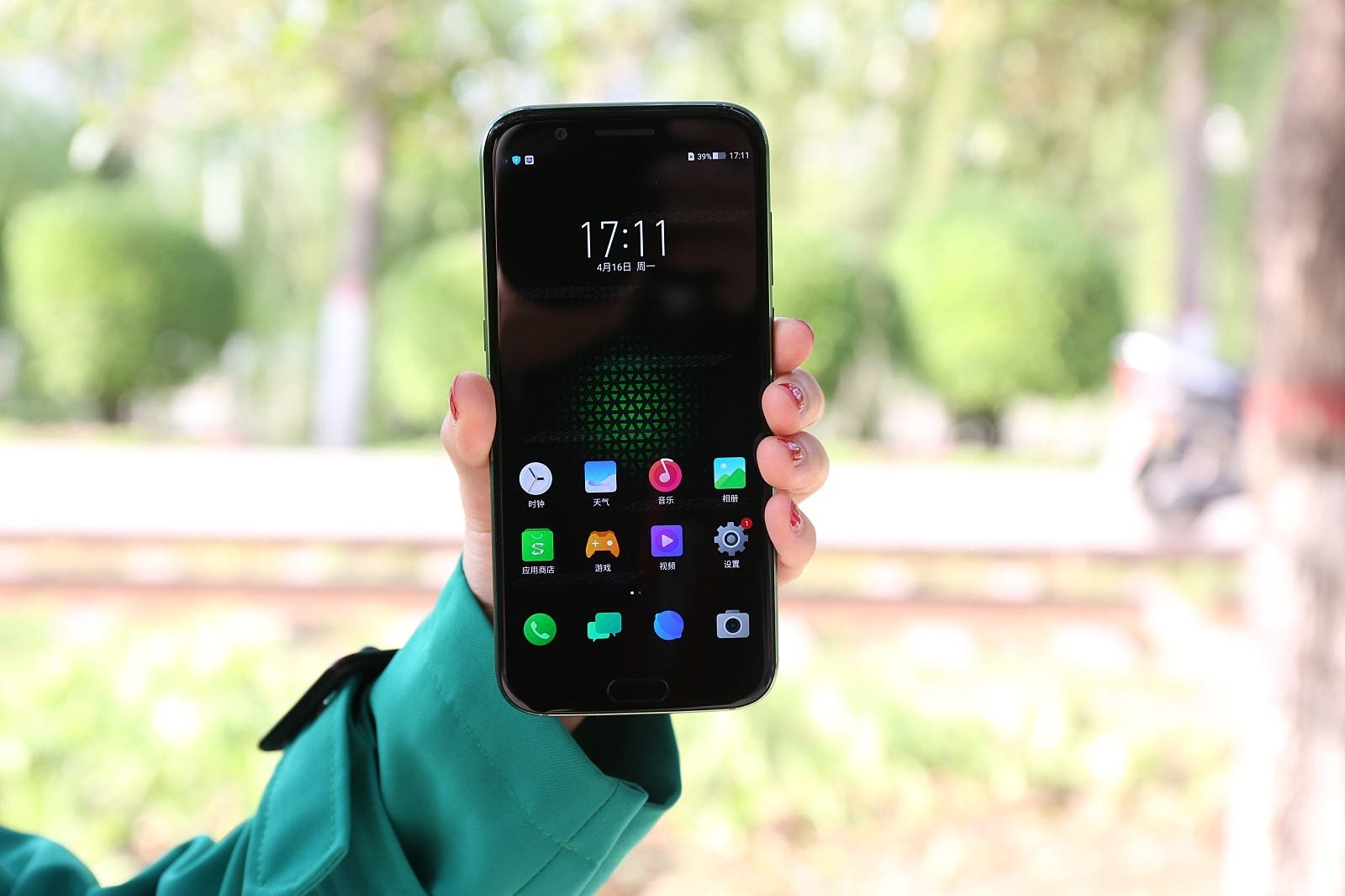 In the second position of the AnTuTu’s Android Performance List for July, we can find the much-praised and the most innovative OPPO Find X. By the way, it appears on this list for the first time. So we can say its selling performance is quite good. Otherwise, it didn’t manage to appear on the list. Its average score is 286,589. This model comes with a Snapdragon 845 chip, 8GB of RAM, and a 256GB of native storage. 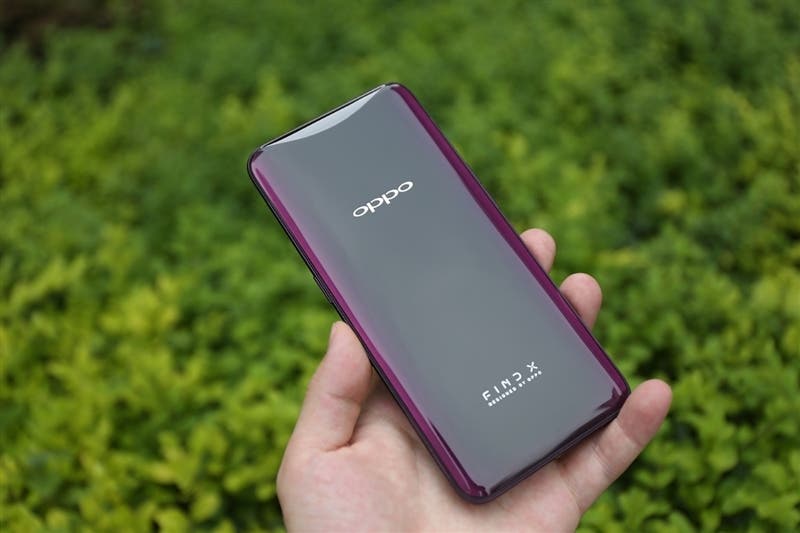 The VIVO NEX Ultimate (aka VIVO NEX S) ranked third. Its average score on the AnTuTu’s Android Performance List for July is 283,877, which is a slightly lower than the average score for the previous month. That’s why it yields its second position to the Find X. It is packed with the same Snapdragon 845 platform, 8GB of RAM, and due to the latest firmware upgrade, it’s expected the VIVO NEX will provide better performance in the future. The OnePlus 6 ranked fourth, with an average monthly score of 282,644 points. In comparison to the previous month, it fell by one point as well. 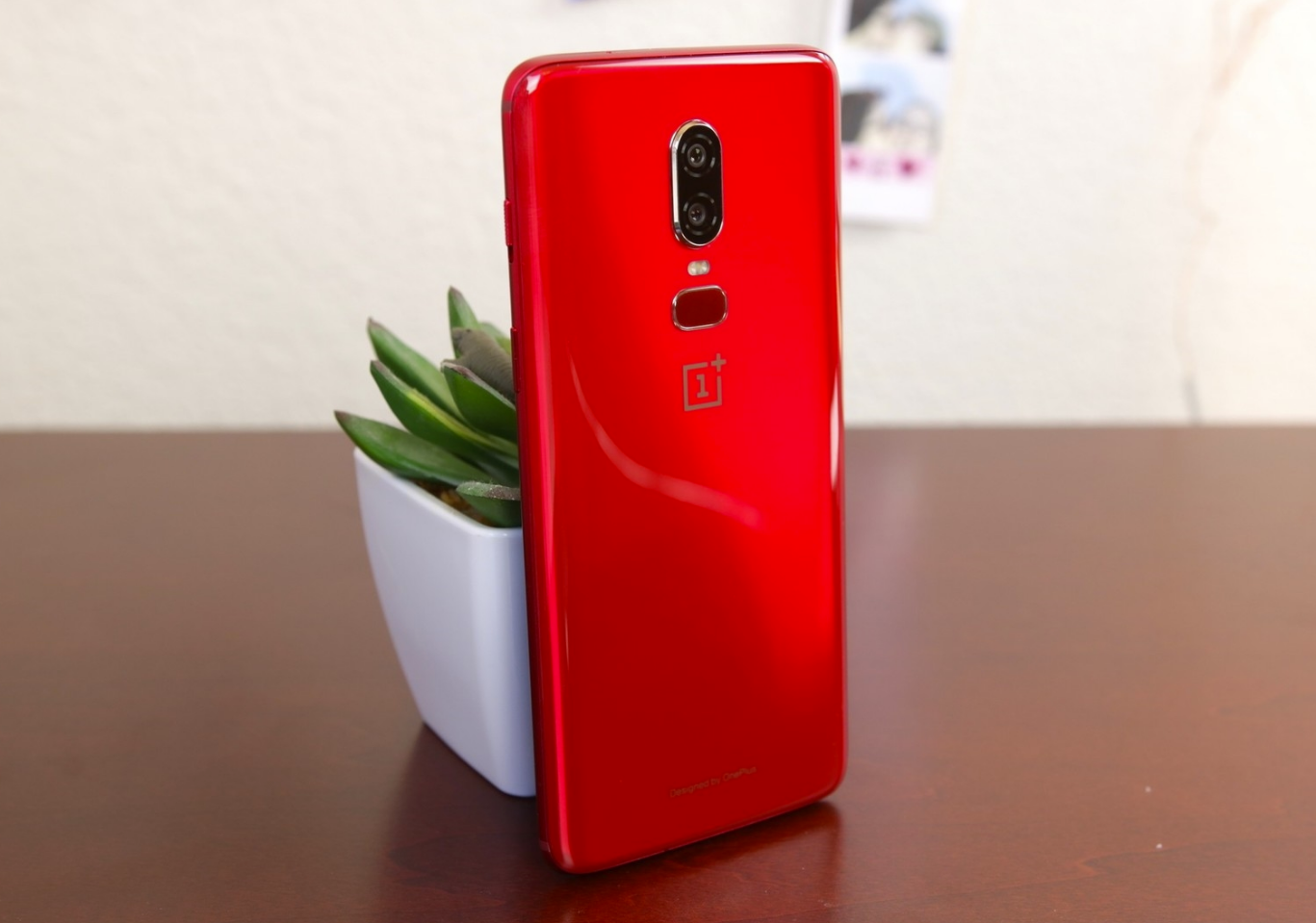 As you can see, the top four models have exceeded the 280,000 mark, which can be considered as the first echelon product.

Previous 2018 iPhones Will Not Come With A Lightning Port - 3.5mm Jack Adapter

Next ASUS Zenfone Live L1 lands in the U.S., exclusive to Best buy