A few days ago, we reported that Japanese manufacturer, Sharp, has indicated its interest to join the smartphone OLED display market. The company announced earlier that it will start producing OLED displays for smartphones. Now, inside report suggests that Sharp is expected to provide OLED panels for Apple’s feature iPhone (probably next year) so that Apple will no longer be dependent on its arch-rival, Samsung. 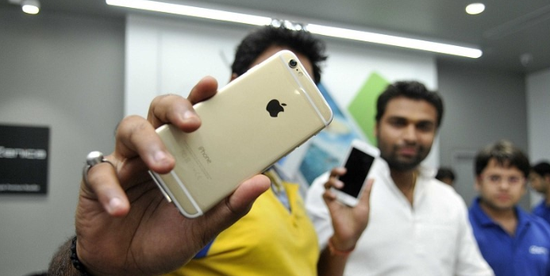 Last year Apple introduced iPhone X, the company’s first smartphone to use OLED screens. The OLED screen used by the iPhone X is exclusively provided by Samsung and it is the most expensive component of the iPhone X.

It is reported that this year Apple and LG Display has reached an agreement and LG is to provide between 3 million to 5 million OLED panels, but this capacity is not enough to let Apple get rid of Samsung’s dependence. Thus, Apple is now keeping a tab with Sharp and if its product is the real deal, it is likely that it will receive orders from Apple and become another OLED supplier. With this, Apple is gradually cutting its dependence on Samsung. However, industry insiders revealed that the OLED screen manufacturing process is quite cumbersome and not many companies can meet up with Apple’s standard.

Next Android 9 Pie Announced - Currently Rolling Out To Pixel Smartphones