On August 7, Google officially confirmed the release of the official version of Android 9, codenamed “Pie”. On the same day, Xiaomi announced that Xiaomi MIX 2S will be the first Xiaomi device to upgrade the latest version of MIUI 10 based on Android 9 Pie. Last night, some Xiaomi Mi MIX 2S users began to receive the push of the Android P 8.8.7 beta version. Users of Xiaomi Mi MIX 2S can apply to join the internal testing fan group on the MIUI official forum page or app to upgrade to the latest version of Android. However, note that Android 9 Pie comes with a mandatory “anti-rollback” feature which means that once you upgrade, there is no going back. 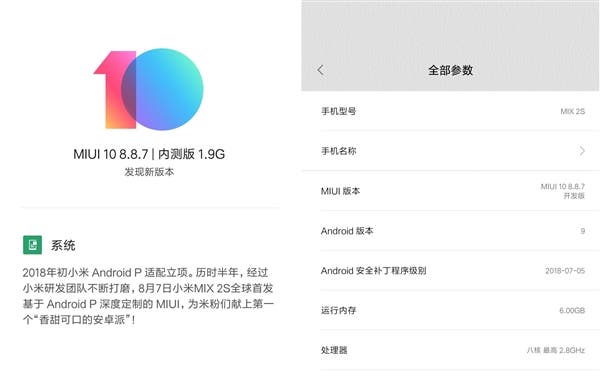 It is understood that Android 9 Pie uses a lot of artificial intelligence technology, such as AI smart power saving, AI application preloading function according to the user’s personal habits, as well as notch adaptation and better gestures. Xiaomi Mi MIX 2S participated in the Android 9 Pie testing project for the first time after the I/O conference was announced. It is also one of the first smartphones to support Google ARCore. In the past two years, Google and Xiaomi have jointly launched two Android One smartphones, Xiaomi Mi A1 and A2 series. 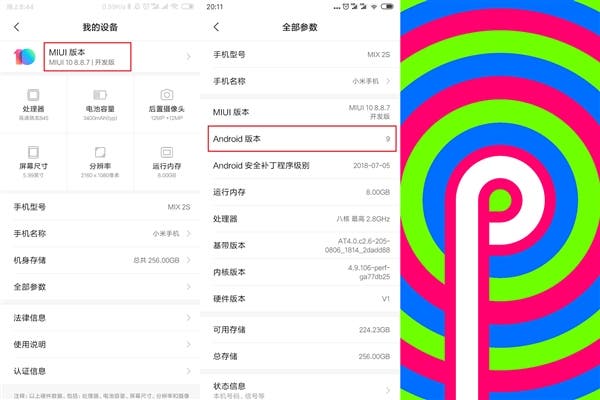 Although it will be quite interesting to try out this new beta, we shouldn’t forget that betas are usually associated with a lot of bugs and the Android 9 Pie is no different.  Here are some early issues identifies on Android 9 Pie for Xiaomi Mi MIX 2S

Note: After OTA to 8.8.7, FC may appear in individual third-party applications. You can go to the app store to check the update to the latest version and try to solve it.

Xiaomi MIUI official has notified the development team of the mainstream three-party application and will strive to coordinate the completion of the application for Android P adaptation as soon as possible.