The Sony Xperia XZ3 has been popping up every now and then. There has been no concrete report as to what the XZ3 is going to bring to the table. An alleged Xperia XZ3 spec sheet has leaked indicating the presence of a dual camera setup on the back which is same as the XZ2 Premium’s camera. 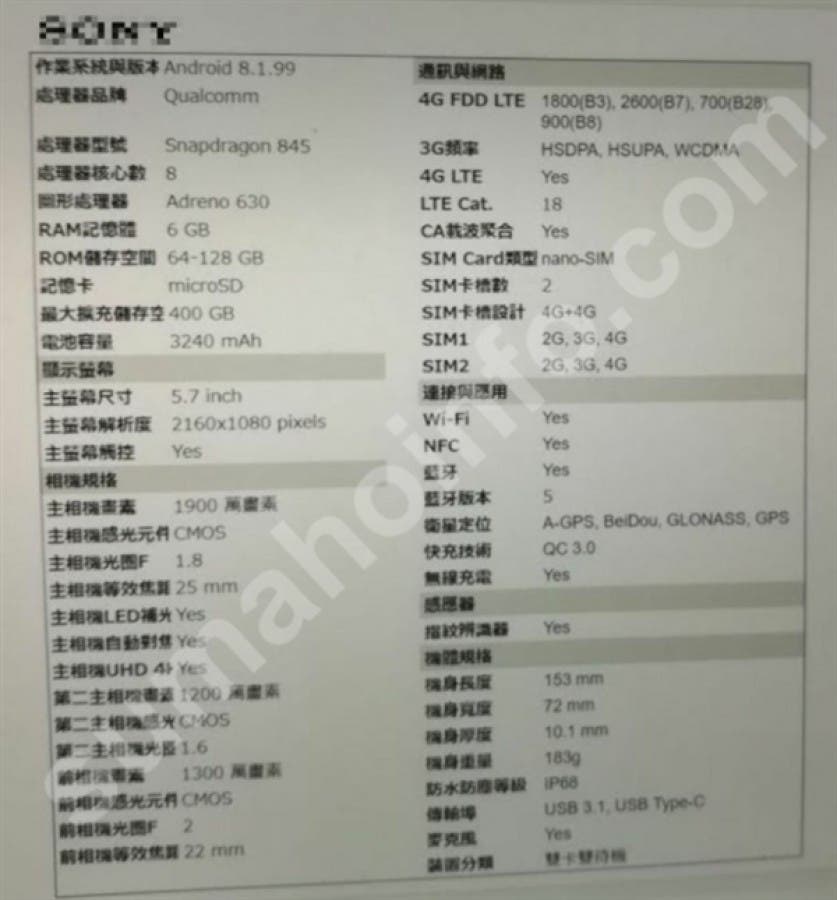 If this spec sheet is to be believed, the Xperia XZ3 will sport a 5.7-inch 2160 x 1080p display Whether it will have an 18:9+ aspect ratio is not yet certain. It will feature the Snapdragon 845 with 6GB RAM and 64GB/128GB onboard storage (expandable via microSD). Even though this phone is not “Premium”, it still is a flagship-grade smartphone. The phone will be powered by a 3240mAh battery with support for Quick Charge 3.0 and Android 8.1 Oreo. It will measure 153 x 72 x 10.1mm and weigh 183g. IP68 certification will also be a part of the bundle.

According to previous reports, the Sony Xperia XZ3 is supposed to sport a single 48MP camera which is contrary to the leaked spec sheet. We cannot say for sure what Sony has in store. The XZ3 was recently certified by ANATEL. Since it is now bagging certifications, a launch in the coming days is imminent.