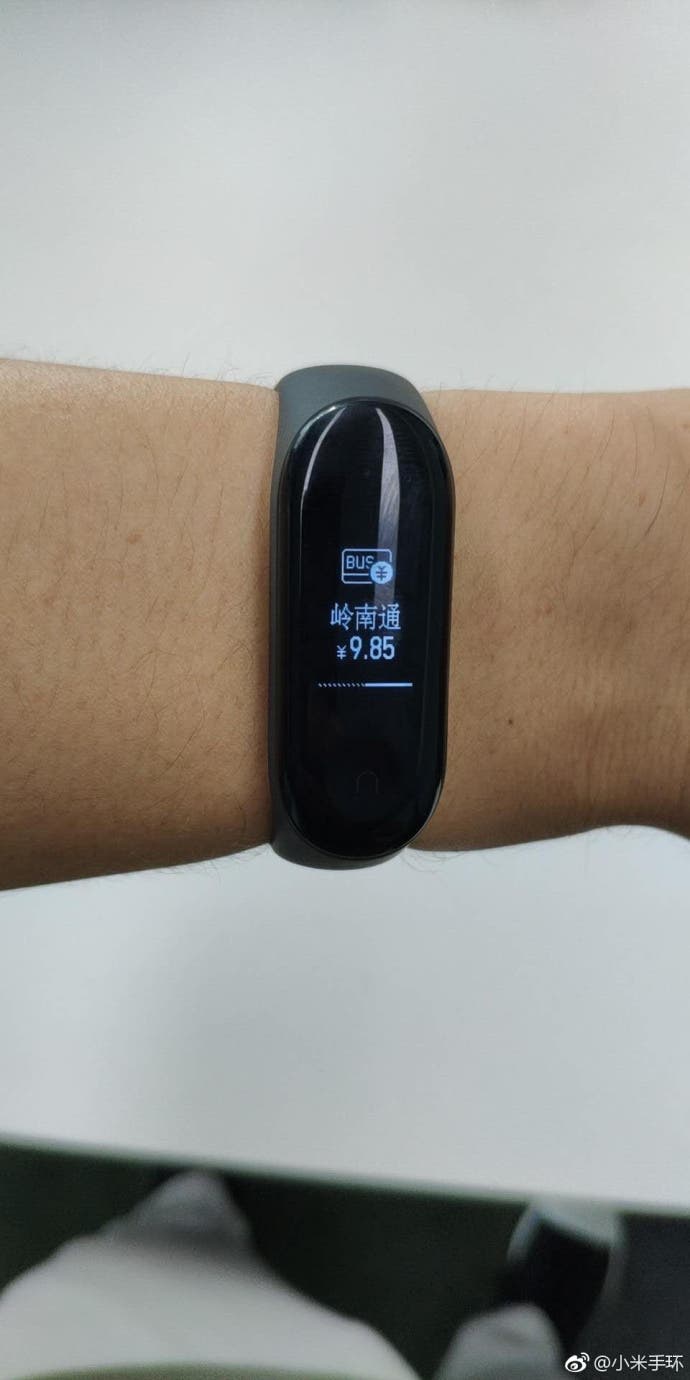 By the way, Lingnan Tong is a smart card designed for paying the travel fares in the buses, metro, taxis, intercity rail transits and ferries in Guangdong. It is also used for payment at convenience stores, supermarkets, on-street parking meters and car parks. It is to be developed for compatible use with smartcards in Hong Kong and Macao, which will further facilitate the transportation network in the Pan-Pearl River Delta region. (Source)

Compared with the ordinary version, the Xiaomi Mi Band 3 NFC version adds support for the city bus card function and supports the bus account recharge payment. At present, according to Xiaomi, our protagonist will open the bus card functions of 167 cities including Beijing, Shanghai, Guangzhou, and Shenzhen.

In terms of the price, the Xiaomi Mi Band 3 NFC version is priced at 199 yuan ($29). According to some rumors, it is expected to be launched in September.

P.S. Instead of bringing the Xiaomi Mi Band 3 NFC version, the company launched the Hey Plus in collaboration with Shenzhen Ruyi Discovery Technology Co., Ltd. This model looks like the original Mi Band 3 but comes with a larger screen of 0.95 inches and supports full-NFC.