With the popularity of smart wearable devices, more and more customers are switching to fitness trackers from classic watches and bracelets. Though the market is full of various brands that are offering different smartbands, the Xiaomi’s models stand out. The first two generations of Mi Bands were popular due to the sense of technology and practicality. That’s why they were accepted by customers easily. However, the Mi Band 2 was launched two years ago. And the company has had to update this product line. It happened on May 31, which the manufacturer announced the Xiaomi Mi Band 3. It got much attention from all corners of the globe. So we should find out what changes made it catch users’ eyes. 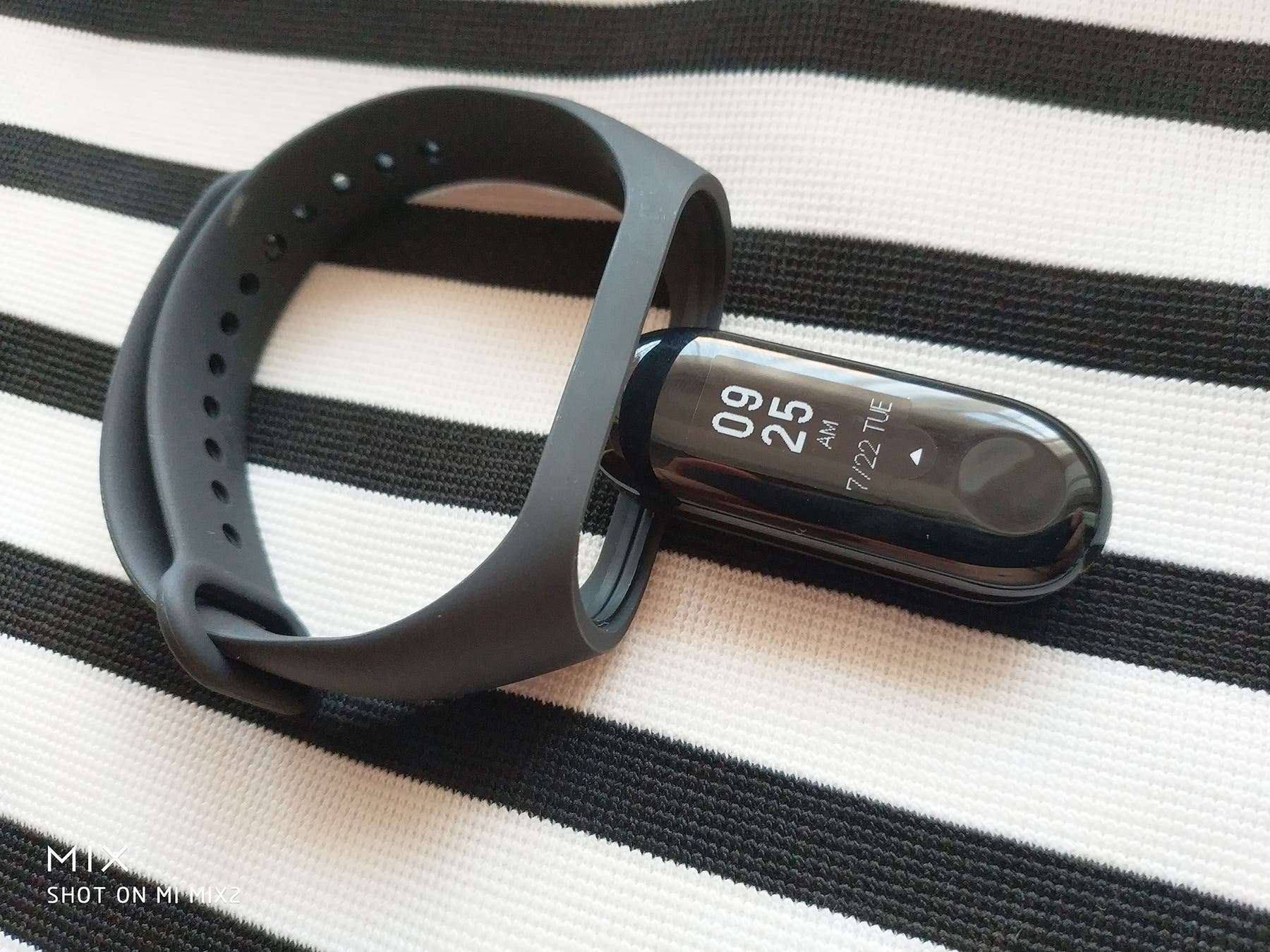 In recent years, Xiaomi products have come in changed packaging. The Mi Band 3 is no exception. Compared with the previous two generations of bands, the Xiaomi Mi Band 3 has a distinctly different packaging style. Instead of a yellow paper box, it uses a new style of white flip plastic design. The main body of the product can also be seen directly through the outer packaging. 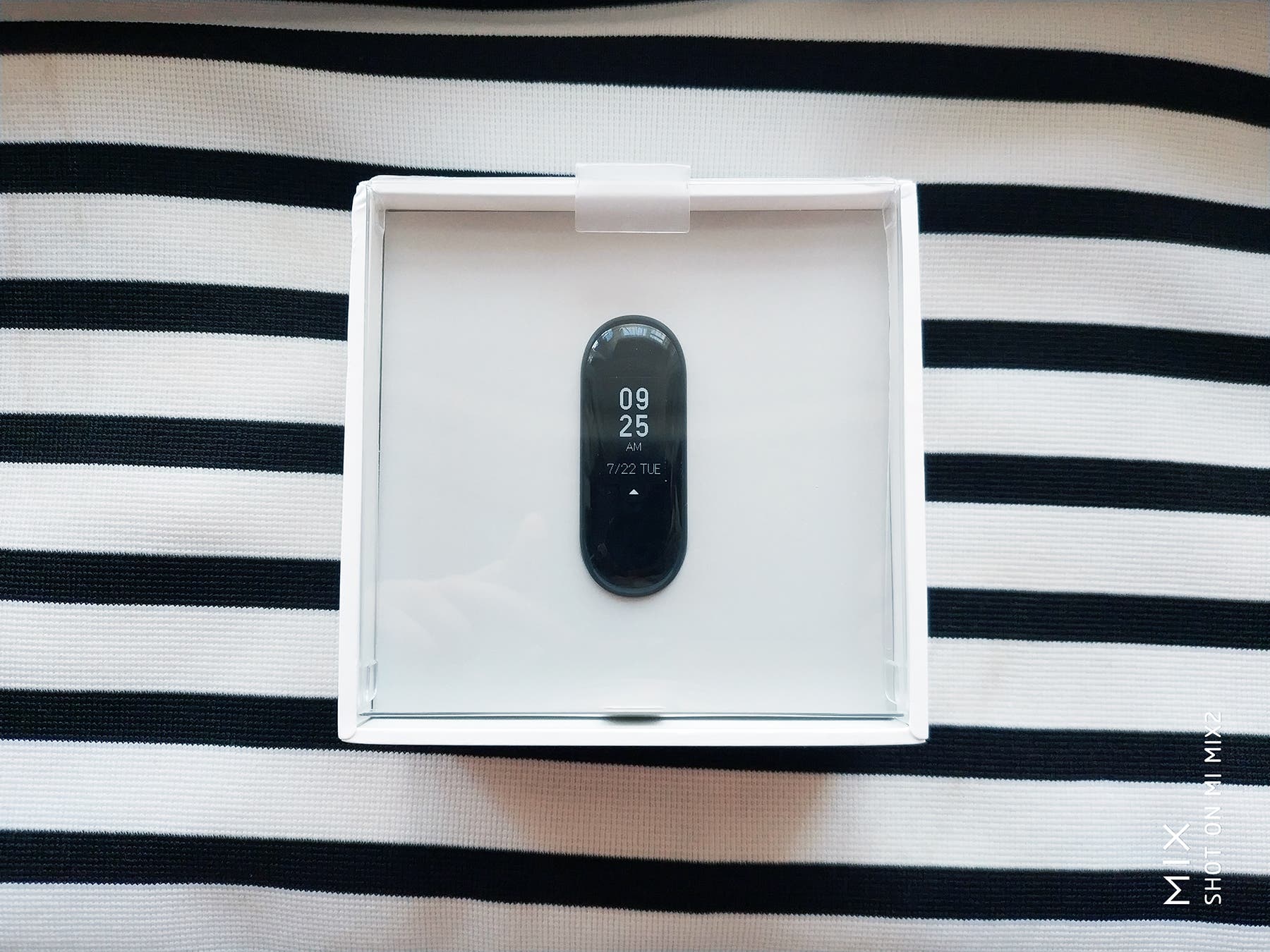 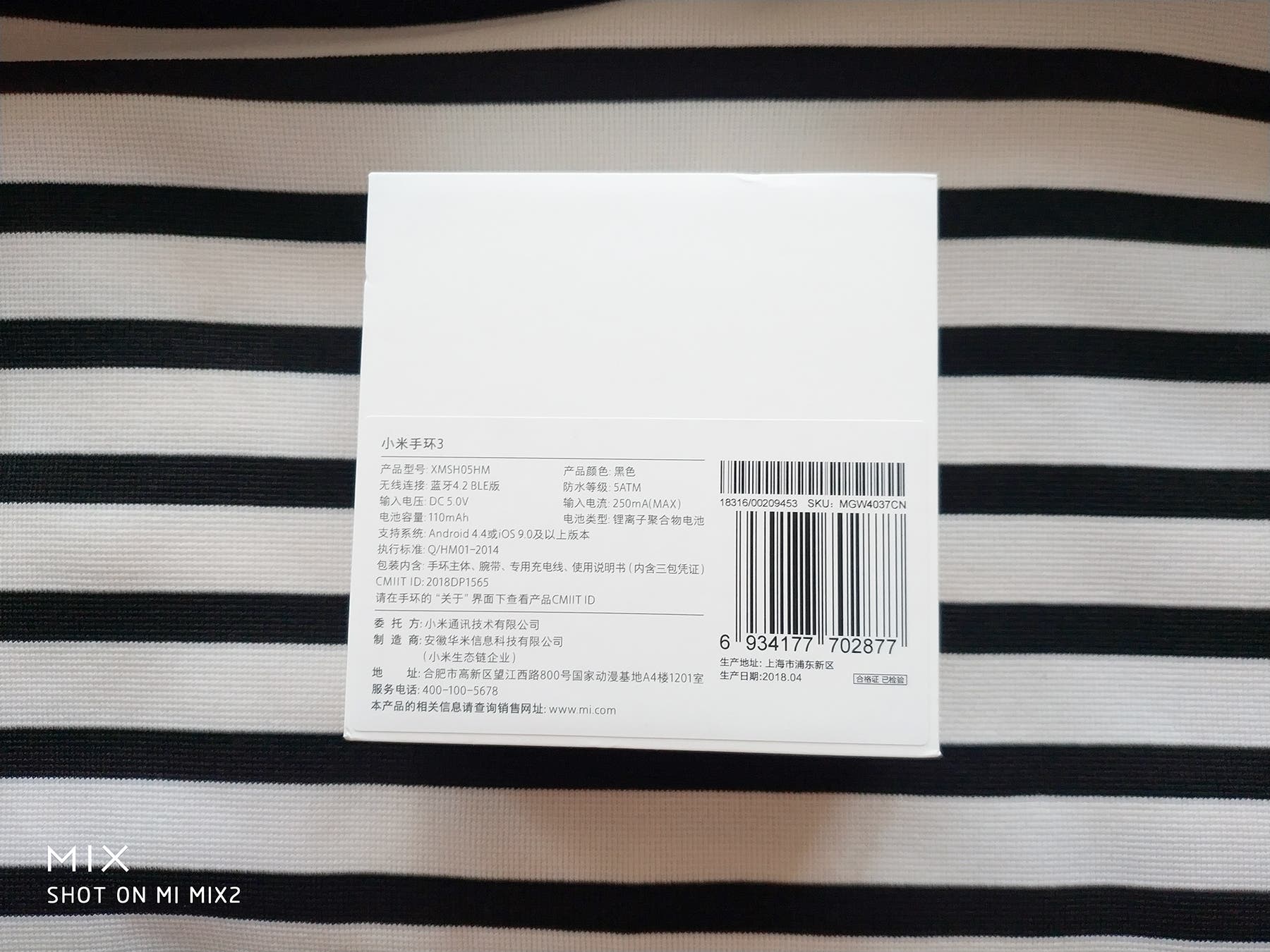 The box includes the main body of the Mi Band 3, the wristband, the charging cable, and the manual. Though there are various color options, including black, blue, and orange, the main body is black for all variants. Even the translucent variant uses the graphite black body. 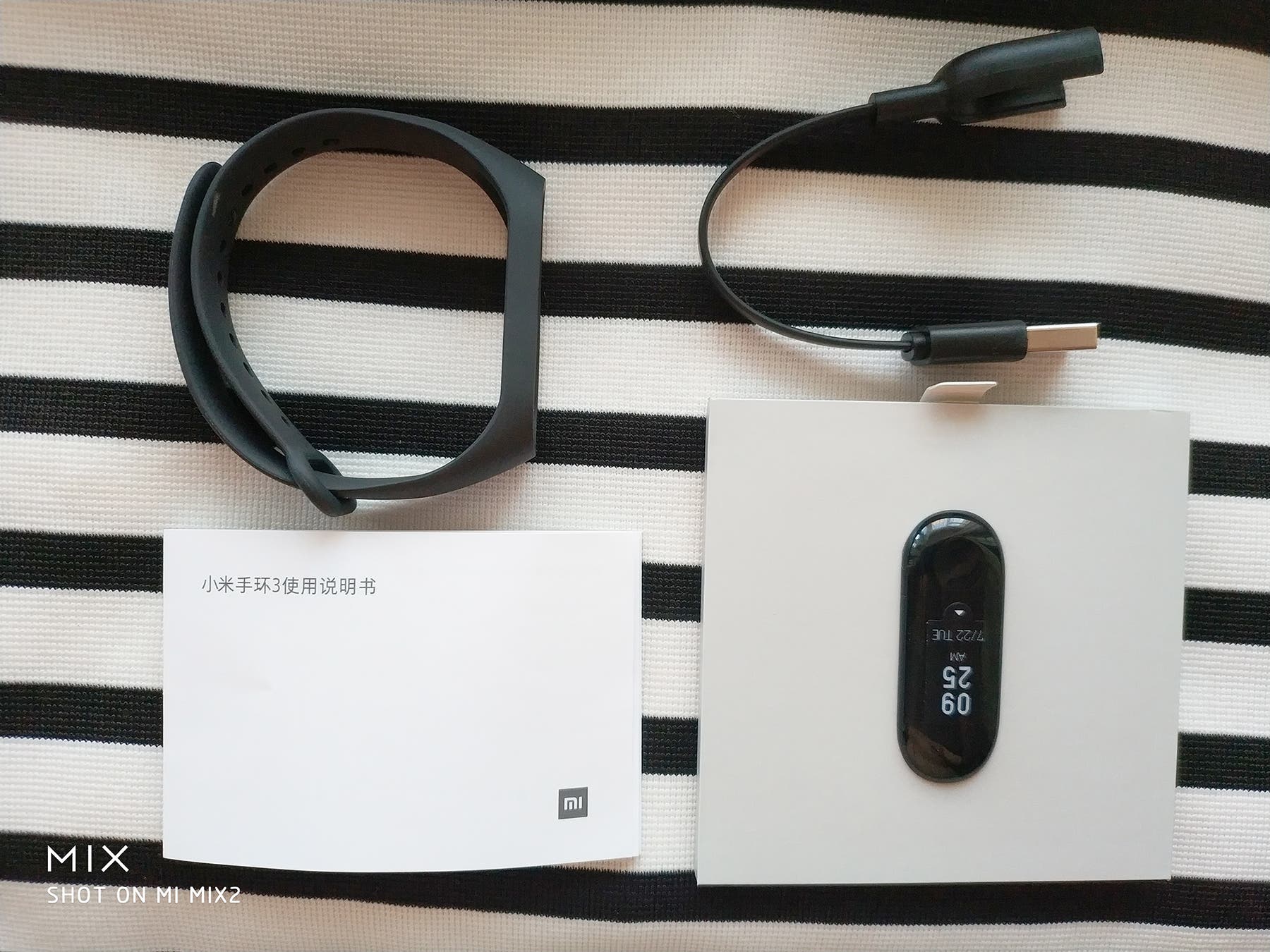 The appearance is the biggest difference between the Xiaomi Mi Band 3 and the previous two generations of bracelets. The main body of this version is treated with a black process that hides the non-pressable button. The bracelet panel is treated with a UV coating process and is covered with an anti-fingerprint coating. As for the look and feel experience, the Mi Band 3 has a stronger sense of integration, with a more exquisite and compact texture than the previous two generations. 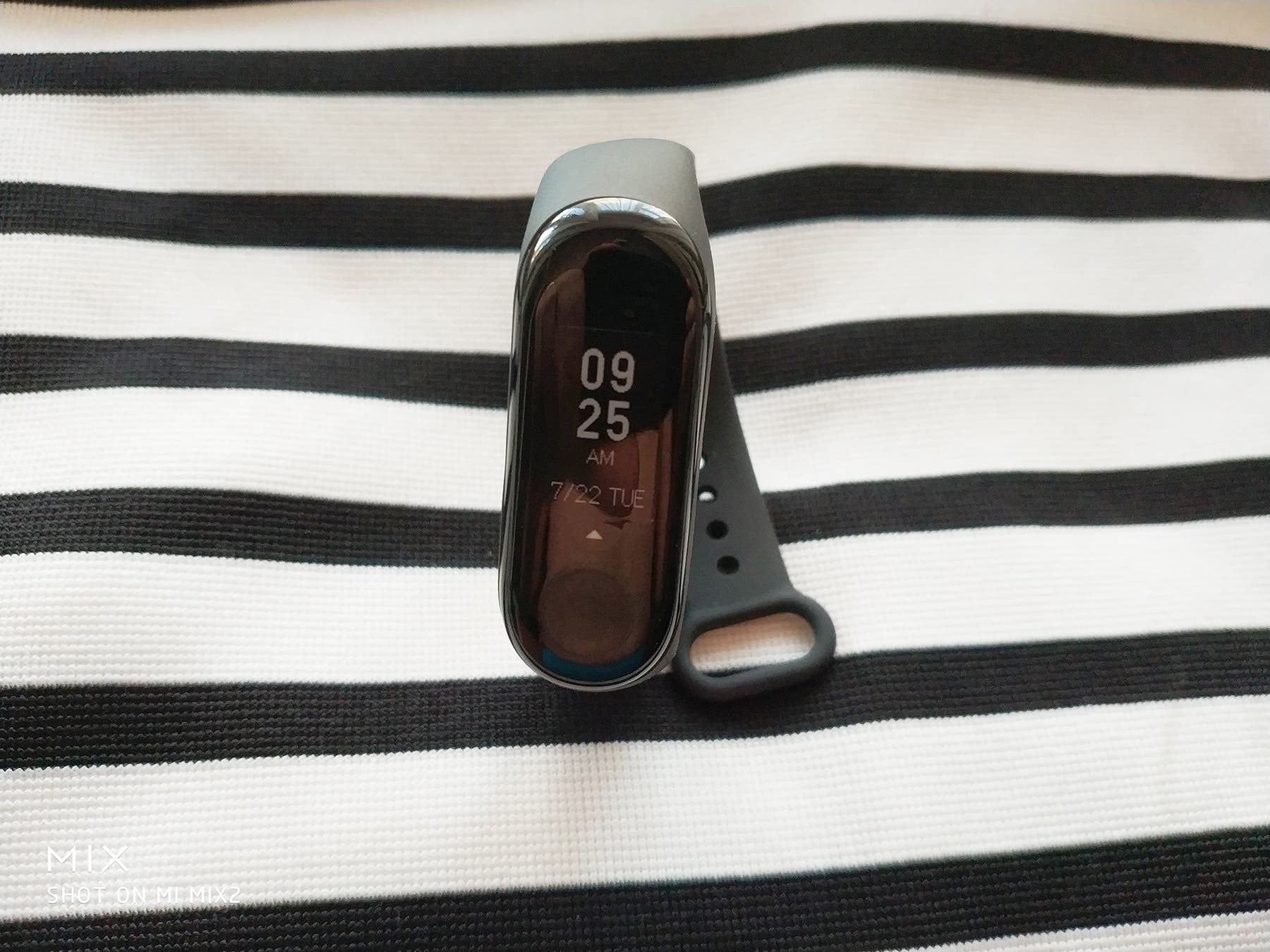 The back of the body is still equipped with a photoelectric heart rate sensor, which will have a green light when working. It is worth mentioning the treatment of the back of the main body is different from the previous models. It adopts a treatment process similar to that of the wristband. 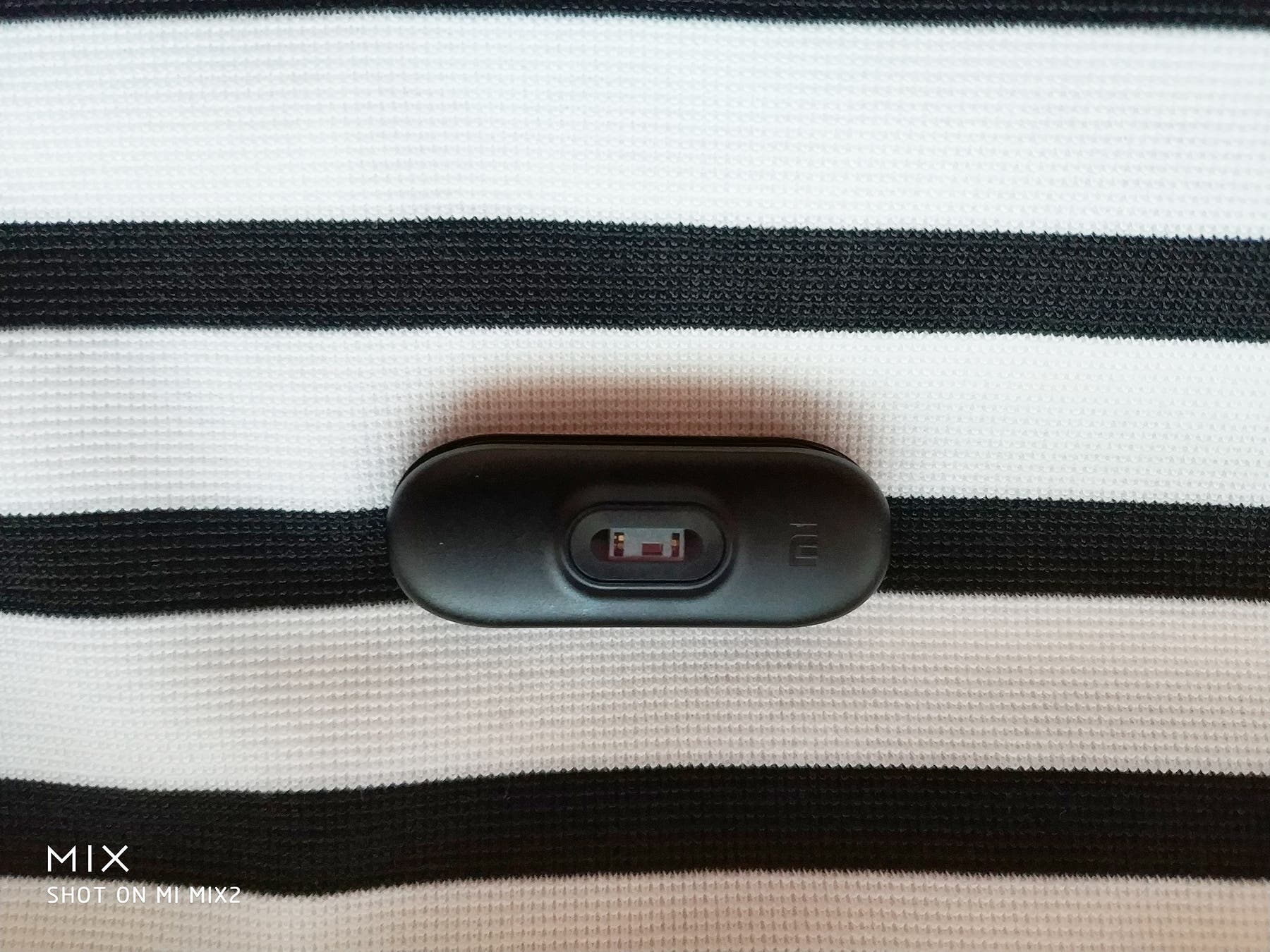 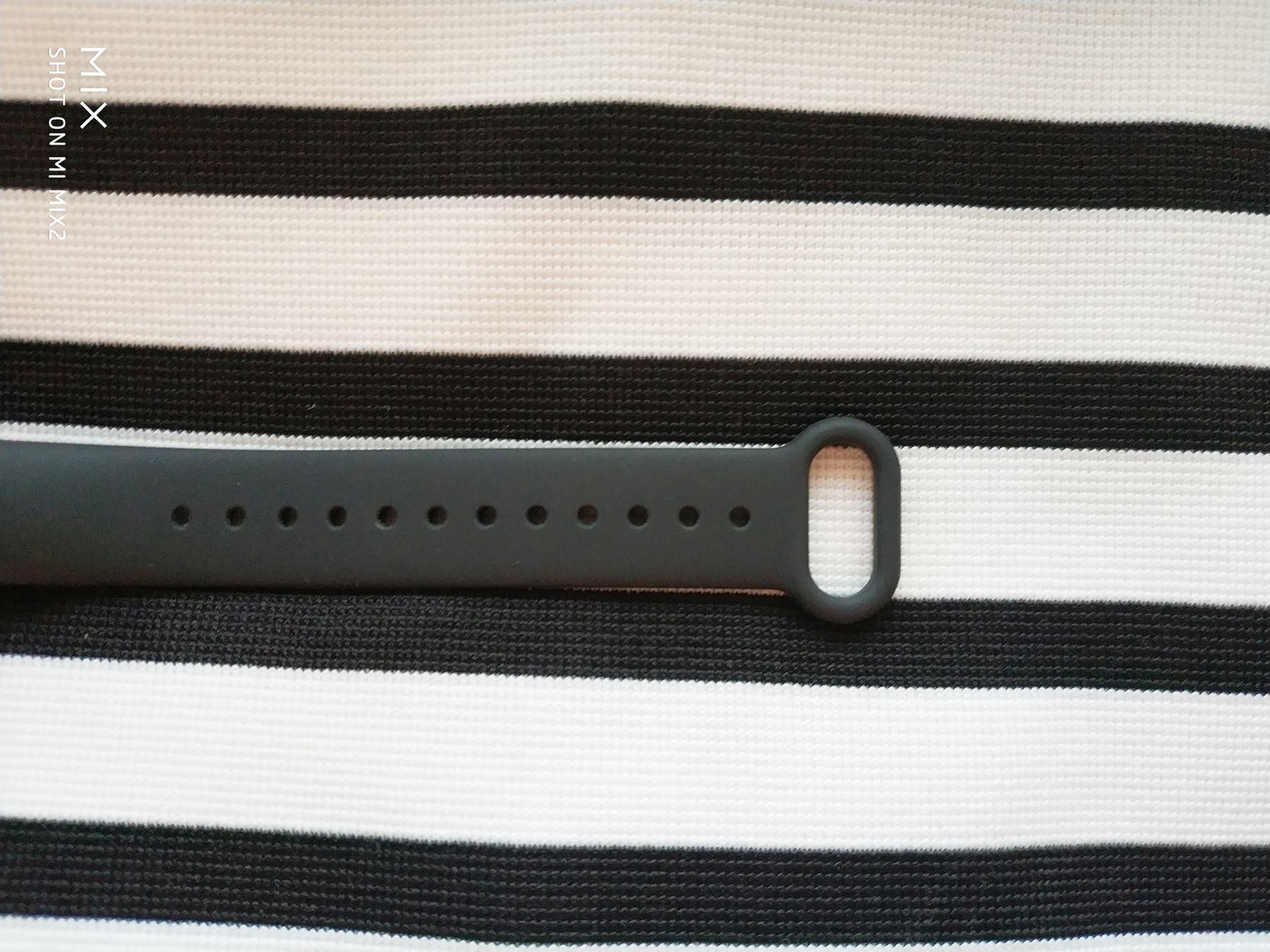 The charging connectors are on the bottom. Compared with the traditional USB interface, the charging method eliminates the inconvenience caused by plugging and unplugging, and also saves valuable internal space. 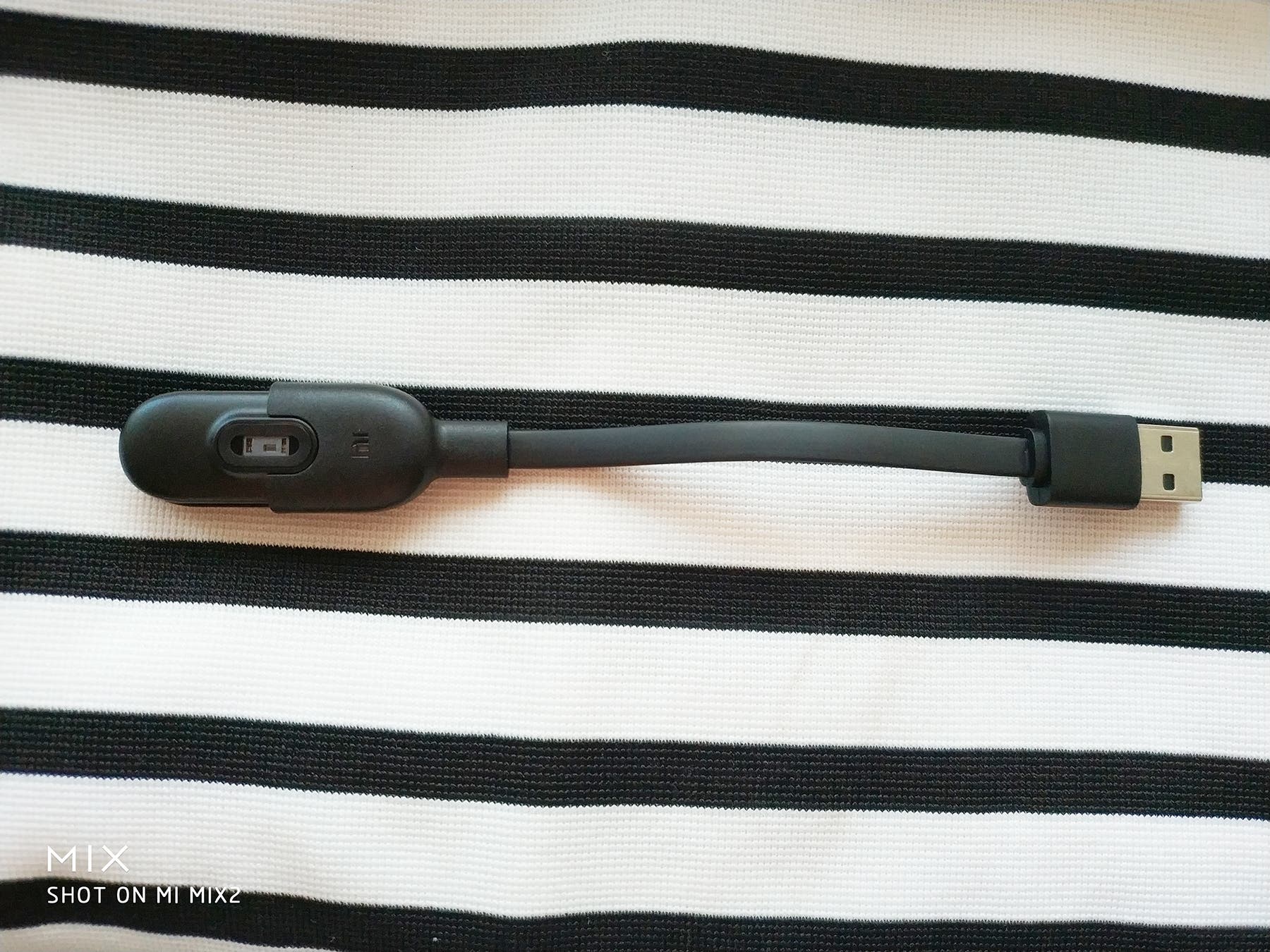 In the first two generations, the problem related to the separation of the main body from the wristband has been solved in the Mi Band 3. Now it adopts a larger nesting area on the wristband to securely hold the main body on the wristband. According to the introduction, the Xiaomi Mi Band 3 adopts a two-color one-piece molding process of encapsulation to increase the ring area to achieve tight meshing. 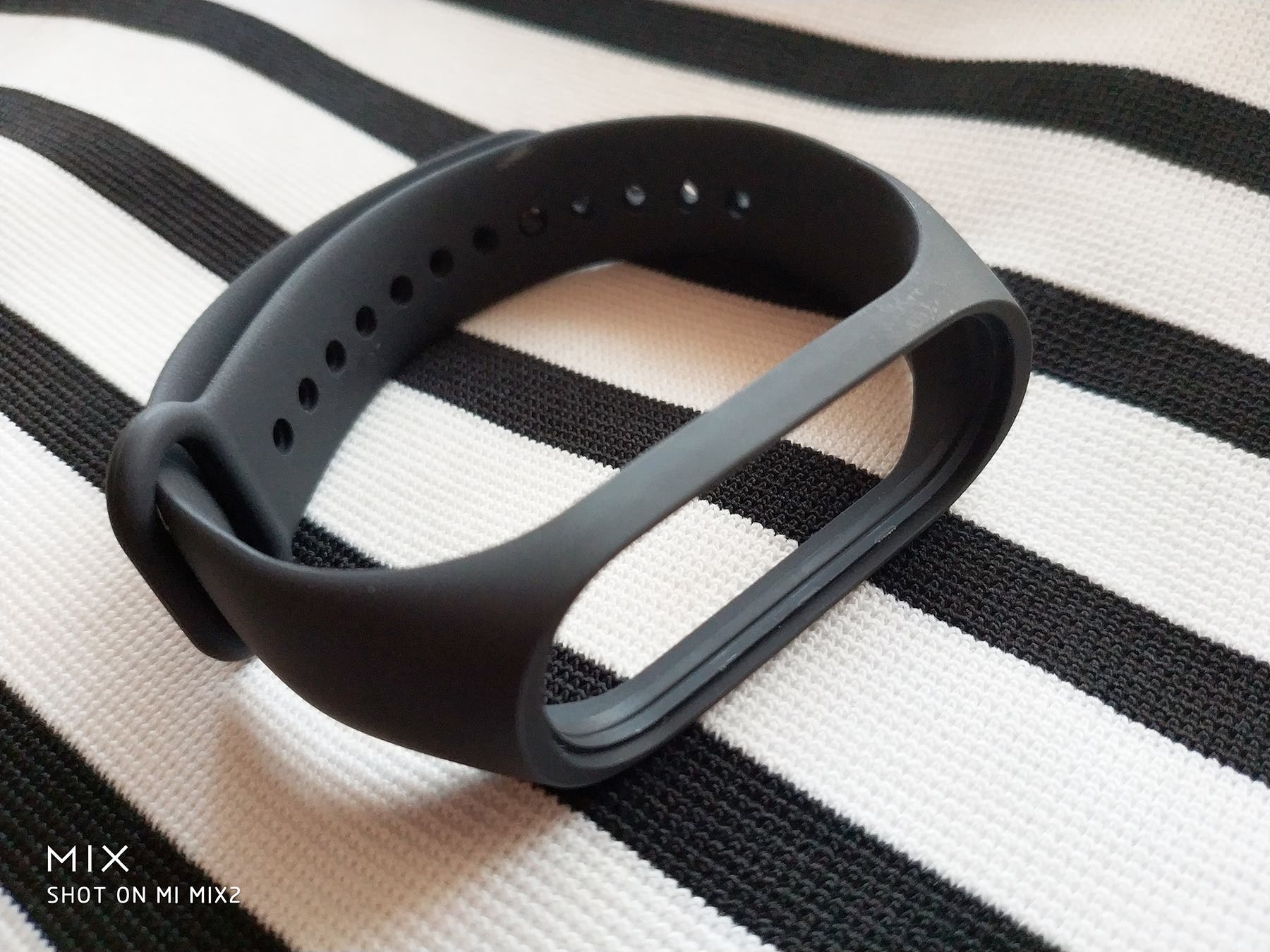 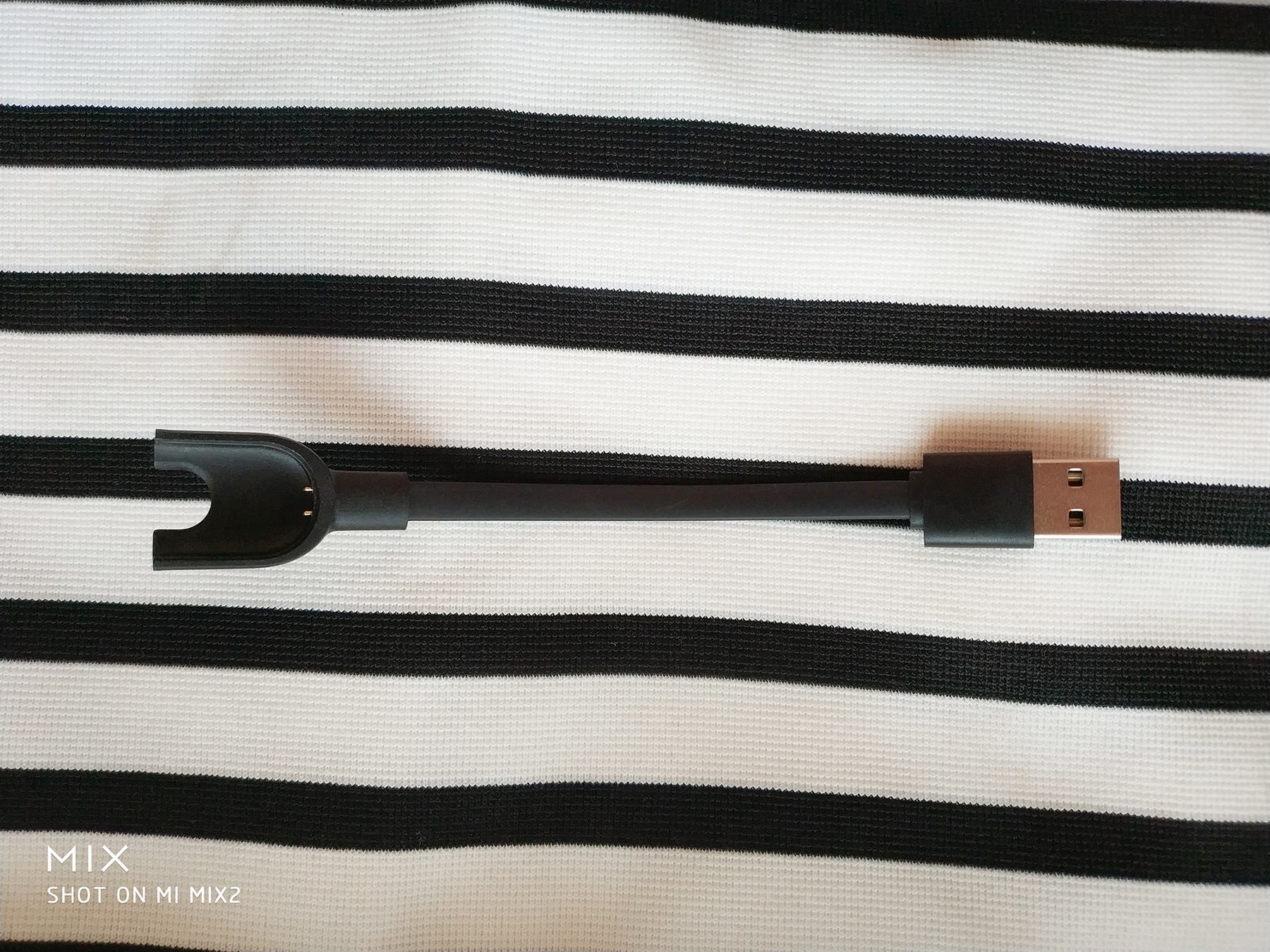 The design of the wristband is identical to the previous model. It uses the same snap-on solution. However, the manufacturer has used a higher quality material, which is felt from the first touch. Its skin-like texture hints we are dealing with a well-designed product. 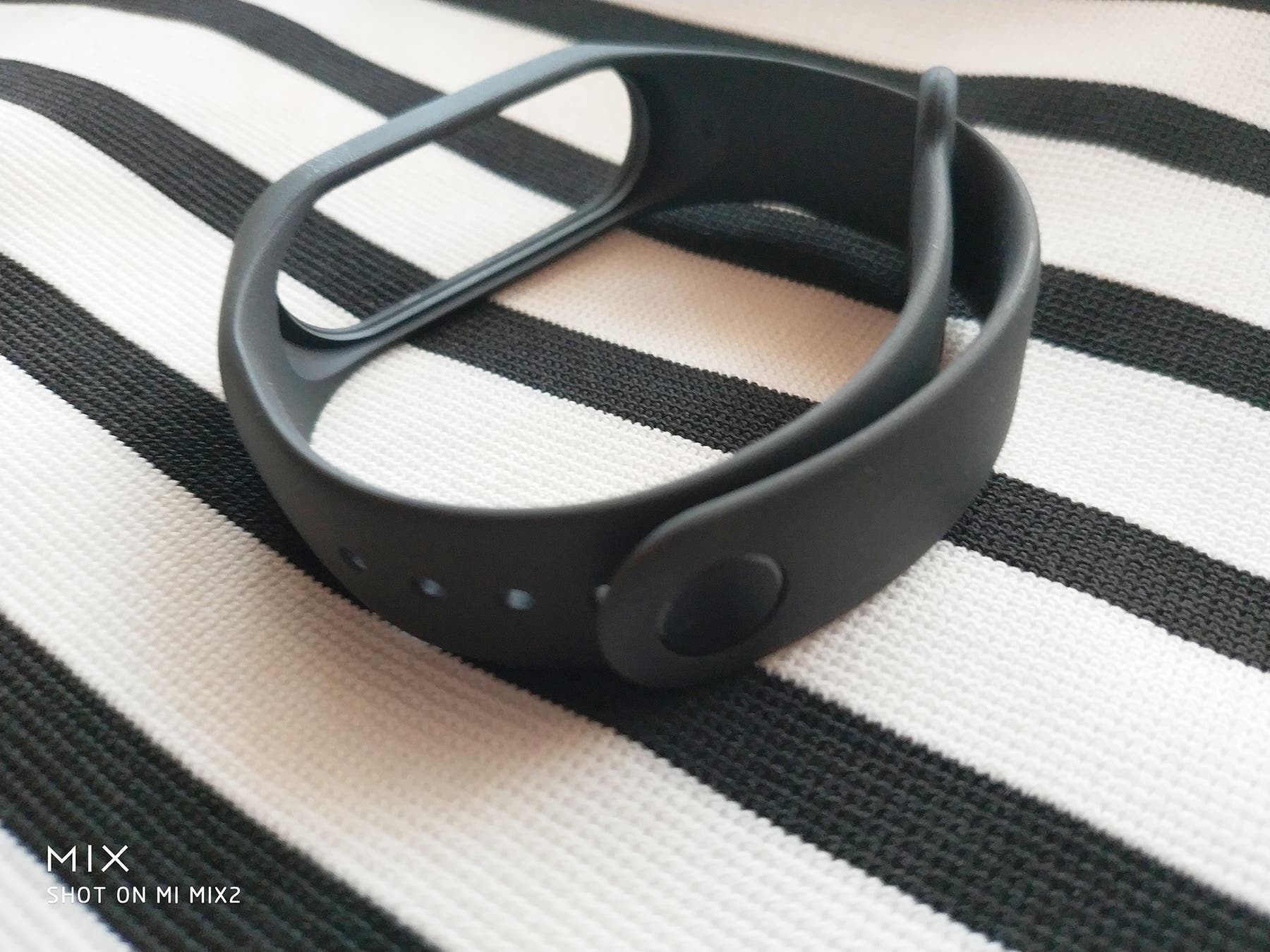 In addition to the difference in the appearance of the main body, the screen is further enlarged. So it not only looks different but also provides better touch operations. The Xiaomi Mi Band 3 uses a 0.78-inch OLED display with a resolution of 128 x 80 and a 193ppi pixel density. As the company likes to say, this band can display up to 24 Chinese characters. And from this point of view, it has obvious advantages over other bracelets on the market. 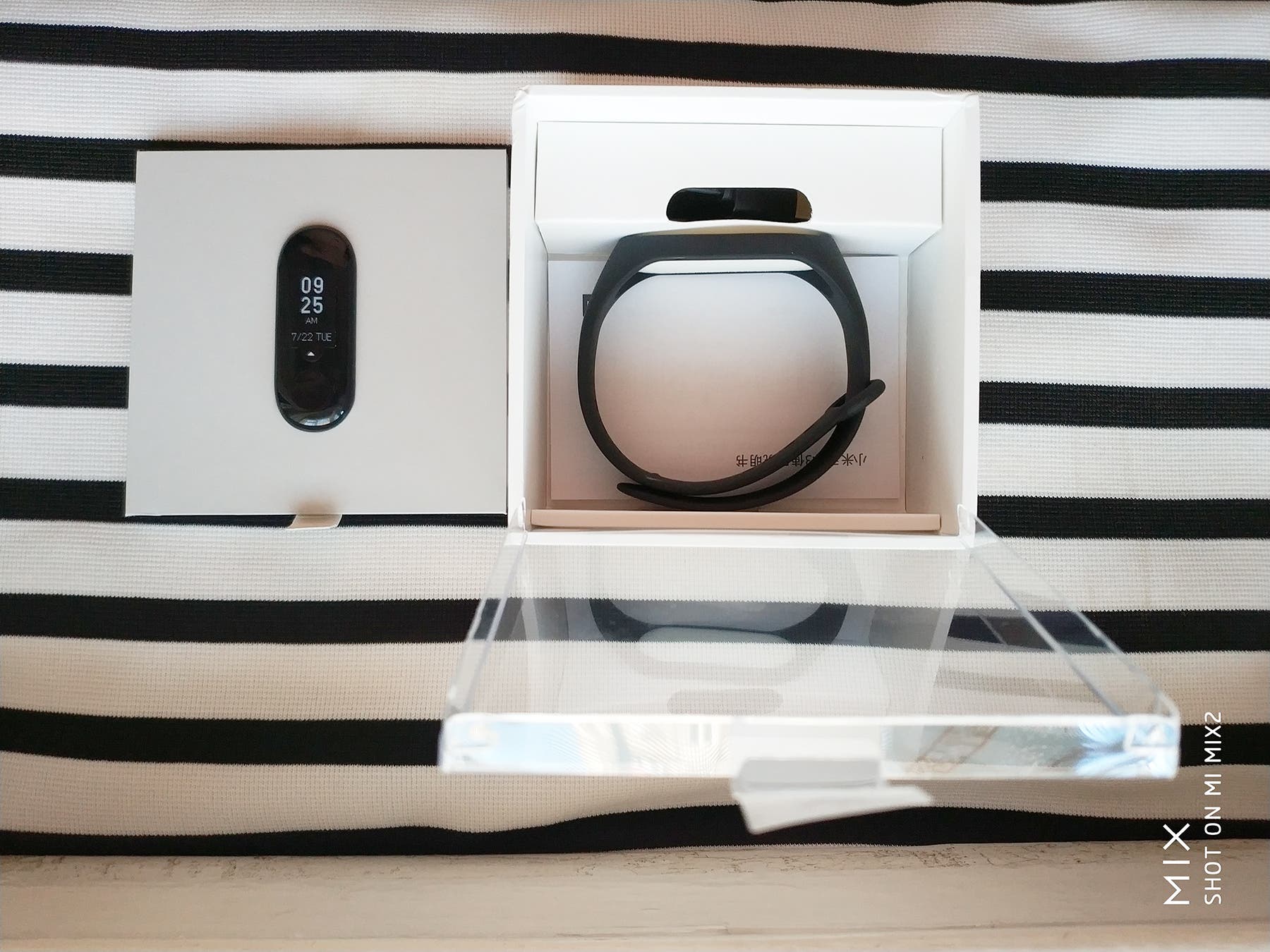 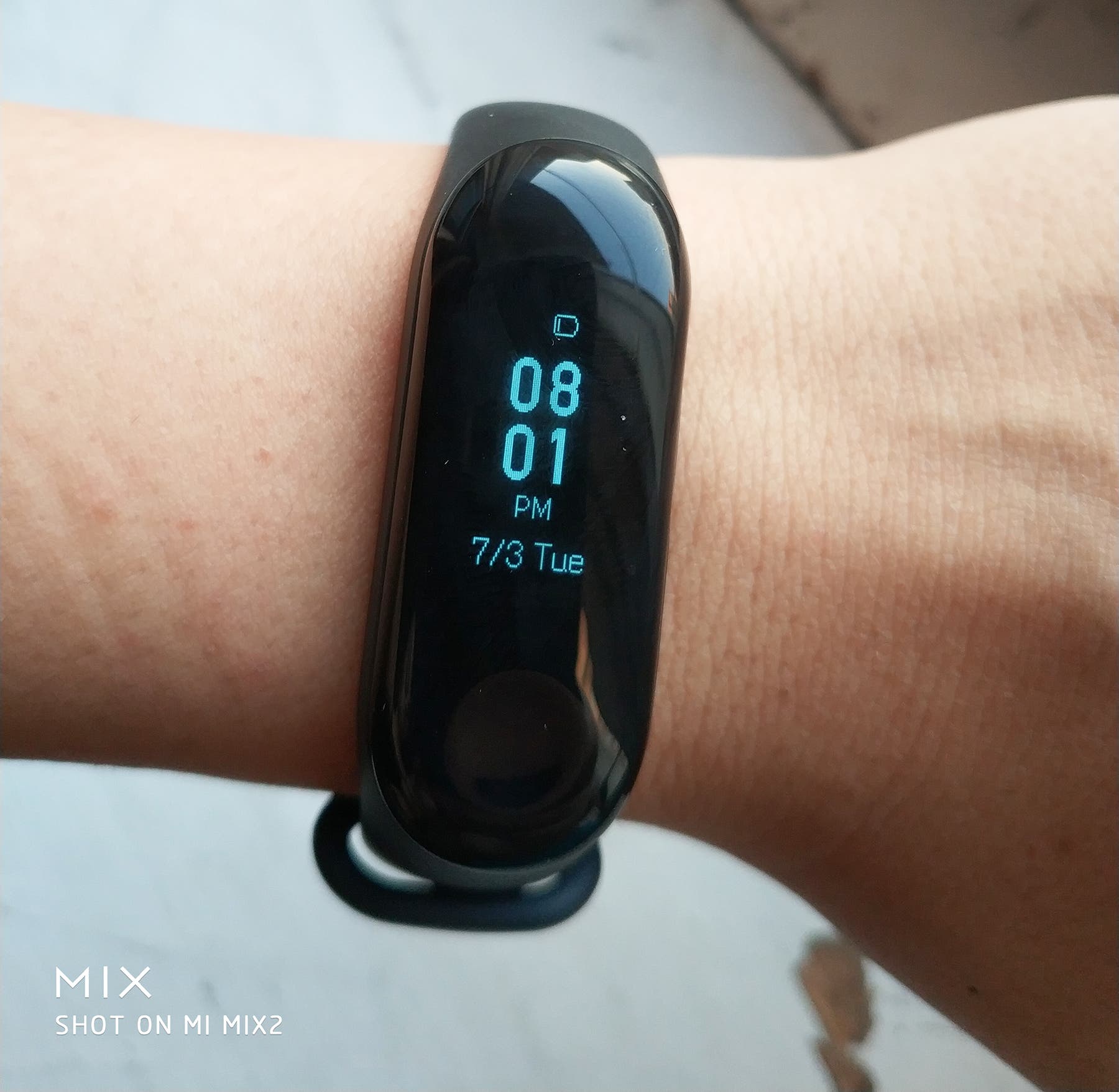 One of the Xiaomi Mi Band 3’s selling points is the 5ATM waterproofing certification. Thus, it can be used when swimming. But we should note the screen loses its touch functionality in the water like many smartphones.

In line with the previous Mi bracelet, it is also used on the smartphone with the ‘Mi Fit’ app, and the sync process is also the same. Through the app, users can view the status, function management, etc. 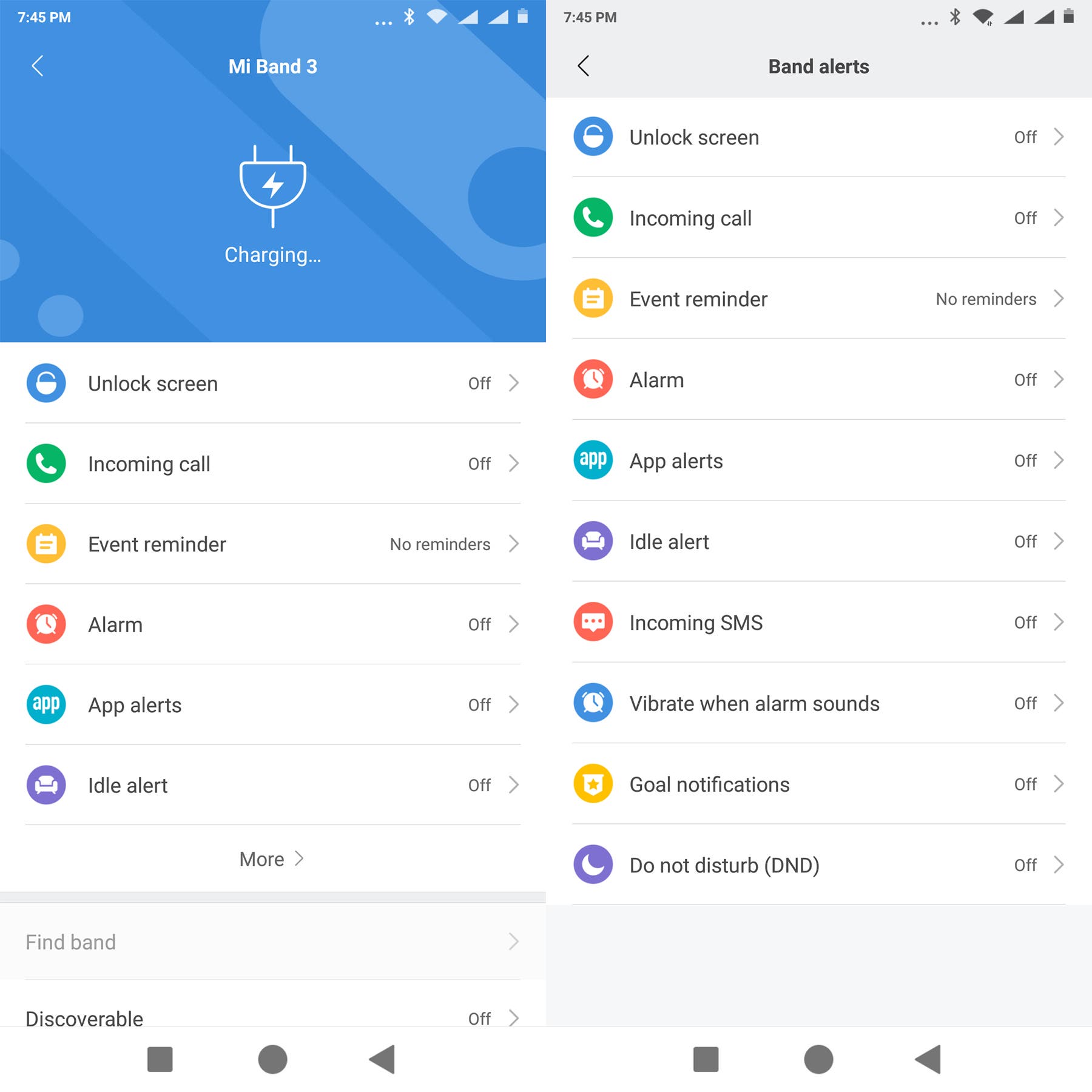 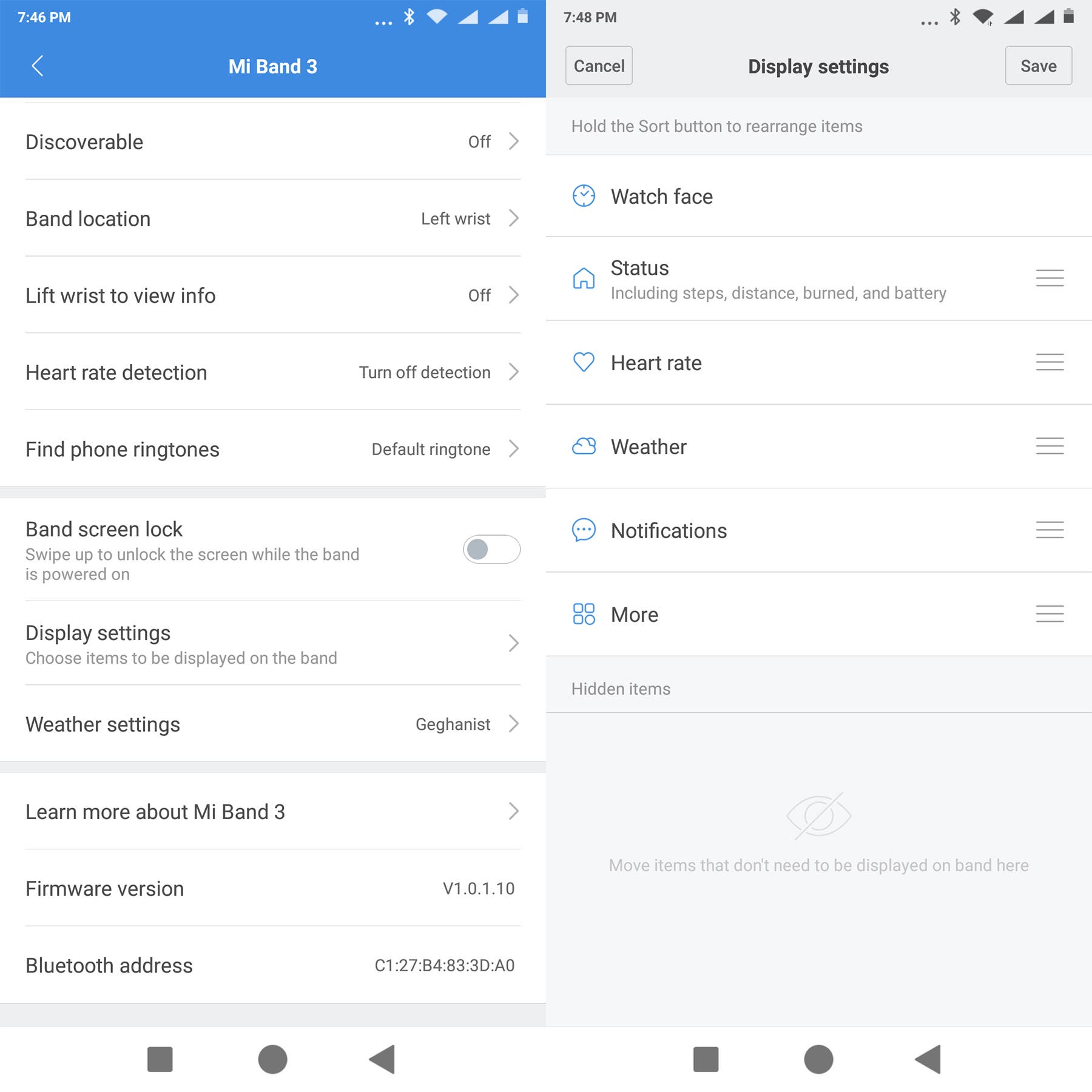 The Xiaomi Mi Band 3 supports many reminder functions such as the sedentary reminder, event reminder, etc. Plus, it supports a real-time heart rate detection function and views sleep quality. 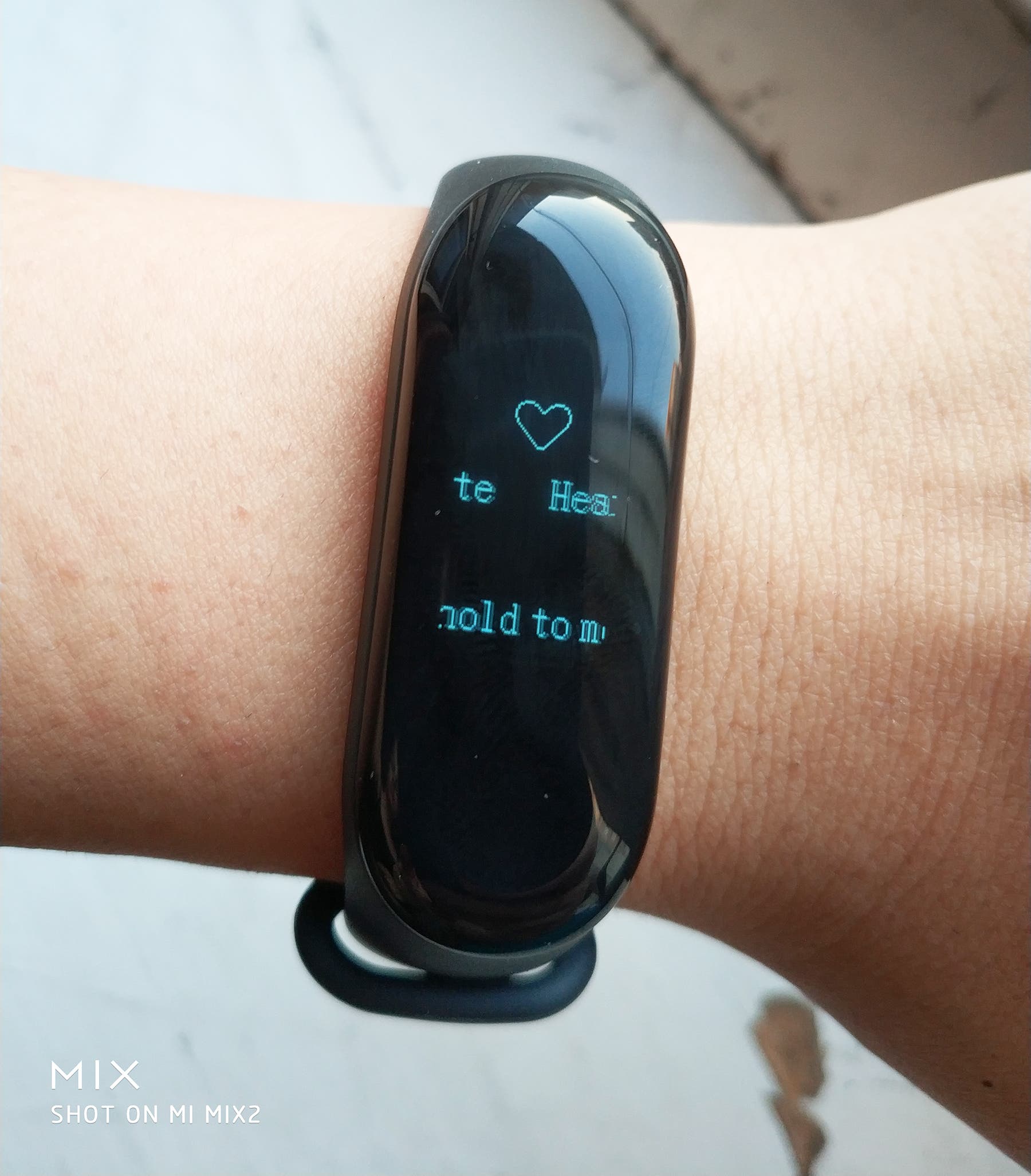 Thanks to the screen size increase, the Mi Band 3 can implement way more functions directly from the body’s screen. Say, we can view the date and time, band’s status, motion information, heart rate, weather forecast, mobile notifications, and so on. All operations can be listed by sliding on the screen and selecting via a long press. 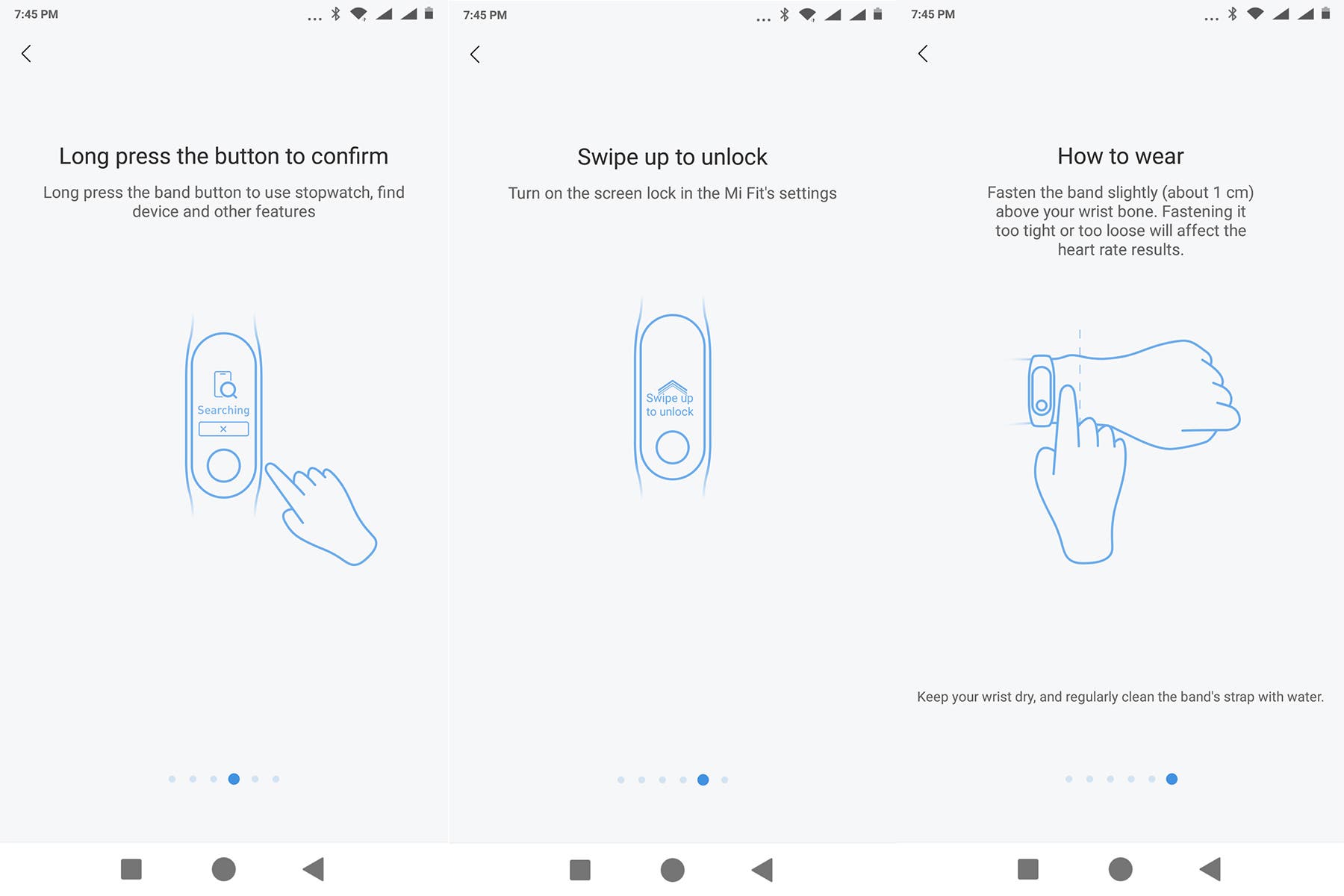 If the motion information and other data are shown in a common way, the message notification function has been updated. Now the Xiaomi Mi Band 3 will show the message content by swiping left and right on the screen. 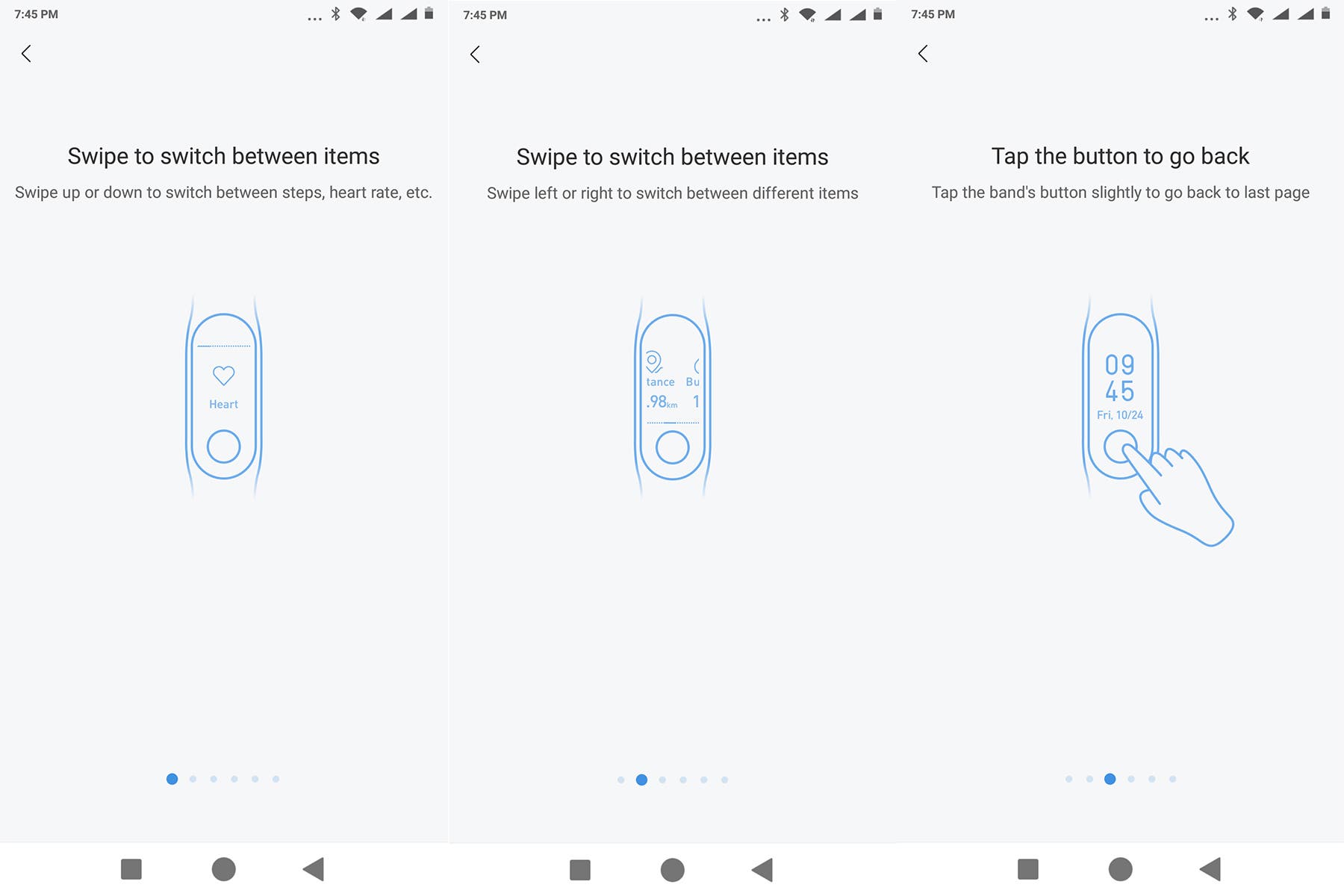 Even do not dream of replying to those messages via the Mi Band 3.

One of the features we liked most is the ability to use the stopwatch, find the phone, and dial style options directly from the screen. No need to open the APP to implement these operations. 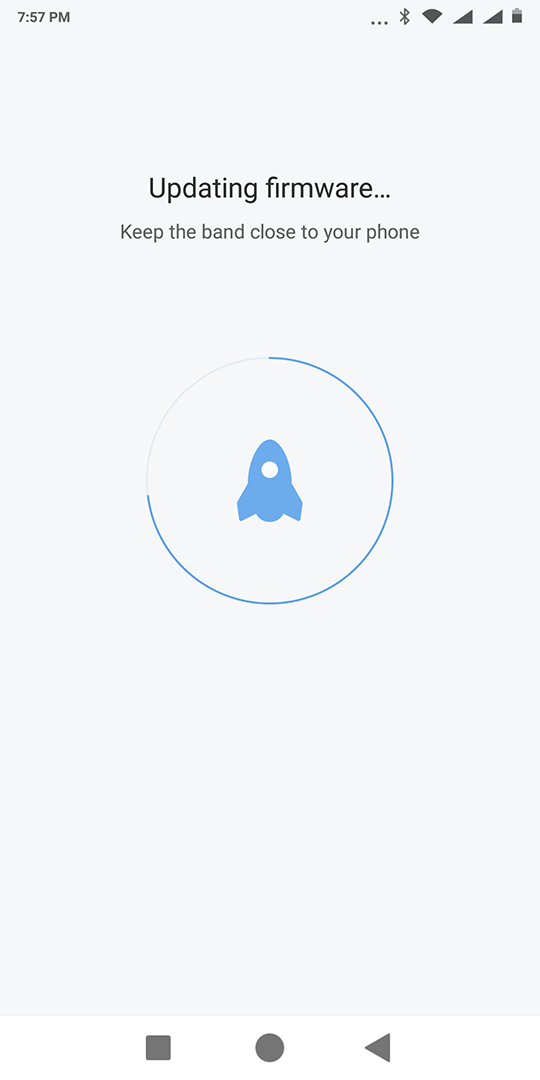 In addition, when the APP is in the sports mode, the Mi Band 3 will keep ON the pedometer. So, when you are running or riding, you can easily display your key data in motion through the screen. 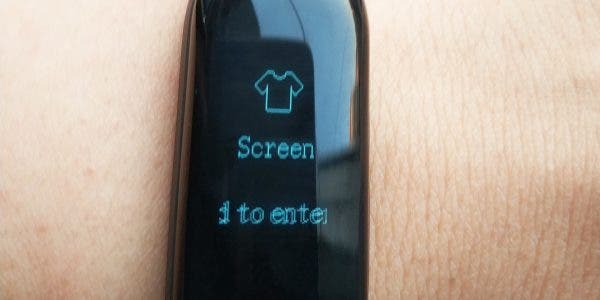 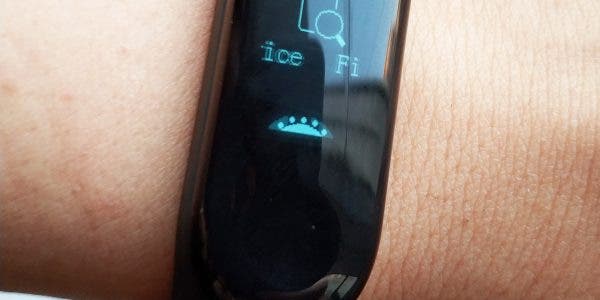 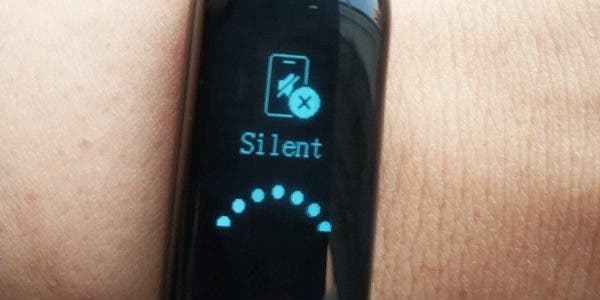 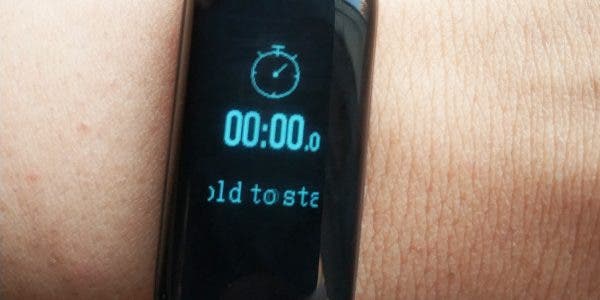 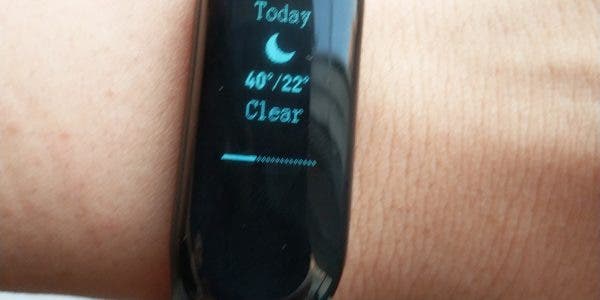 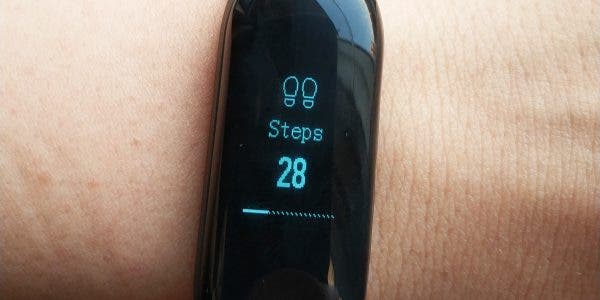 In terms of various functions, the Xiaomi Mi Band 3 has a distinct experience advantage over the previous two generations. At the same time, it allows users not to use smartphones to implement various functions. So we can state this fitness tracker can do much more than many models available on the market.

What’s more important, these features didn’t affect the Mi Band 3’s pricing much. The regular version is priced at 169 yuan ($25). Thus, for a quite low price tag, you can get your hands on a smartband that has inherited many features from a regular smartwatch.

In short, the experience brought by the Mi Band 3 will not be disappointing, and it is bound to become one of the best fitness trackers on the market.

Previous Xiaomi Is Working On A Smartphone For the U.S.