On May 31st in Shenzhen, Xiaomi released its new generation of Mi Band – Xiaomi Mi Band 3 alongside other Xiaomi devices. At the time of release, this band comes in three colour variants – Orange, Blue, and Black. Now, a new version of this bracelet just appeared online. This version is called Xiaomi Mi Band 3 Explorer Edition and it comes with a translucent band. 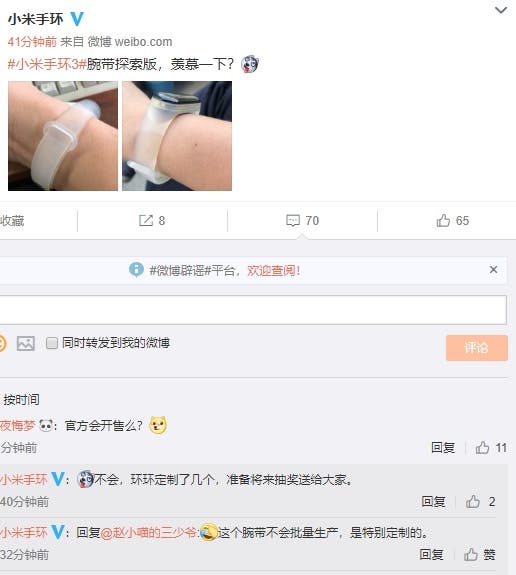 This is quite out-of-the-line because the phrase “Explorer Edition” is usually used for Xiaomi smartphone lineups like the Xiaomi Mi 6 Bright Silver Explorer Edition or the Xiaomi Mi 8 Explorer Edition. This band was displayed on Weibo and it is currently available in black, orange and blue colours just like the regular version. The Xiaomi Mi Band 3 Explorer Edition is quite attractive but there is a disappointing news, it will not be sold but this specially customized Mi Band 3 with a translucent band will be gifted to Mi fans in a lucky draw. The details of this lucky draw are not known for now. The new band is currently available on Geekbuying, Gearbest, and Banggood for different prices. See the price listing and buy links below

Next Huang Zhang: Meizu 16 Series To Launch "As Soon As Possible"