Today, Huawei EMUI took to its official Weibo account to announce that the Huawei Mate 9 series and P10 series are next in line to get GPU Turbo update. As of now, the company has commenced recruitment for beta testers interested users can go to the Huawei club forum to sign up for early upgrades. Specifically, the models to get this update include 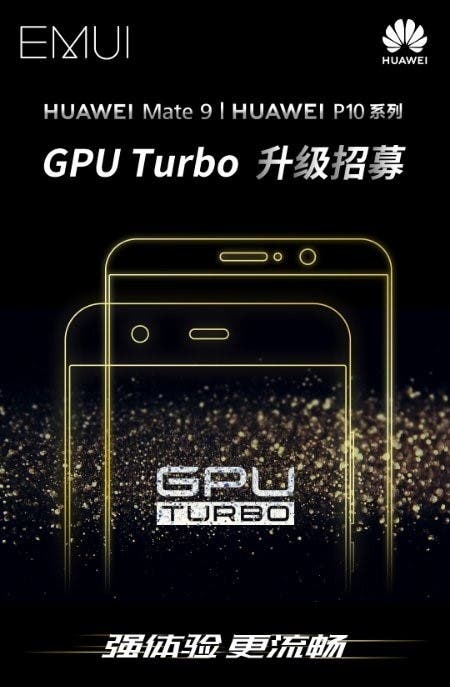 According to Huawei Club forum, this recruitment is a closed beta testing so only 2000 users without log version and 200 users with the log version will be accepted. Ensure that your device is on version 8.0.0.359 of the firmware before registering. Please note that once you get this beta update, you can not roll back to an older version but there is a chance that you can update your device to a newer version. To confirm your firmware version, you can head to Settings > System > About phone > Version number > Member Service Registration. Click HERE and HERE to follow the threads on Huawei’s club so as to know the rules of the update (you will need a good translator to use the links).

Previous Xiaomi To Build A 100,000 sq/m Industrial Park In China