Every time your phone is out of power during the day, when your phone suddenly drops to the floor or into water, have you ever considered a new phone which features a large battery, protected body and good performance? As a new combination of massive 10000mAh battery and rugged body, the WP2 is definitely a phone to look forward to. Based on military grade IP68 waterproof standard, OUKITEL developed the WP2 to be strictly protected from different kinds of liquids.

In the video, the WP2 was taken to wild to be washed out by cascade and stream erosion. Undoubtedly, the WP2 was not invaded by water at all. Normally a smartphone will turn off automatically when it is too cold or too hot. But as a rugged phone, it has to stand the trial of different tough environments. The OUKITEL Lab put it into a water tank and get frozen for more than 43 hours to see if it still works well in extremely cold environment for a long time. Surprisingly enough, the WP2 didn’t turn off like other smartphones. It works perfectly with no stuck after long time in frozen environment. Then through hot water challenge, the WP2 was soaked for half an hour, it didn’t let us down neither. Though the body was very hot after hot water soaking, it kept working.

If the above tests are all about water, then how about liquids which have lower density than water? The OUKITEL Lab threw the WP2 in Pepsi cola and Budweiser for 30 minutes and washed the phone with cleanser essence, all of that didn’t damage the normal work of phone. 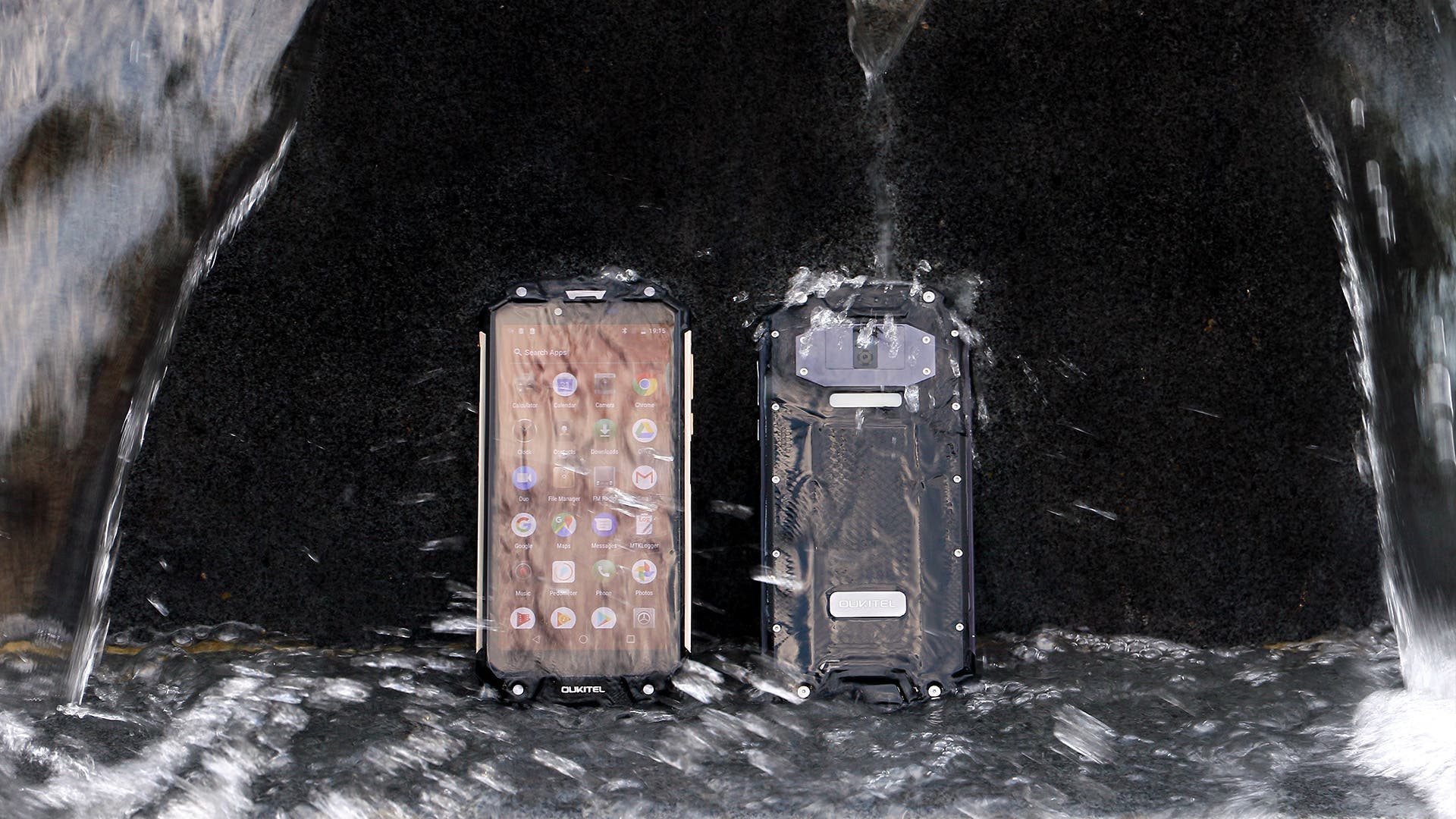 The WP2 is precisely protected not only by a combination of soft and hard waterproof material, but also concisely protected in every details like the SIM card try, type-C USB port, receiver, speaker, mic, screw holes gap, etc. The OUKITEL WP2 is a exquisitely well designed rugged model, but also gets powerful specs. It will carry a 6 inch FHD+ display with Corning Gorilla Glass, 4GB RAM, 64GB of storage, 16 mega pixel rear camera, 8 megapixel front camera, 10000mAh for everlasting use with 9V/2A fast charge, side fingerprint sensor, NFC functions, and Android 8 OS.

Available in two colors, gold with black and total black, WP2 is planned to go to market by early September. Would you like your phone to be as tough as WP2? Then go and join the activity OUKITEL is running on the official website where they’re giving away two WP2 rugged phones and a presale discount notice.

Do you have any suggestions on how to torture test the WP2? Comment below as OUKITEL might be reading the comments!

Next Xiaomi To Build A 100,000 sq/m Industrial Park In China