The rumors about laptops sporting a Snapdragon 835 have been spread in the net starting mid-2017. Earlier this year, we saw a couple of ACPC packed with this chip. What’s interesting, Qualcomm has been making SoCs for mobile products only. And with this move, it starts a struggle against Intel and other top chip makers. So when the Lenovo MIIX 630 was launched at $899.99, not many customers to switch to this platform. The price is not too low, and it still provides a performance identical to the Intel’s ultra-low voltage mobile processor. Obviously, there is no serious reason to choose it. Everything should change with the release of the Snapdragon 850. 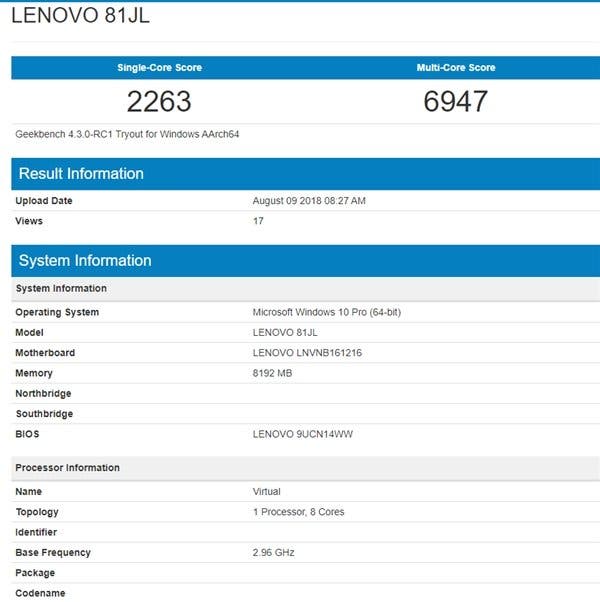 Recently, according to the Winfuture report, a Lenovo notebook with a new processor appeared in GeekBench 4’s database. There is every reason to think the laptop is packed with a Snapdragon 850, as the chip has an octa-core design and a 2.96GHz clock speed.

Previous All HMD Global made Nokia phones to get Android 9.0 Pie update