Once the Snapdragon 845 was announced, the rumors concerning the Snapdragon 855 never stopped. It’s expected to launch at the end of 2018. According to the previous leaks, this chip is said to run on a 7nm process node and to integrate the X50 5G network baseband. However, it turns out Qualcomm has prepared another model between the SND845 and SND855. We are talking about the Snapdragon 850. 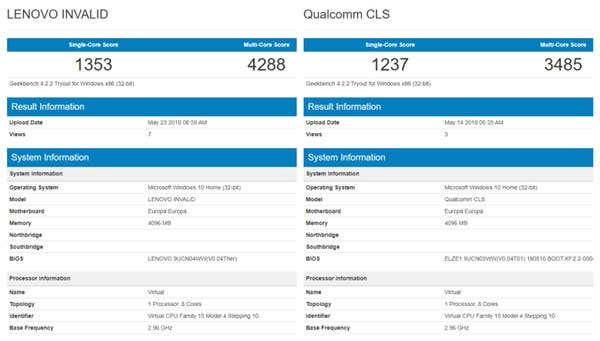 The first ARM notebooks launched last year. They are the HP Envy x2, the Lenovo Miix 630, and the Asus NovaGo. They all carry the Snapdragon 835 chip, positioning the ACPC (all-internet PC). Thus, the main purpose it comes with is the 4G internet access everywhere. However, because of the limited performance of the Snapdragon 835 and the efficiency of the Microsoft simulator, ACPC’s performance when running the Win32 .exe program did not meet people’s expectations. And it was even more difficult to compete with the Intel x86 platform.

We have been thinking the Snapdragon 845 should replace it and solve the mentioned problems. Previously, it was reported that Lenovo laptops based on Qualcomm’s Snapdragon 845 mobile platform had appeared in GeekBench, codenamed Europa. In the GeekBench test, the laptop achieved 1353 points and 4288 points in the single-core and multi-core tests, respectively. Compared to the Snapdragon 835 platform, the single-core performance is increased by 50%, while the multi-core performance is increased by 25%. 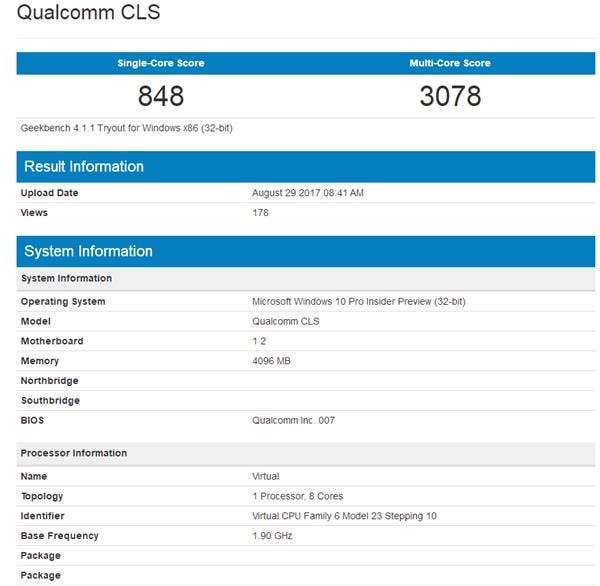 Well, as the source says, the main goal of the Snapdragon 850 is the clock speed of 3GHz. It’s also said the Lenovo ELZE1 (Europe), the Hewlett-Packard Chimera 2, and the Asus Thanos will be the second-generation Win10 ARM notebooks based on the Snapdragon 850 chip. They will hit the market in the summer. Dell will also join the new ACPC camp later.