According to a leaked benchmark, the Huawei Mate 20 Lite will be the second smartphone to feature the in-house made Kirin 710. While the chipset presence wasn’t clearly mentioned, a number of leaks and TENAA listing suggested the use of Kirin 710 on the Mate 20 Lite.

Today the handset leaked on GeekBench and it pretty much confirms the presence of the newest Huawei’s mid-range 1.7GHz Octa-Core chipset. 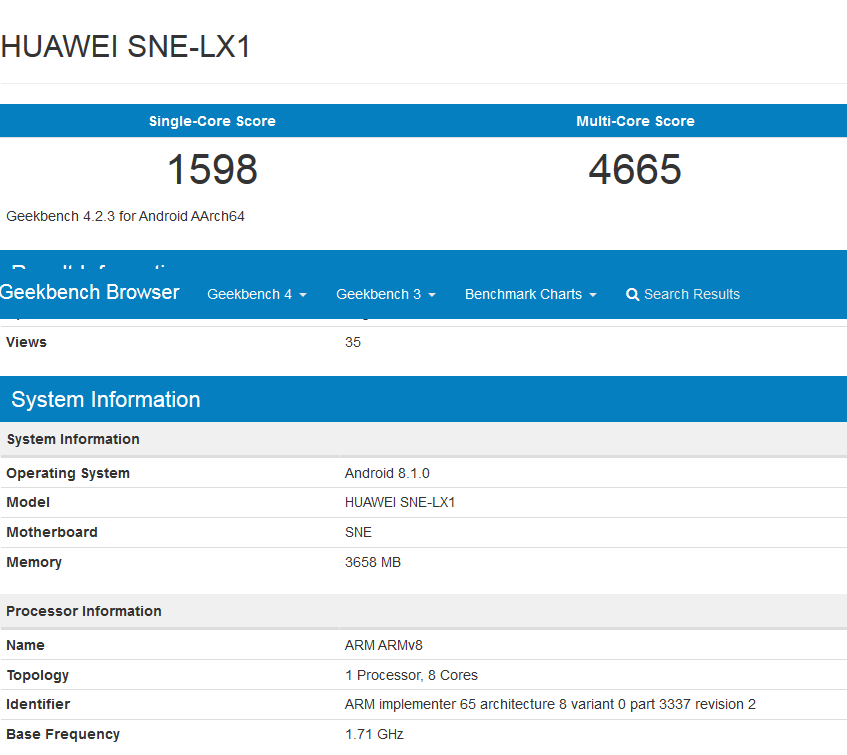 The single-core achieved by the Huawei Mate 20 Lite is pretty close to the Nova 3i score. Worth mentioning that the Huawei Nova 3i also boasts the same processor. On the Multi-Core testing, the Nova 3i greatly surpasses the Mate 20 Lite by almost 1000 points, that could be due to the fact that this Mate 20 Lite is just a prototype with unfinished optimized software.

Another curious fact is that the GeekBench listing reveals a 4GB RAM variant of the Mate 20 Lite, while TENAA pointed to 6GB of RAM. This indicates that Huawei could be planning two variants of this mid-range smartphone. Some rumors pointed that the Mate 20 Lite could come in a variant with a rear-fingerprint sensor, and another variant with an in-display scanner, if this will be the case, then it’s natural to expect 4GB for the standard and 6GB for the premium variant.

Previous Are you on a Limited Budget? Here are some Back-to-School tech deals