After skipping on the iterative upgrade in the R series this year, Oppo is launching the R17 in three days time on August 23rd. Well, in mid-year, Oppo issues an evolved R series device with an “s” branding like Apple does. Hence we should have seen an Oppo R15s. Rather, Oppo is launching twins – the R17 and R17 Pro (which we’re more excited about). Nonetheless, Oppo has revealed the starting price of the R17 today on social media.

As per the company’s poster, the Oppo R17 starts at 3,499 Yuan. That is a 499 Yuan premium over the R15 that customers will be paying and it translates to $508 and Rs. 35,598. That price tag puts it level with the OnePlus 6 that comes with high-end stuff. And we’re not even speaking about the top-end variants. The handset is already listed on JD.com, Lynx and Suning apart from Oppo’s own Chinese portal. It is available in Neon Purple, and Steamer Blue. 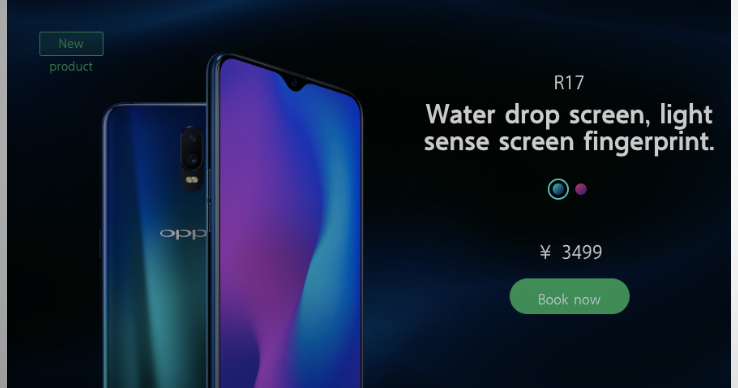 However, Oppo stands justified with the increase in price as it features some expensive new tech. The new waterdrop-style cutout at the top, the on-screen fingerprint reader, and most of all, the new Snapdragon 670 SoC, all validate the new price. Moreover, the handset is also the first smartphone to get Gorilla Glass 6.

Besides these specifications, the Oppo R17 has a 6.4-inch AMOLED display with Full-HD+ resolution. It features 8GB of RAM and 128GB of native storage with expandability available as well. For optics, Oppo has endowed the handset with a 16MP + 5MP dual rear camera, and a 25MP front shooter. If you’re wondering about the R17 Pro price, that hasn’t been revealed yet. Stay tuned for more updates regarding the same.