Back in November 2017, the OnePlus 5T launch was received with some scandal due to the company’s choice of releasing the device pre-loaded with Android Nougat instead of the most updated, and available, Android Oreo. Users complained that OnePlus choose this route as a way to avoid the Project Treble requirement for devices released with Android Oreo.

To make the things worse to the consumers, the Chinese maker released a note saying that they wouldn’t provide Project Treble support for OnePlus 5 or 5T since an OTA with this update could potentially brick the handsets. A few months ago, seeing the increasing popularity of Treble, the company decided to deliver it with a future update of OxygenOs for both handsets. Future is today since the company is providing a new OTA with the so dreamed support. 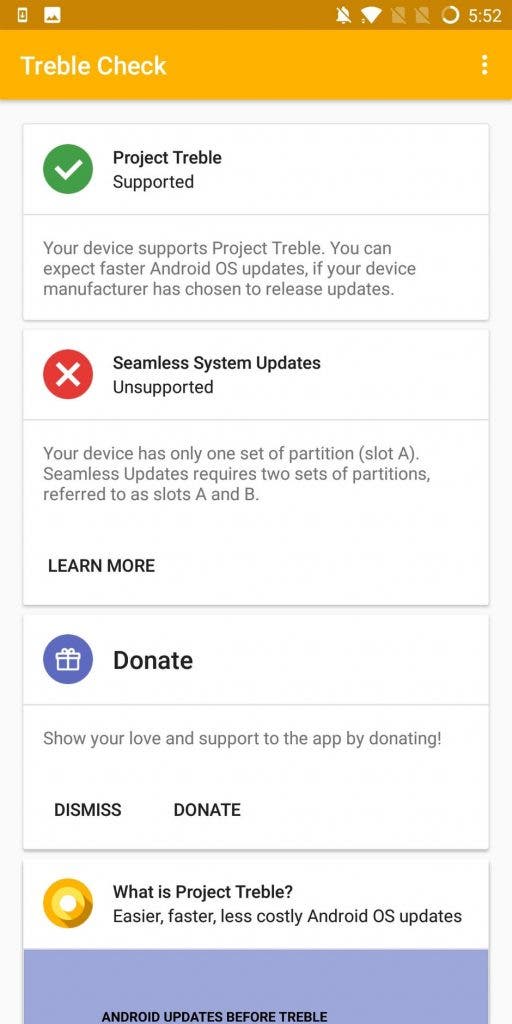 Although Project Treble isn’t a consumer-oriented feature, it allows developers and device manufacturers to send out updates much faster. Android Pie is being an example of the change promised with Treble, since a lot of smartphones are receiving the newer 9.0 version of Android through official and unofficial updates, thanks to Treble.

If you’ve already installed the new OxygenOS 5.1.5 update in the OnePlus 5/5T, then you’ll be happy to know that your smartphone is now Treble-compliant. Aside from Treble inclusion, the new update features some enhancements to the company software. Now there is an option to confirm PIN without tapping “V” to unlock the phone.

The update weighs in at 1.6GB and also introduces the August security patch. Since it is being rolled incrementally, it should take some days to arrive for all OnePlus 5/5T owners, so be patient.

Previous Several OnePlus smartphone owners are facing an issue with Waze, but a fix is coming soon