We’ve seen a substantial XDA leak surrounding Huawei’s upcoming flagship, the Mate 20, yesterday. The detailed leak shed light on the design of the handset encompassing all angles with clear renders. Today, we have a not-so-clear image attributed to its bigger brother, the Mate 20 Pro. Obviously, Huawei usually goes out all guns blazing on the Pro variant each year. Hence, this year will be no different for the flagship series. 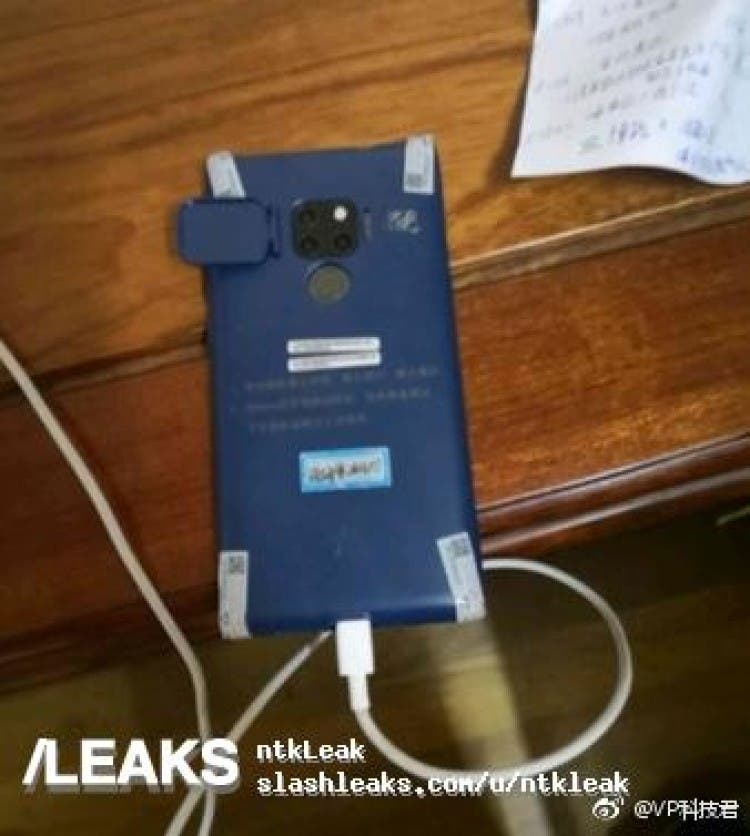 Yesterday’s leak has reaffirmed the triple camera setup on the Mate 20 positioned in a quite peculiar manner at the back. If the Mate 20 would have a triple camera then you can expect the Mate 20 Pro to bear a trio of image sensors for sure. That’s why this image seems legit. That said, there’s no telling if this is a live image of the Mate 20 itself.

There’s also a fingerprint reader we see beneath the square camera housing. That’s something we didn’t see in XDA’s report yesterday. That seems odd but it means Huawei is still reluctant to use an on-screen fingerprint reader. That is provided this image is not a fluke.

Besides the image itself, the Mate 20 Pro will also feature the same HiSilicon Kirin processor based on the 7nm process. And it will probably be the first Android smartphone to do so.
If you want to look at yesterday’s leak and other angles of the Mate 20 we leave a link here. This should give you a good idea about the Mate 20 Pro.