Earlier on this month, Microsoft launched the Surface Go line of tablets. These tablets run an optimized version of Windows 10, powered by the Dual-Core Intel Pentium 4415Y processor. The tablet has a 10-inch display and a price tag that starts at $399, this combination has brought by Microsoft to compete directly with Apple iPad. However, according to the cross-promotion platform AdDuplex, the Microsoft Go sales are below the expectations. 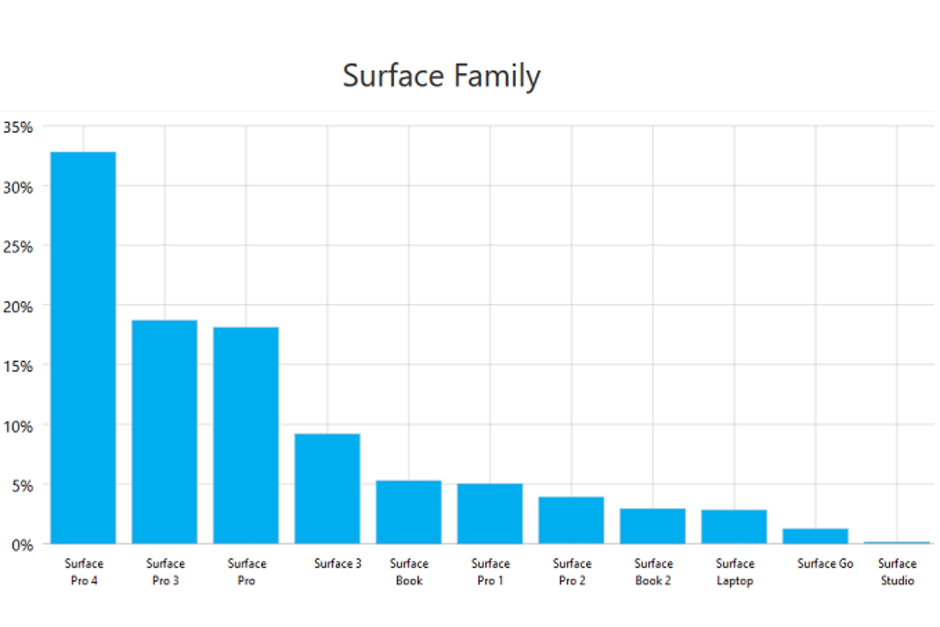 According to AdDuplex, the Surface Go has only 1.24% of Surface PC usage during the period that goes from launch to August 22nd. The only Surface device that has achieved a minor amount of usage during this period was the Surface Studio and it has a 28-inch display. The biggest problem here is that the Surface Go is priced to move, and the company doesn’t have much more space left to lower the prices even more in a possible attempt of revamping the sales. On a side note, the device is doing better than the Surface Laptop and the Surface Book 2 in comparison to the first-month results.

While Microsoft already has a myriad of ads to keep the tablet on the consumer’s mind, it still hasn’t shown a clear effect. However it’s too soon for the company from giving up the competition. For now, the only possible way is to keep promoting the device and its functionalities to grab possible customers. Worth noting that the Tablet market, isn’t flexible like smartphone segment, so they have to put some effort in order to get the desired amount of sales.

Next Google Pixel 3XL In The Market Illegally For $2000