ZTE once again is back to business after a long fought battle with the US Commerce Department. The Chinese OEM will make its first public announcementt at the upcoming IFA trade show in Berlin, Germany. Though the company hasn’t detailed what product lineup it will be unveiling at the event, invites sent out for the August 30th event suggest the ZTE Axon 9 would be the spotlight of the event.

The Axon 9 has appeared in a number of leaks, and indications are that it would come with a pro variant, a position that has now been confirmed by a Geekbench listing. The ZTE Axon 9 pro with the model number ZTE A2019G Pro has surfaced on the popular benchmarking website showing off its raw power. 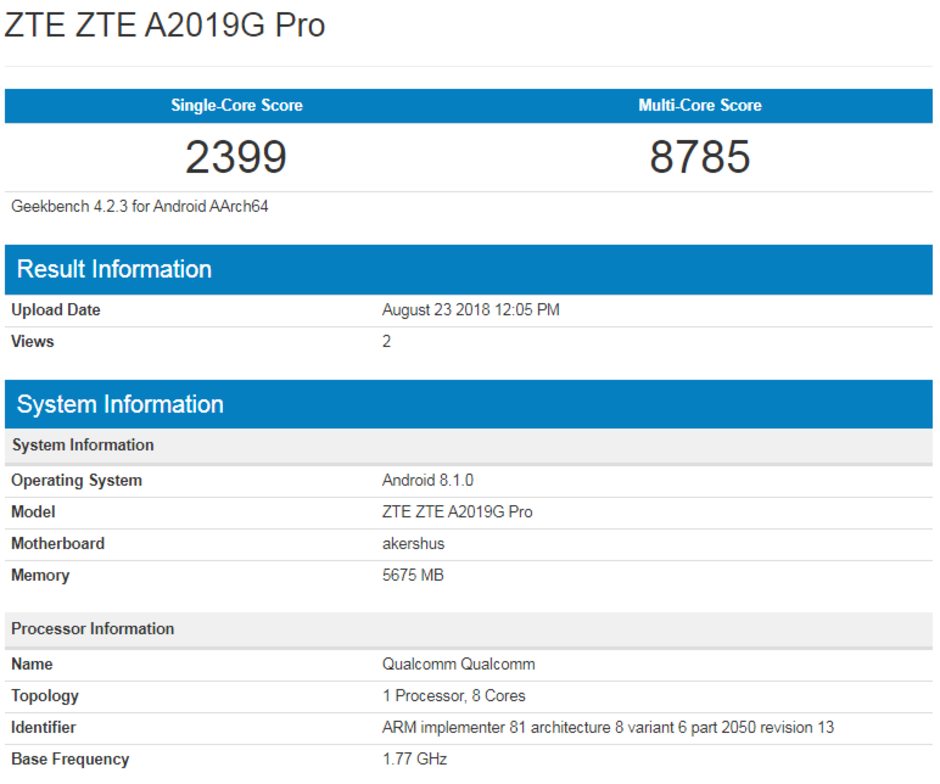 The performance scores are quite impressive, recording 8785 on the multi-core test and 2399 on the single-core one, thanks in part to a Qualcomm Octa-core SoC with a base frequency of 1.77GHz. While the listing referred to the processor as “Akershus” , the performance scores coupled with its clock speed gives it away as the SD 845 SoC. The listing says the Axon 9 WILL COME WITH 6GB of RAM, while it will boot Android Oreo out of the box, though there are chances it could get updated to Android Pie shortly after its release.