The new Xiaomi Notebook continues the logo-free design style. It comes with a metal cover. The thickness of the whole machine is 19.9mm. It is available in black and white (the black version is currently on sale). As you see, not all versions and not all color options went on sale. 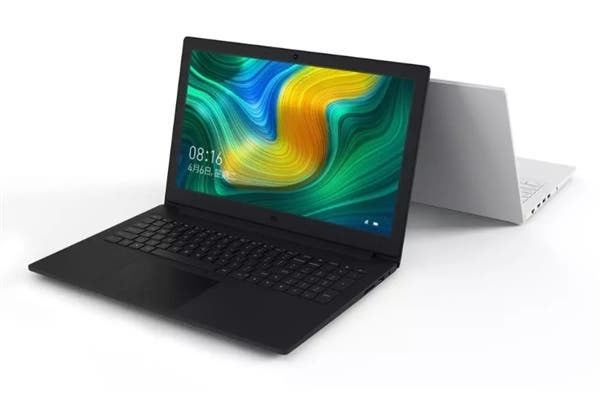 As for the core configuration, the Xiaomi notebook 15.6-inch version uses a 1080P display and it is equipped with the eighth generation Intel Core processor. Apart from this, there is an MX110 discrete graphics with an independent 2GB memory, a 128GB SSD, and a 1TB mechanical hard disk.

Recently, the laptop makers began paying more attention to heat dissipation. So Xiaomi does. The Xiaomi Notebook 15.6-inch version is equipped with a dual-fan cooling system. As the name suggests, there a built-in dual-fan, a dual-air outlet, with 2+2 heat pipe layout to ensure long-lasting stable performance.

In terms of ports, the new Xiaomi Notebook comes with a three-in-one card reader, a USB 2.0, a Gigabit Ethernet port, an HDMI interface, two USB 3.0 ports, and a headset jack.

At last, the Xiaomi Notebook 15.6-inch version uses dual 3W high power large cavity design, with an effective volume of 12cc. It is 6 times more than the Air 13.3 enhanced version. The volume is increased by 5dB. So the sound is loud, while the low frequency is deep and powerful. And it supports the Dolby Audio virtual Surround Sound technology.