Earlier this month, Xiaomi released two new laptops, the new Xiaomi Gaming Laptop and the Notebook Pro GTX Version. The former model was priced at starting 6699 Yuan ($978), while the lowest version of the latter came at 6299 Yuan ($919). Today, the manufacturer officially announced a cheaper 15.6-inch Xiaomi Notebook which is equipped with an 8th generation Intel Core i7 processor and this notebook will be available for sale from August 28. 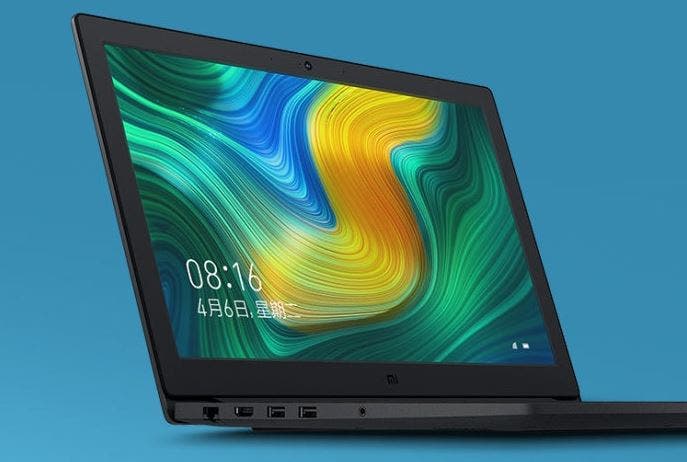 The new Xiaomi 15.6-inch notebook is equipped with an NVIDIA MX110 2GB with 128GB SSD and 1TB HDD. The biggest highlight of this notebook is its full-featured keyboard (including digital keypad). This is one of the cheapest Xiaomi notebooks as of now and it seems quite appealing. The new Xiaomi notebook uses a 15.6-inch HD anti-glare screen with a resolution of 1920×1080, a wide viewing angle of 178°, and a body thickness of 19.9mm. When available in a few days time, there will be deep gray and white options. 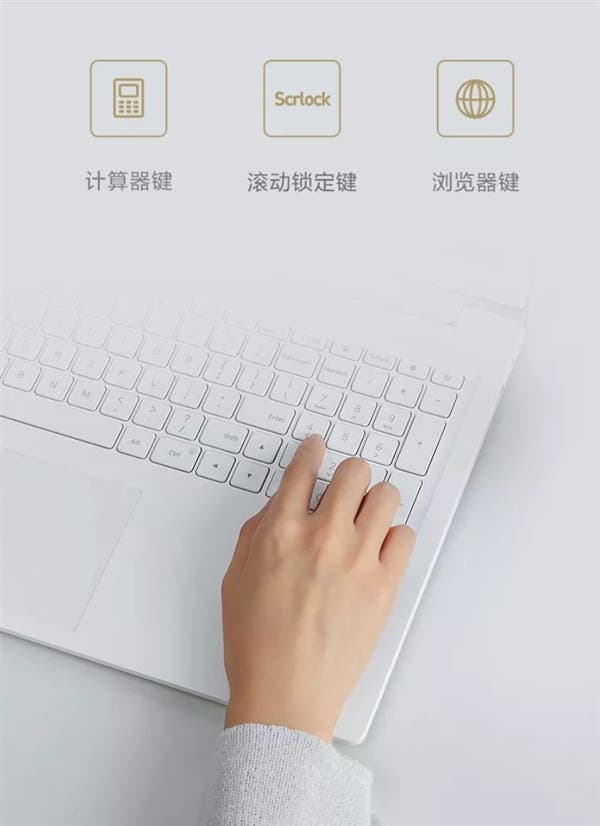 The high version of this notebook uses the 8th generation Intel Core i7 processor, which is 40% better than the 7th generation. In addition, the standard DDR4 2400MHz memory, it has an expandable dual memory card slot, up to 32GB memory capacity. At the same time, it adopts dual fan and dual air outlet design, and it is equipped with 2+2 heat pipe layout, which makes it very effective in dissipating the heat generated from the processor and the graphics card to ensure the stable operation of the notebook. 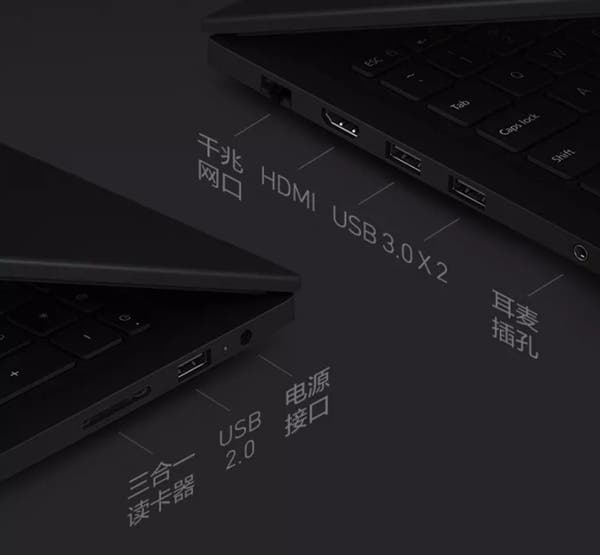 The Xiaomi 15.6-inch notebook has a full-featured keyboard, a separate numeric keypad, 1.5mm keystrokes, a calculator, scroll lock button and one button to open the browser for the office environment. With all these features, it is clear that Xiaomi put this notebook together for office duties. In terms of interface connectivity, this notebook is not lacking as it is equipped with over 10 interfaces. It comes with a 3 in 1 card reader port, USB 2.0, Gigabit Ethernet port, HDMI port, 2 x USB 3.0, Headset Jack, HDMI and many more interfaces. Furthermore, we got a built-in dual 3W speakers with support for Dolby Audio.

Next Huawei Mate 20 and Mate 20 pro with Android 9.0 certified by ECC