At the beginning of this month, Google released the official retail version of Android 9.0 Pie. Apparently, the world’s largest phone maker is already testing the latest version in one of its flagships – The Galaxy S9+.

The smartphone surfaced online in the GFXBench running a version of Android Pie, with the “INVALID Android Samsung-ss Edition” label. Usually, this kind of description is applied to unofficial non-ready versions of Samsung Experience software. Excluding that possibility that this result has been taken with a Custom ROM/AOSP port of Pie. 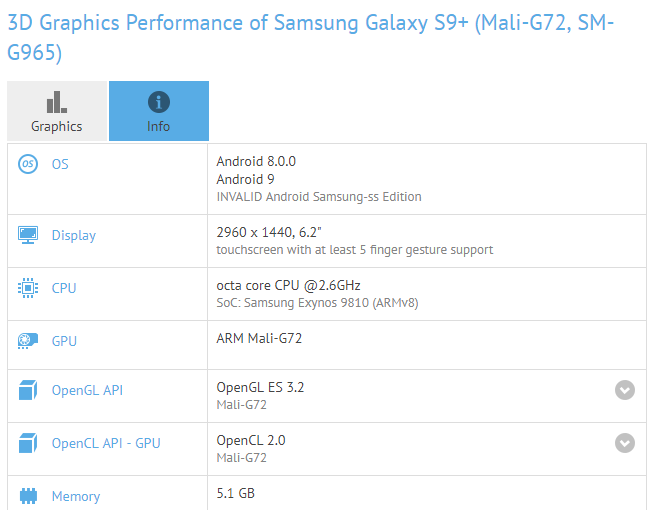 Moreover, the duo of 2018 flagships are the first Samsung’s handsets to ship with Android 8.0 Oreo, bringing Project Treble support out-of-the-box. Project Treble already proved to be a strong tool for allowing manufacturers to provide faster updates for its smartphones. But if Samsung, that uses a heavily modified skin, is also to update is smartphone faster than the usual, then Treble is really more important that we thought.

Could Samsung update its Galaxy S9 and S9+ to Android 9.0 Pie in a short period of time, that was never experienced by any of its smartphones? Let’s cross our fingers, and keep an eye in the upcoming news of this matter.