Tipster Roland Quandt a few hours back tweeted that a possible successor to the popular Redmi Note 5 pro would be arriving soon in two variant namely the Redmi Note 6 pro with 3GB RAM+32GB storage and another variant with 4GB RAM + 64GB storage. And as expected more leaks about the device are expected to start rolling in,  in the days leading to its unveiling.

While we are yet to see any official confirmation in the form of teasers from Xiaomi, the Eurasian Economic Commission (EEC) in Russia has just certified two Xiaomi smartphones which are believed to be the Xiaomi Redmi Note 6 and Redmi Note 6 Pro.

Although the agency hasn’t provided any hint as to what to expect from both devices, information from the  FCC and Taiwan’s NCC already suggest they will both come with Xiaomi’s MIUI 9 out of the box and will offer all latest Wi-Fi, voice, and data connectivity standards. 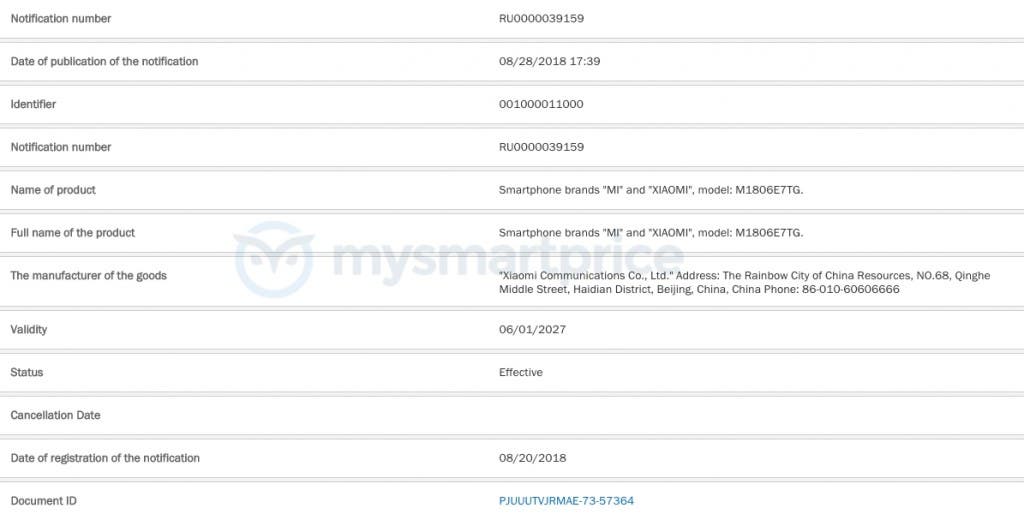 We currently have no further details about what major improvements the Redmi Note 6 could present, we, however, hope it wouldn’t end up being a Redmi Note 5 pro with same specs, and a mere inclusion of a notch and USB type C as speculated by wandering Droid.