Yesterday Sony took the wraps off its plans for IFA 2018 with a new teaser pointing some “Xperia” news for the Berlin trade fair. Due to the myriad of leaks that have popped out in the last weeks, we have pretty sure that the company will launch the Xperia XZ3 in the event. Today the handset made the last stop at GeekBench, before its official unveiling.

The handset codenamed as Sony H8416 achieved a respectable score on the benchmark website. The results of 8665 points for Multi-core and 2330 for Single-core leaves no doubt that the upcoming flagship will feature the Snapdragon 845. Worth noting that this is the same chipset present in the Xperia XZ2, so performance won’t be a difference to justify the new flagship existence. 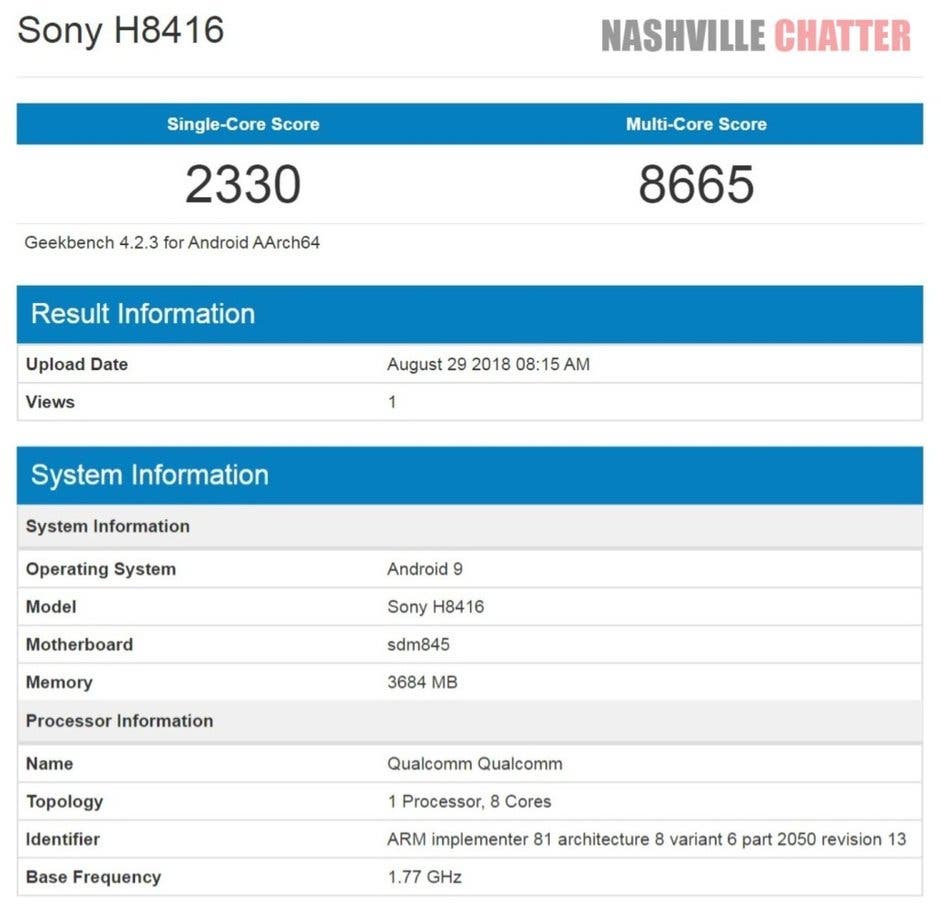 While on the topic of the smartphone internals, seems that Sony will bring two variants. One model, confirmed today, with 4GB of RAM and another with 6GB of RAM. The availability may vary from the region. Worth noting that according to GeekBench, this will be the first smartphones to launch with Android 9.0 Pie straight out-the-box.

The Xperia XZ3 is expected to feature up to 128GB of storage with support for microSD card. Furthermore, the handset will drop the dual-camera setup in favor of a super 48MP sensor. For selfie lovers, the handset will bring a 13MP front-facing snapper. Overall, the smartphone won’t differ much from the Xperia XZ2, so expect the same large bezels of every Sony’s smartphone. This time, however, the front panel will come with rounded corners.

The Xperia XZ3 is expected to come along the Xperia XA3 on August 30th, during the IFA 2018. Keep an eye in our full coverage of the event.