LG’s new flagship mobile phone V40 ThinQ has been exposed on the Internet, and the renderings have flowed out. One of the most prominent features of this phone is that it is equipped with 5 cameras, including three rear cameras. And now according to Android Pit sources, the complete configuration of this phone has been exposed.

According to reports, a source close to LG revealed the complete configuration of the V40 ThinQ. The phone will be equipped with Qualcomm Snapdragon 845 processor, alongside with 6.4-inch 19.5:9 P-OLED display, with QHD+ resolution, 6GB of memory and 64GB/128GB storage options. 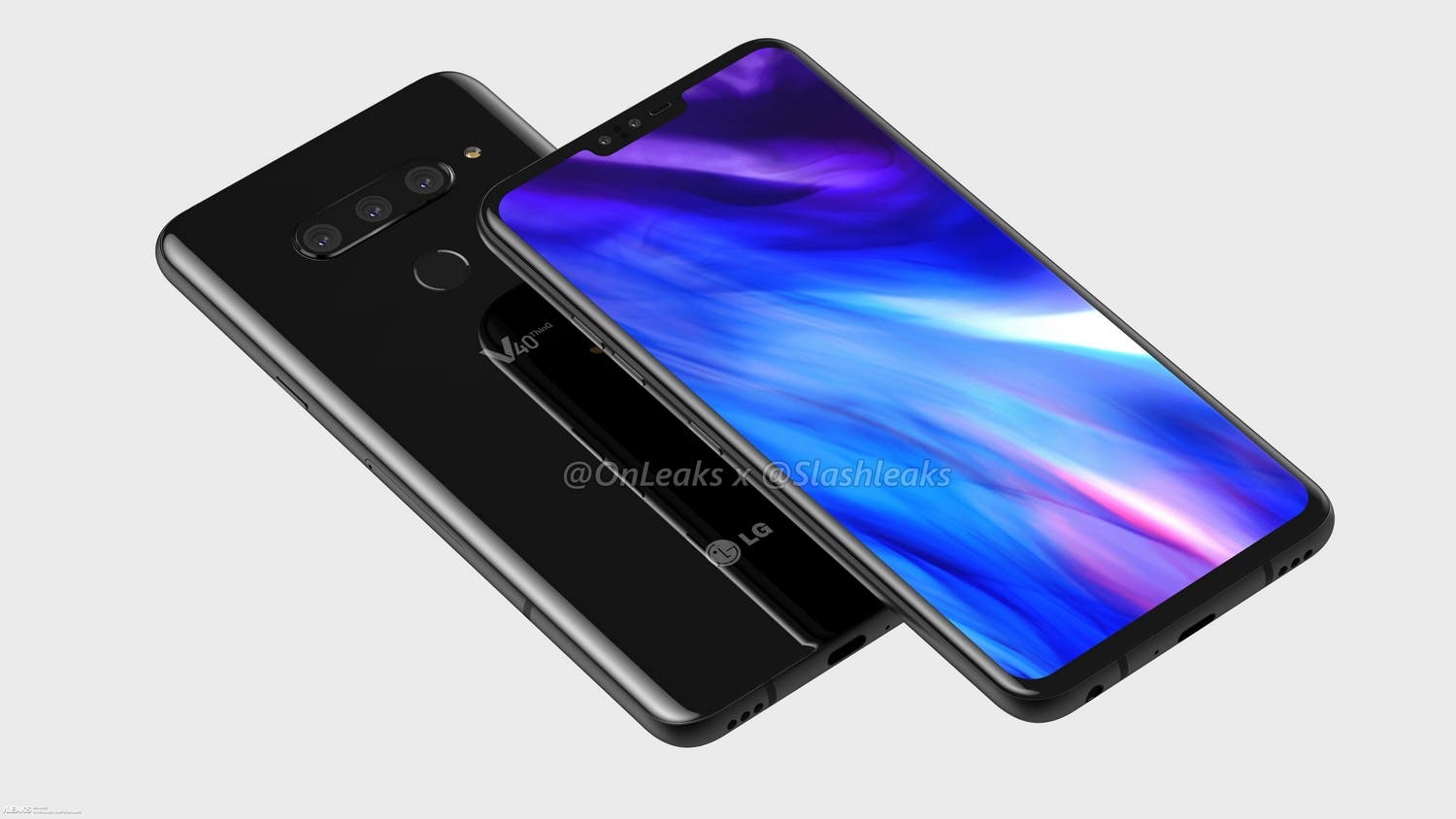 As for the camera configuration that is widely concerned, the LG V40 ThinQ will be equipped with 12 megapixels (aperture f/1.5) + 16 megapixels (f/1.9) + 12 megapixels (f/2.4) rear three cameras, support Telephoto, wide-angle, 2x zoom and smart shooting. The front camera of the mobile phone is 8 megapixels + 5 megapixels.

In addition, the size of the phone is 158.7×75.8×7.79 (mm), weight at 169g, battery capacity is 3300mAh. Gizchina has previously learned from the Korean media ETNews that LG will release the new flagship mobile phone V40 in the first week of October this year, or on October 10 (Friday) of the second week.

However, we still have to wait for more days before the phone get unveiled. So stay tuned for more news and leaks about the upcoming LG flagship smartphone.