There are a couple of renown tech leaksters on Twitter whose tweets are taken quite seriously. Some of them are Eval Blass, Roland Quandt, and Ice universe. Yesterday, Ice Universe posted a tweet which simply reads “Samsung Camera Camera Camera Camera”. 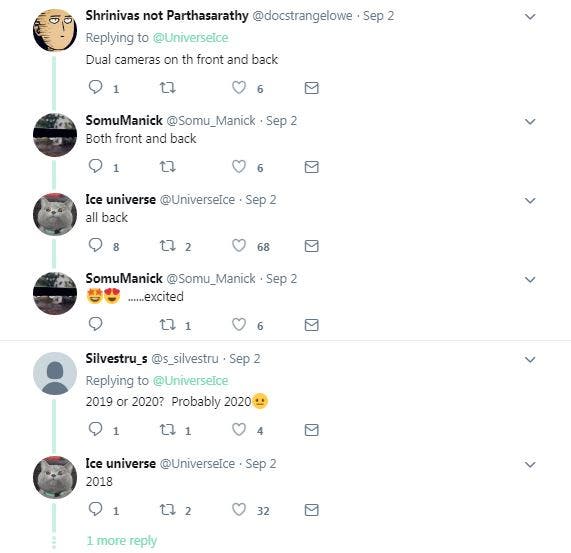 We just had the latest in the Galaxy Note series and the Galaxy S series is not getting any new device till next year. So what is Samsung actually preparing? The Galaxy A series usually pick a feature or two from the Galaxy S series so our wildest guess will be a device on the A series to test the market acceptance of a quadruple rear camera setup and then use it on the Galaxy S10 if its accepted.