Elephone appears to have come to a final decision as far as its next flagship’s phone name is concerned. The company is indeed now calling it “Elephone U2”, which means it’s the clear successor of the quite good looking Elephone U launched some time back. In comparison though, the U2 is going be a game changer for the phone maker, assuming that they’re actually able to produce them, of course.

So, the news of today, aside from the new naming, is all about the new photos they’ve released and a couple really interesting features we’ll find on the phone.

Let’s begin with the latter. The Elephone U2 will be sporting a large 6.26-inch full screen display which we assume will be of FHD+ resolution, the handset is then going to be running Android 9.0 Pie out of the box and it’ll have a translator along with it, albeit Elephone did not specify what that means. As we saw earlier, the U2 will also pack a pop-up camera Vivo NEX-style but this time with two actual sensors, to snap photos with bokeh effect via hardware, plus three cameras on the back. 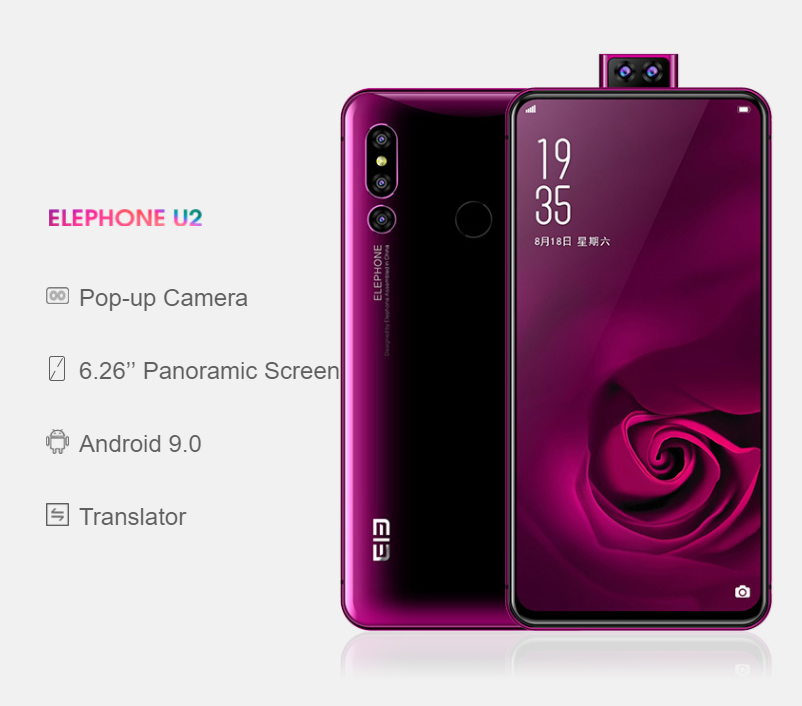 Well, what can we say? Elephone is on fire or at least we hope so! A device like the one in the rendering would be something really worth checking out. What do you guys think? Can they manage to produce such a cutting-edge phone? Let us know down below!

More info will be available on the company’s official website when time is due.