The Pocophone F1 from Xiaomi’s latest breed has been the subject of discussion recently, thanks in part to its flagship level specs and an insanely low price tag. While it remains the cheapest SD 845 powered Android phone, the device lacks some vitals of a true flagship phone, and the camera department is definitely one of such things that makes it veer off a true flagship line. 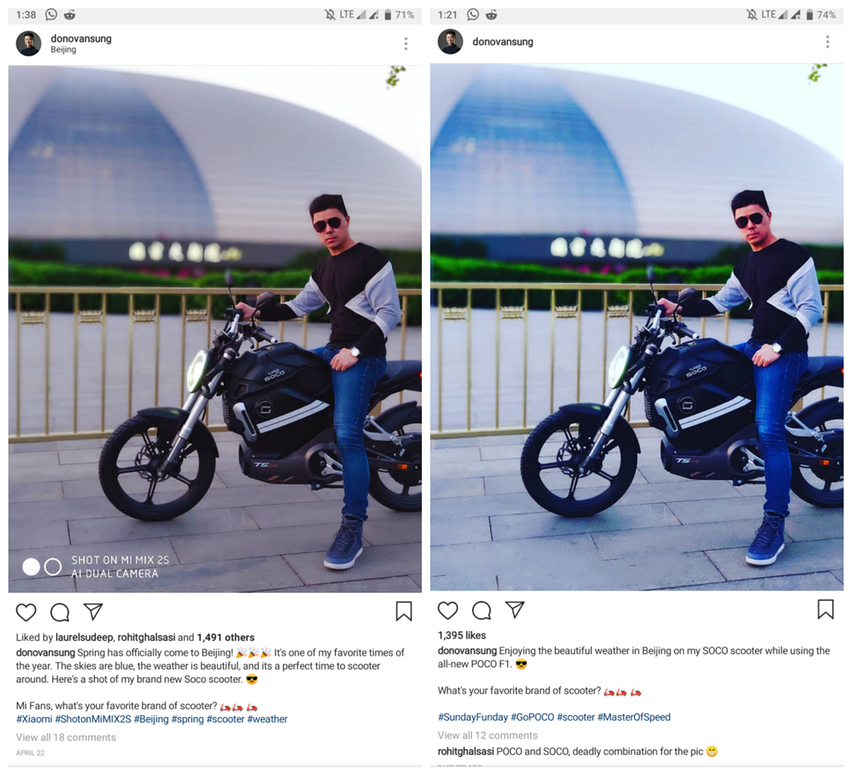 Only a few weeks after Huawei was nabbed flaunting DSLR shots as camera samples of the new Nova 3i in an ad, the Pocophone F1 maker has gone the extra mile to hype the device as an extraordinary one by promoting the device using fake camera sample.

Unlike Huawei that promoted its smartphone recently using DSLR shots, Xiaomi’s spokesperson Donovan Sung while trying to hype the launched POCO F1, shared an image on Instagram with him riding an electric scooter, claiming that the image was clicked using the POCO F1.

Luck, however, ran out on him, as a couple of users on Reddit noticed a few irregularities pointing out that the exec had already used that same image to promote the Mix 2S earlier in the year. The original image which the spokesperson posted earlier has the Mi Mix 2s watermark, which he concealed, but not perfect enough not to be noticed by the eagle eyes.