The Motorola P30 play which was earlier spotted alongside the Motorola P30 and P30 Note, but was never announced with the duo has now surfaced again on Motorola’s official website, even though it has since been retracted. However, the brief listing was enough for the guys at Mysmartphoneprice to extract a few detailed specs of the device.

As is suggestive of the name, the Motorola P30 Play is expected to launch as a watered-down variant of both the Motorola P30 and P30 Note. The listing confirms that the Android-powered smartphone will come fitted with a 5.88-inch 720x1520px IPS LCD featuring a notch which is house to the front-facing camera, a speaker and another sensor. Under the hood, the Motorola P30 play is expected to be powered by the Snapdragon 625  Octa-core chipset clocked at 1.8 GHz. The listing confirms only one memory configuration – 4GB of RAM and 64GB of internal storage model, but there are chances we might see some more variants. 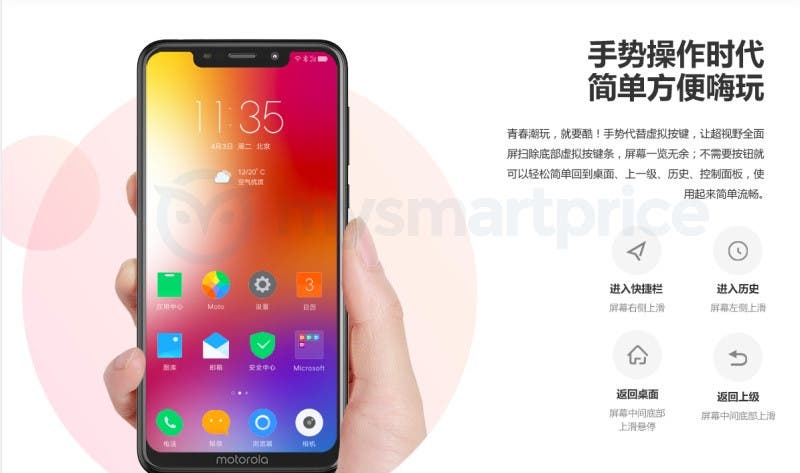 A sizeable 3,000mAh battery powers the Motorola P30 play, and on the flip side, it houses a fingerprint scanner embedded into the Motorola logo, coupled with a dual camera setup comprising of a 3MP f/2.0 + 2MP f/2.4, while a single 8MP f/2.2  selfie cam sits within the display notch. Both cams are laced with AI Portrait mode, Pro Mode, spot color mode, Dolby Sound, AI smart beauty, night scene, and background blur.