An unidentified Oppo made phone earlier today popped up on Geekbench site. Bearing the model number CPH1887, the mystery Oppo smartphone took the Geekbench test with a Snapdragon 710 chipset and 6GB of RAM.

The device is also listed running Android 8.1, probably with ColorOS 5.2. And while there is no name mentioned for the device, Geekbench has since removed the listing, but we were able to catch up with a few details including a single-core and multi-core scores of 1817  and 5930 respectively. 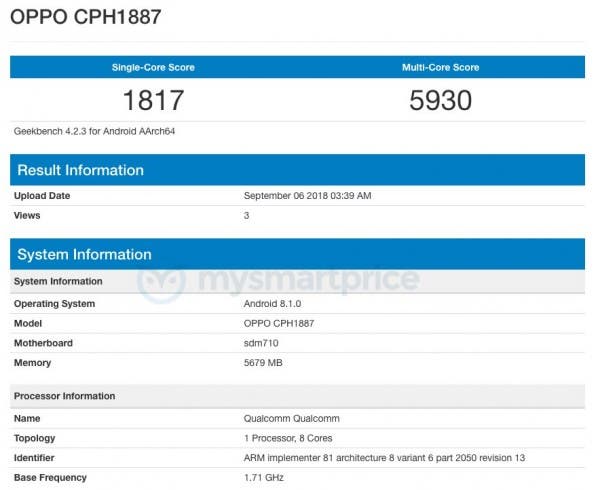 Whatever the phone is, we would go for more info and keep you posted.