Slashleaks has published a new photo of the five-fold camera sensor of the Nokia 9, It seems that there are 5 camera sensors arranged in a rather surprising way. HMD, the parent company, had suggested taking a high risk for his camera, which seems to be translating this way. The date of release of the smartphone is not known at the moment.

The specialized site Phone Arena shares a picture of what seems to be the Nokia 9. This device is a real snake that regularly makes him talk. In the photo on the run, we see the back of the smartphone and discover 6 cuts in total of which 5 could be camera sensors and follow a hexagonal layout. The sixth cut is found in the center of this form.

Nokia 9: 5 camera sensors placed in a strange way show themselves in photo

It seems that the shell is covered by glass, while the mention Android One is visible on the bottom. The flagship could be available with Android 9 Pie right out. We notice that the fingerprint sensor is absent, either it is available on the front panel in a border, or the manufacturer will nest it directly under the screen of the Nokia 9 . 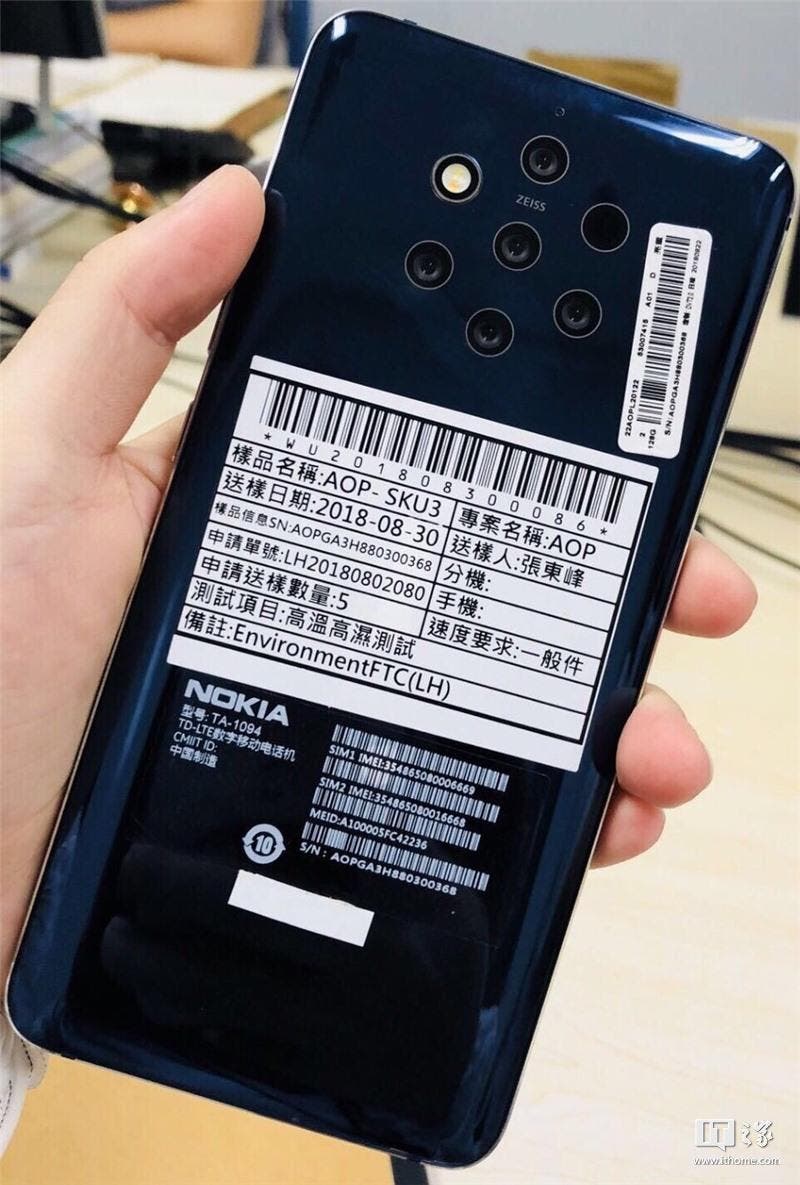 Today, just a few hours ago, a new indicates that the Nokia 9 (model number TA-1094) device would feature the Penta-lens camera. The image was not any prototype or any concept that we thought it would be, but an actual handset. Considering the label at the back of the phone, we looked into its model number and found something interesting. What we found is that the suspected Nokia 9 already has received China’s MIIT certification back in May, which goes by the model number TA-1094.

The rumours so far suggest that the Nokia 9 might feature a 6.01-inch display, 8GB of RAM, and 256GB storage. It might have a Gorilla Glass 5 protection, IP68 rating, and even an in-glass fingerprint reader. A 3900mAh battery is supposed to power on the device, which will very likely support Quick Charge 4.0.

These are all impressive features no doubt. It looks like Nokia is finally catching up in the features and specification game with the rest of its Chinese counterparts., which is great news for consumers.