Today, Samsung officially announced the official launch of the new Galaxy S9 Star Flower Purple version. The Samsung Galaxy A9 Star was released in China a few months ago and at the time, it was available in black and white colours. The new Flower Purple version uses a gradual design for superior visuals. This smartphone is basically a selfie smartphone with a huge 24MP camera upfront. This AI-assisted camera is equipped with multiple features such as multi-dimensional studio light effect, multi-angle adjustment of the main light, single-sided bright-eyed ring light, double-sided stereo white natural light, etc. 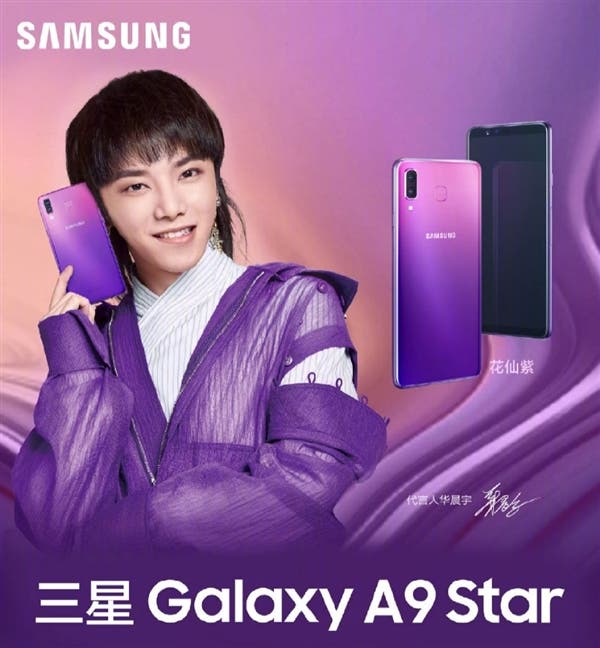 The Samsung Galaxy S9 Star uses a 6.3-inch display with a resolution of 2220×1080. It is powered by a Qualcomm Snapdragon 660 processor, and a rear 24MP+16MP dual camera. Its lights are kept on by a 3700 mAh battery. In addition, the Samsung Galaxy A9 Star is equipped with Artificial Intelligence (AI) voice assistant, Bixby. It can understand your habits and users need a sentence to achieve language control.

The Samsung Galaxy A9 Star came with a 2999 Yuan ($468) price tag in China. The price of this flower purple version should be close.

Previous CHUWI Hipad to Kick Off Presales on September 13th at $159.99