On September 6, Vivo X23 was officially released in Beijing and as of today, the number of reservations on Jingdong platform has exceeded 620,000 which is quite amazing. The vivo X23 comes with a water drop screen which is the major design change from the vivo X21. 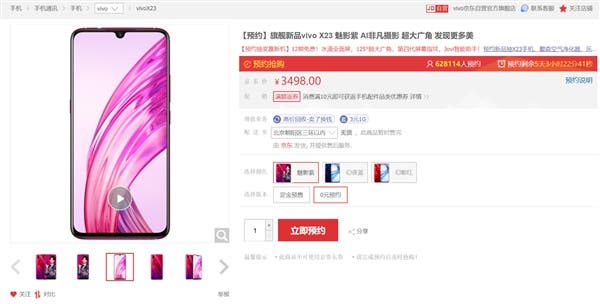 This smartphone uses a huge 6.41-inch display with an aspect ratio of 19.5:9, and a 91.2% screen-to-body ratio. The vivo X23 is powered by a Qualcomm Snapdragon 670 processor coupled with 8GB of RAM and 128GB of internal storage. In the camera department, this smartphone boasts of a 12MP front shooter and a 12MP+13MP dual rear camera setup. Its lights are kept on by an average 3400 mAh battery. 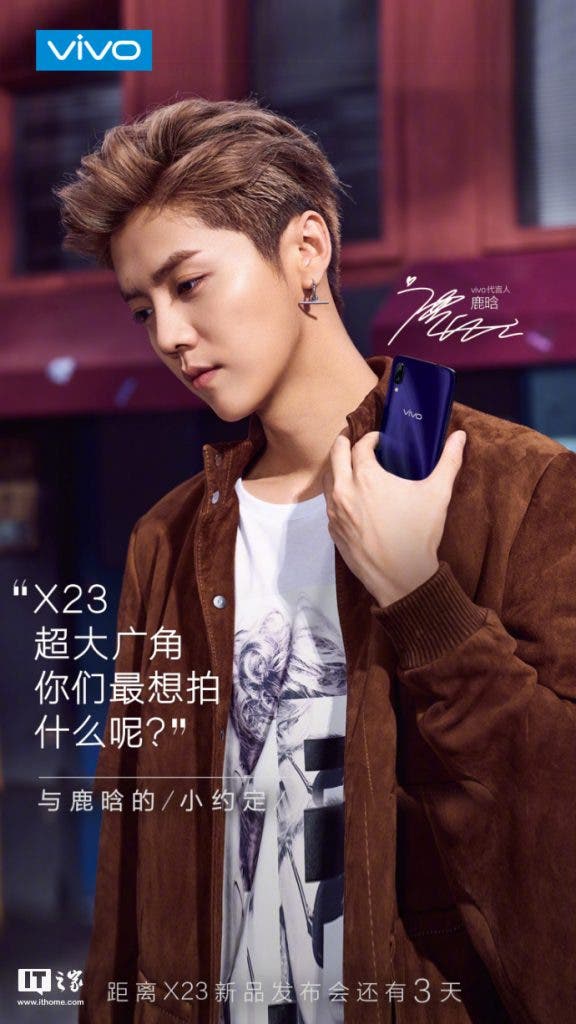 From the official introduction of this smartphone, the vivo X23 is equipped with a fourth gen. photoelectric on-screen fingerprint sensor and the fingerprint accuracy has been increased by 40%. The unlocking speed is greatly improved compared with the previous generation. In addition, the vivo X23 is also equipped with the new Jovi Smart Voice Assistant, which can understand commands, filter unwanted information, and distinguish the complex logical relationships in words. For example, calling, checking the weather, making a red envelope, setting an alarm clock, etc. can be completed in one sentence. The new Jovi Smart Voice Assistant has a dedicated button which makes it easy to start. At present, the vivo X23 is on pre-sale with a 3,498 Yuan ($511) price tag. It will be officially sold at 0:00 on September 14.

Next Original Apple Accessories on Sale at Movilshacks - Starting at 8.79€