Samsung recently launched the Galaxy J6, and it looks like the prolific smartphone maker will soon be doing a routine revision with the J6 Prime. The handset has previously appeared on Samsung’s Vietnam’s official support page and today it has also appeared on the brand’s Indian portal with model number SM-J610F/DS. It was earlier rumoured that the upgraded J6 would launch in Vietnam and the Netherlands first but an Indian launch also seems to be on the cards now. 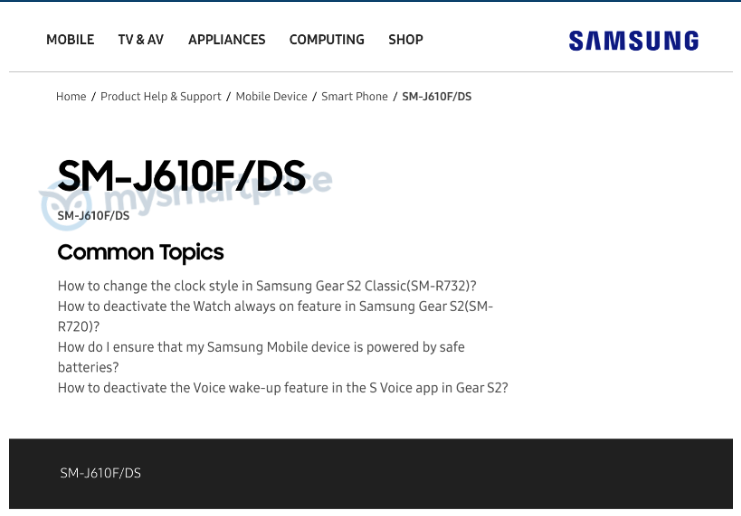 The Indian support page doesn’t quite reveal a lot about the handset but we think it would be similar to the Galaxy J6. However, Speculation suggests a Snapdragon processor might be placed in place of the traditional Exynos chip. We’re also expecting upgrades in internal storage over the Galaxy J6 which has 32GB and 64GB variants.

As for other specs, not a lot is known, but we can expect them to remain the same as the Galaxy J6. For example, the 5.6-inch HD+ AMOLED display with a 18:5:9 aspect ratio and has thin bezels. There’s a 13MP rear camera and a 8MP front camera on it and this could very well be present on the Galaxy J6 Prime. Not a lot is known about the handset currently but Samsung might launch the handset soon.