The Google Pixel 3, Pixel XL from Google, the range of products from Microsoft, and of course the 2018 iPhone from Cupertino have all dominated the headlines in the past few days. However, the world 2nd largest phone maker- Huawei also got a couple of smartphones it intends to unveil in the days to come.

The company after it unveiled the Huawei Mate 20 Lite back at the IFA in Berlin announced that it will unwrap the more sophisticated members of the Mate 20 series at a special event in London on October 16 when Google’s October 4th even is yet to fizzle out. While we already know that the Huawei Mate 20 and Huawei Mate 20 Pro will be the first Kirin 980-powered smartphones, Huawei earlier today released a teaser image of the device showing the Kirin 980 SoC centrally placed at the upper part of the smartphone outline, confirming the square form camera layout which we have seen severally in several renders. 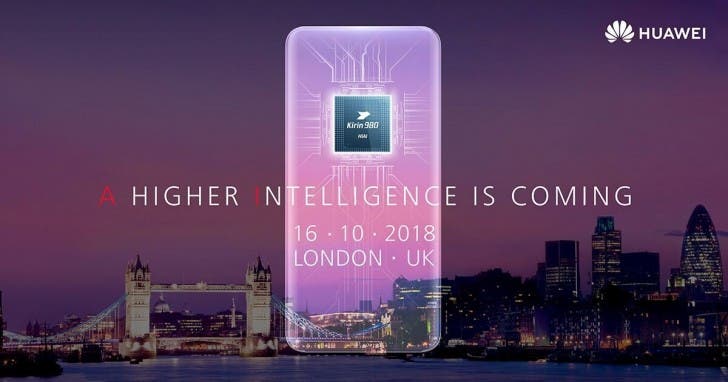 Both devices are largely expected to come with the on-screen fingerprint sensor, previous leaks claim the base Mate 20 might come with a 12MP + 20MP + 8MP setup, while theMate 20 pro will settle for a 40MP + 20MP 8MP with Leica lens, similar to that of the Huawei P20 pro.

Multiple camera lens appears to be one of the next major trends we should brace up for, and it is nice having Huawei jumping on the bandwagon. More updates will come as we approach the launch date.

Next DxOMark : Galaxy Note 9 is second after the Huawei P20 Pro