The LG V40’s race toward an official is release gathering momentum. Only a few hours after it was submitted to the Global Certification Forum, an LG made phone with the model number LM-V409N  has been certified by Korean NRR Agency (National Radio Research) to use the LTE radio equipment across South Korea.

Both the certification in Korea and the GCF certification makes the news of the ThinQ launching a month after the arrival of the Samsung Galaxy Note 9and Apple launch more feasible. While the certifying body failed to dish out it expected specs and features, there are speculations that the device might come packed with the flagship Snapdragon 845 chipset and P-OLED screen. 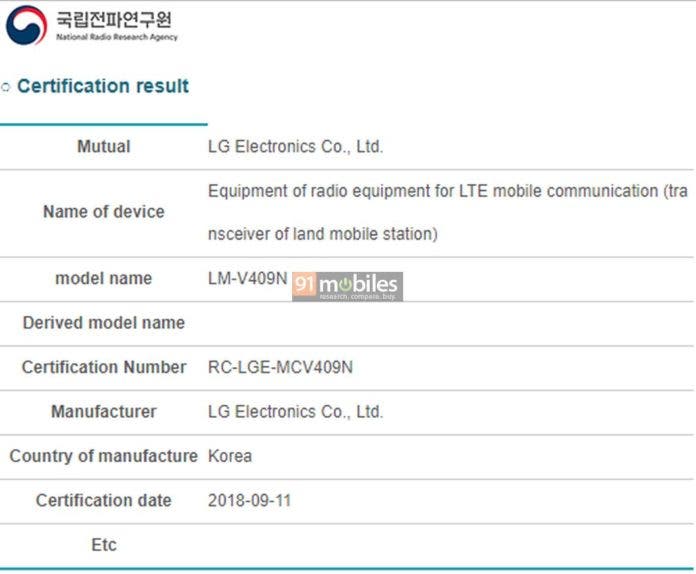 Being a flagship phone, the LG V40 is tipped to have a tricked-out camera setup, with three cameras on the back and two on the front, while a report says it is expected the LG V40 will come with a Stereo Boombox, coupled with Quad DAC and DTS:X Surround Sound.

There is currently no words on when the LG V40 will officially drop, but with these certifications, a launch might just be a few days away.