The POCO F1 is certainly the most irresistible value for money phone on the market right now. There’s no denying it. It costs Rs 21,999 and after it launched, there were obvious questions as to what corners Xiaomi had cut to reach such an unseen before price. Part of that cost-cutting is quite visible in the build quality. The other part now seems to be software as a number of limitations and big bugs have been reported by users. Xiaomi has addressed these issues or bugs today on its MIUI forums. The company has also declared the progress that it has made to iron out the flaws, in the case if it is doable.

The latest issue is screen bleeding. This was reported by XDA as a number of users complained that the POCO F1 was leaking excessive light. This is happening mainly in the areas near the bottom chin. This is bad news, especially because this can’t be fixed unlike a number of annoying software bugs found before. 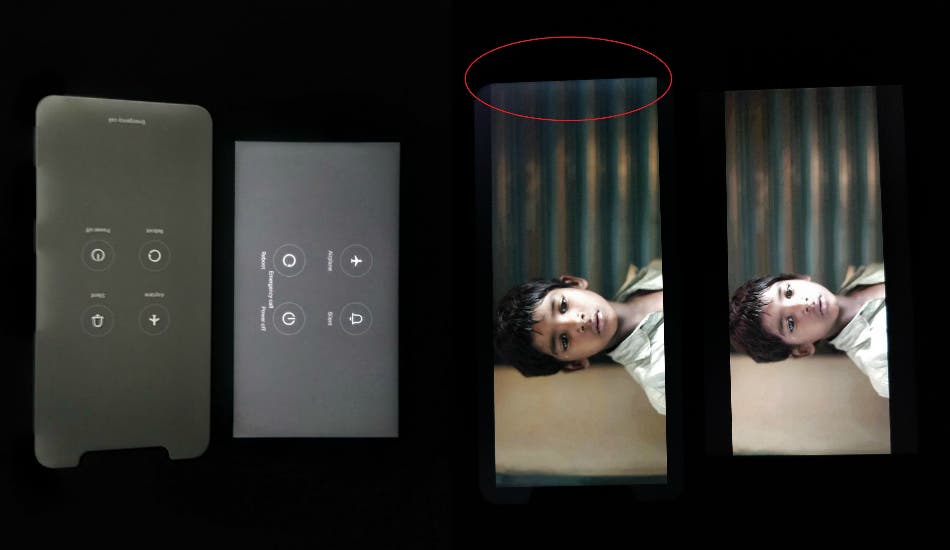 Take a look at some issues that have been discovered previously.

First off, Xiaomi has quashed some big bugs with the first OTA and here’s a couple of them.

A lot of users complained that Asphalt 9, one of the most popular racing games on Android is not playable on the POCO F1. Thankfully that issue has been solved otherwise Asphalt 9 fans could have poked POCO in the eye for such a gruesome act (just kidding).

Being a notched phone, the POCO F1 does not have a traditional 16:9 aspect ratio. This creates black unused borders in the landscape mode of YouTube videos. However, a simple pinch-to-zoom makes this problem a lot bearable. The POCO F1 did not have this feature till now. The forum has now revealed that this issue has been fixed as well.
There are still some pretty annoying bugs still lurking in the depths of the new POCO Launcher. This involves the Status Bar which is in desperate need of a quick fix. Below are these issues and the brand is working to fix it.

Some other big issues that will be fixed it the next version of the update include “Ok Google” voice commands not working and some issues with PUBG Mobile audio (this is also a big one).

Apart from these issues which we hope to see resolved soon, there’s a couple that got the whole POCO F1 bug story rolling and it’s still under investigation. It’s support for HD videos on Netflix, Hulu, and Amazon. Xiaomi has still not declared anything and even if it does, this issue is likely to remain. Also, support for 60fps 4K video on the rear camera is still doubtful and Xiaomi is still mum about it.

So, these are the issues that have been plaguing users of the POCO F1. It’s at least good on part of the brand that it has acknowledged all the glitches and given a heads-up on the progress of the updates. We hope the other bugs get fixed soon too.

Next LG V40 ThinQ scales through another hurdle