Aside from the Huawei Mat 20 and Mate 20 pro tipped for October 16th release, it appears Huawei got one more phone to excites its fan world over. A new Huawei made phone rumored to be the Huawei Y9 2019 has now cleared the FCC in the USA, under the JKM-LX3 model number. 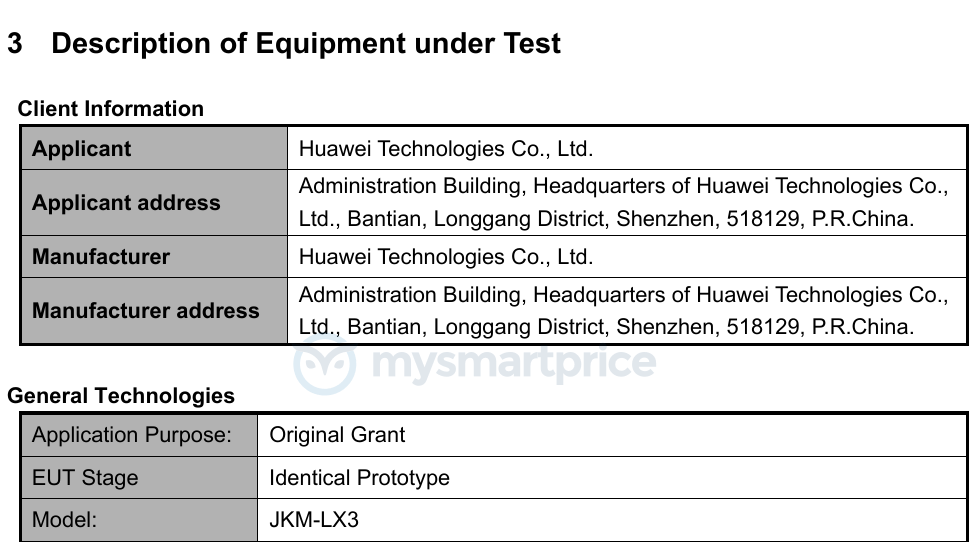 The approval document, as usual, doesn’t give away too many information but does reveal the purported Huawei Y9 2019 supports 850 MHz and 1900 MHz GSM bands and as well as 850 MHz, 1700 MHz, and 1900 MHz CDMA bands. Also, a further digging into the approval documents reveals the Huawei Y9 2019 will come powered by a 4000mAh battery with a microSD card slot,  two SIM slots, Bluetooth 4.2 and a 3.5 mm headphone port.

So far, it’s unclear when the phone will drop, and what major improvements the device will bring to bear, but this information will come to the public domain in the following days.