A few weeks ago, Google released the Android distribution numbers for August and on that occasion the Android Pie was absent. This is explainable by the fact that an Android version needs to appear on at least 1% of Android smartphones visiting PlayStore.

Today, the giant of searches decided to share the Android figures related to September. These numbers were collected over the past seven days and ended on September 12th. To our surprise, or not, Pie 9.0 has not yet reached the necessary numbers to appear on this report. 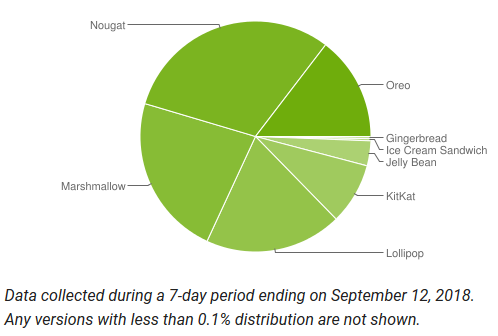 Of course, this isn’t a surprise since the only smartphones running an official stable release of Pie are namely – The Pixel, Pixel XL, Pixel 2, Pixel 2 XL and Essential Phone. However, if we take in account the custom ROM community, Android Pie is already popular there, showing the benefits of Project Treble. 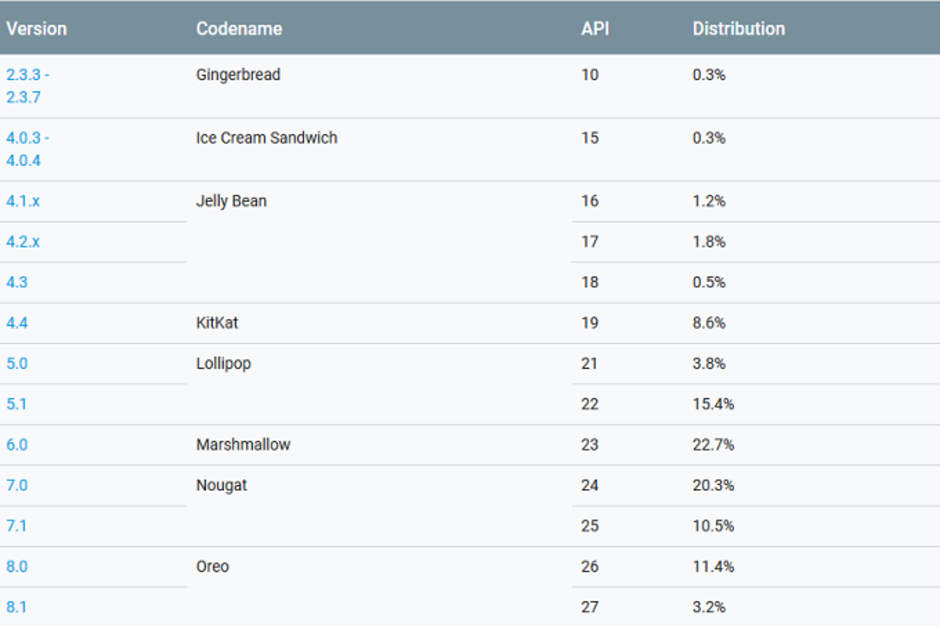 Some will consider Google’s move in releasing September numbers just two weeks after August’s report a bit hasty. In the end, we expect to see Pie arrival in this board only in late October, after the Pixel 3 series release.