Razer next big event for the mobile industry is set to happen on October 10. At the event, the manufacturer will unveil the successor of last year’s Razer Phone. Seemingly called Razer Phone 2, the smartphone might not be much different from its predecessor.

Previous leaks already point outed out that the Razer Phone 2 could be really identical to the previous model. Also, a benchmark listing raised speculations about the presence of a new Snapdragon 845 in the upcoming handset. However, those who are waiting for an upgrade in the chipset may be disappointed to hear that the Razer Phone 2 might come with the Snapdragon 835 – The same chipset of the original Razer Phone. 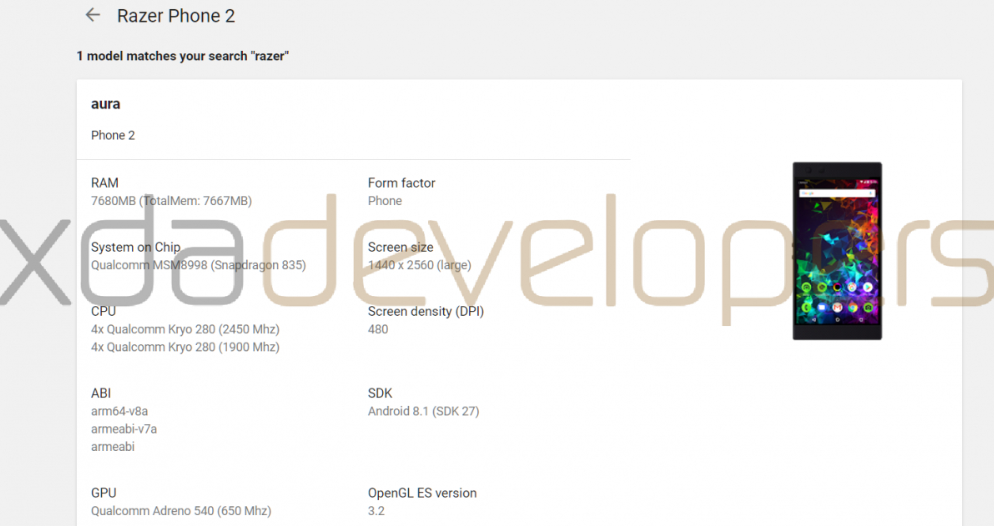 The above information was obtained by the folks at XDA-Developers after digging into some Google Play certifications related to the Razer smartphone. According to the obtained info, the upcoming Razer Phone 2 is codenamed “Aura” and will ship with Android 8.1 Oreo. The same certification reveals that the handset will be equipped with the last year’s Qualcomm Snapdragon 835 alongside 8GB of RAM. Furthermore, the handset will bring a 1440×2560 120Hz Razer’s trademarked display. This model will also bring Razer’s popular Chroma App, as a reference to the Chroma LED system implemented in the company’s keyboards. We are not sure how Chroma will specifically work in the Razer Phone 2, but it could indicate the presence of an enlightened Razer logo on the back. 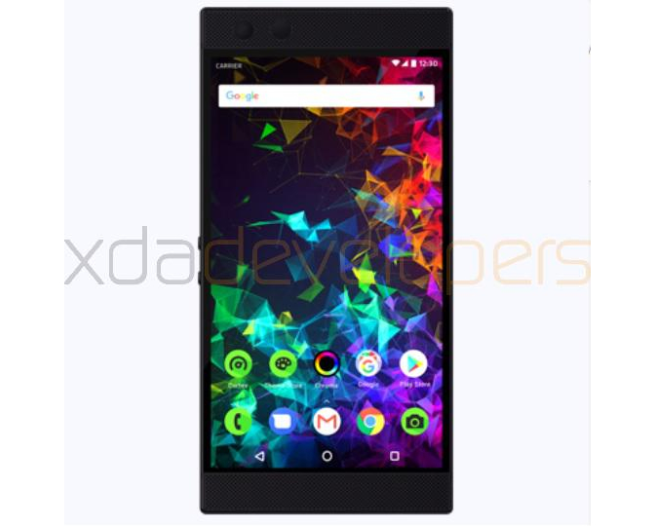 While this information hasn’t been confirmed, they are pretty close to the truth. The above specs and device images have been submitted to Google by Razer itself, so they may be really accurate. If the company ends up launching a smartphone with the last year’s chipset, could it mean that the Razer Phone 2 will be cheaper than its predecessor? Will it continue to be attractive to consumers, with many non-gaming flagships carrying an upgraded Snapdragon 845?