The next Google smartphones, the Pixel 3 and 3 XL are certainly the most leaked and rumored devices in 2018. After all, we had the right to have a fairly complete grip of the 3 XL more than a month before his official announcement.

The news site Nieuwemobiel.ne was able to put exclusive hands on images of the official Google fabric case, which will be marketed at the same time as the new smartphones. The images give us a complete idea of the two smartphones design. 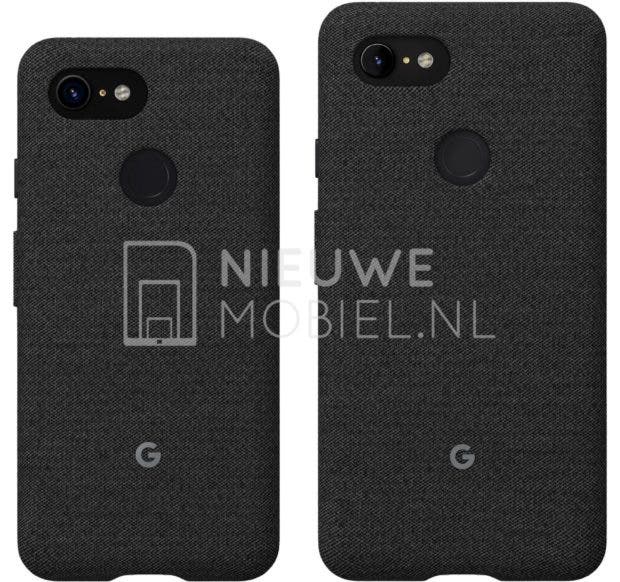 These new images confirm once again the expected design of these two new smartphones. First the Pixel 3 which takes the 18: 9 design of the Pixel 2 XL, with wide margins above and below the screen, probably caused by the two speakers and two cameras on the front. The Pixel 3 XL incorporates a large notch that sharply cuts the display in half, but obviously leaves space for a few notifications.

Both devices expected to bring new features like wireless charging, improved cameras, the Snapdragon 845 processor with Adreno 630 GPU and 4GB of RAM. Both will launch with Android 9 Pie.

It is worth to mention that Google has sent out invites for an event which it tags made by Google on October 9, and while it held the Pixel and Pixel 2 event in Mountain View, California, Google this time will launch its next product line up in New York City. The event kicks off at exactly 11 AM ET and will show live on youtube.

Next Razer Phone 2 may arrive with Snapdragon 835 after all