Yeah, you may be surprised that we are talking about “Xiaomi Mi 8 Lite” only a few hours to the launch of the new devices in the Xiaomi Mi 8 series. Actually, an official nighttime image which was intended to display the performance of the Xiaomi Mi 8 Youth Edition rear camera performance at night came with the caption “shot on Mi 8 Lite”. The intention of the image was overshadowed by this caption. We are all expecting the company to release the Xiaomi Mi 8 Youth Edition in Chengdu on September 19th alongside other products and there has been no mention of a Xiaomi Mi 8 Lite. However, it is logical to reason that they are the same phone, only a change in name. 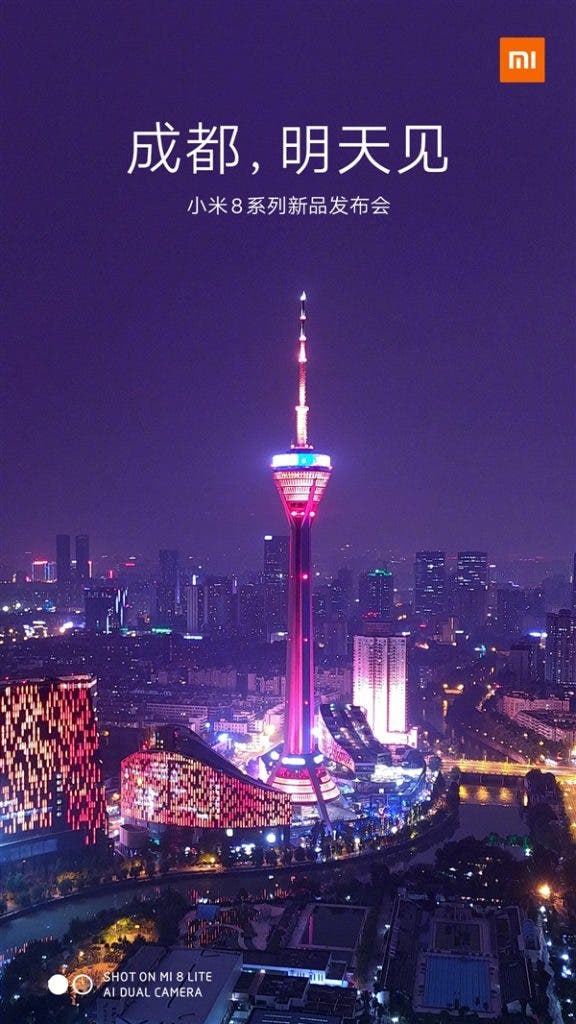 Nomenclature aside, the night time image is stunning. The glare control is excellent and the overall performance is perfect. According to the information previously disclosed, this conference will launch Xiaomi Mi 8 Youth Edition, Xiaomi Mi 8 Screen Fingerprint Edition and Xiao Ai Smart Alarm Clock.

According to TENAA, the Xiaomi Mi 8 Youth Edition which may now be called Xiaomi Mi 8 Lite uses a 6.26-inch 2280 × 1080 resolution full-screen, glass body, rear fingerprint recognition, 4/6/8GB memory, 32/64/128GB storage, front-facing 24MP camera, 12MP dual rear camera, and a 3250mAh battery. Well, this features have been leaked for a while and we knew it before, but what about the processor? We have been hoping the Xiaomi Mi 8 Youth Edition will be packed with a pseudo-flagship chip of the Snapdragon 710 like the Mi 8 SE. But a promotional sticker has been leaked today, showing our protagonist will be packed with a Snapdragon 660 AIE SoC. The main reason why we have been thinking so was the number of cores and the frequency they clock at – 8 cores and 2.2GHz. What’s more interesting the SND660 comes with identical parameters. So the TENAA information was correct.

In addition, this conference will also launch Xiaomi Xiao Ai smart alarm clock. With this, you can handle the time-related things in a well-organized way without cumbersome operations, making your time management easier and more interesting.