After announcing the Xiaomi Mi Band 3 NFC version on May 31st, it took the company over three months to sell this smart band. However, Xiaomi has officially announced that the Xiaomi Mi band 3 NFC Version will be officially released at 10 am on September 19 and it comes with a 199 Yuan ($29) price tag. This NFC-enabled Xiaomi band supports Mi bus card and it can also be used for offline purchase payment. 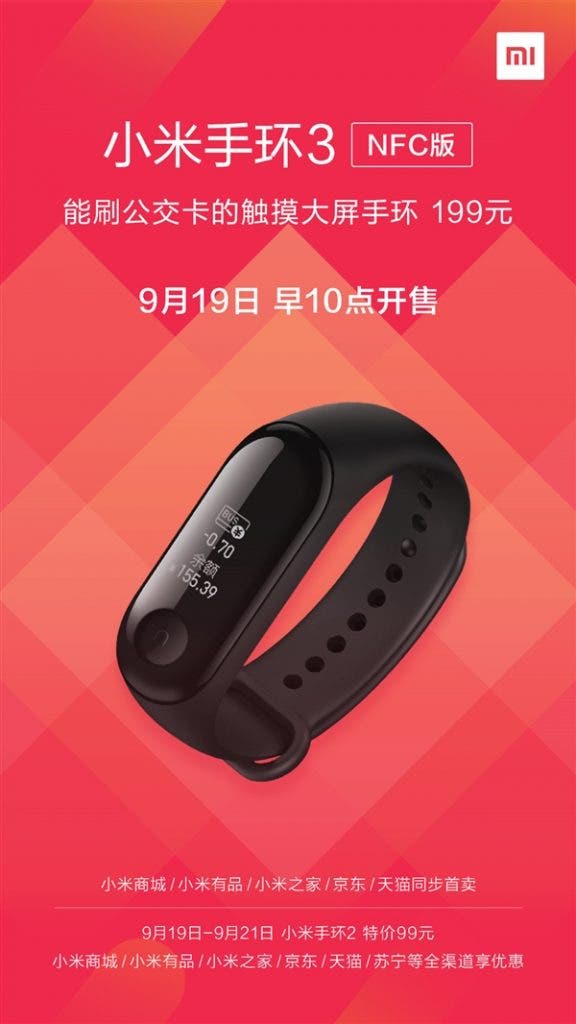 Honestly, if you are not in China, the bus card may not be relevant to you. For now, this band can be used in eight cities including Beijing-Tianjin-Hebei Intercommunication Card, Guangdong Lingnantong Yangchengtong, Shenzhen Tong, Hefeitong, Jiangsu Traffic Card, Suzhou, Wuhan Tong, Jilin Tong, and Guangxi Traffic Card. Users can also use the Xiaomi Sports App to recharge the city bus card and check the balance and consumption records at any time.

Where To Buy The Xiaomi Mi Band 3 Regular Version

Given that this band has been in the market for over three months, almost every online store you look has this device but do they have it for $25.99? Check out the deals below and make a choice

Previous Motorola One Power arriving in India on September 24