To return to the previous 1999 yuan ($291) price tag, the Chinese Apple will hold a new product launch conference tomorrow and officially announce the Xiaomi Mi 8 Youth Edition. We don’t know why it is called in this way but the upcoming model will have a big change in the appearance. Besides the horizontally arranged dual-camera on the back, it will adopt a mirror glass back with a few color options such as the twilight gold, deep gray, and dream blue. 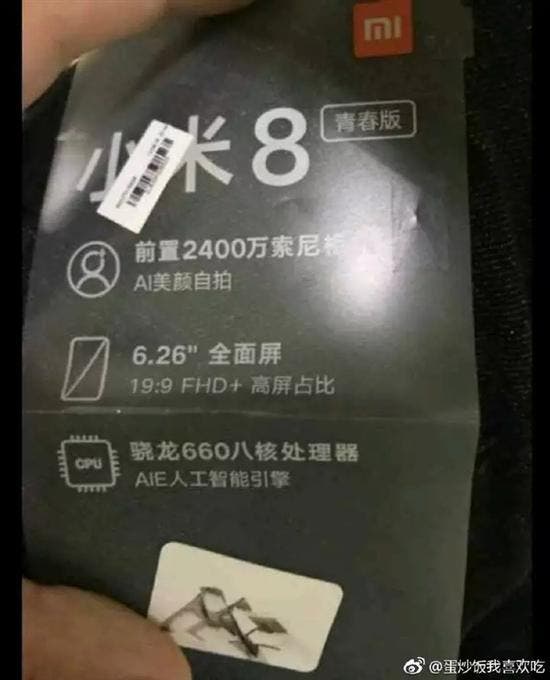 Well, this features have been leaked for a while and we knew it before, but what about the processor? We have been hoping the Xiaomi Mi 8 Youth Edition will be packed with a pseudo-flagship chip of the Snapdragon 710 like the Mi 8 SE. But a promotional sticker has been leaked today, showing our protagonist will be packed with a Snapdragon 660 AIE SoC.

The main reason why we have been thinking so was the number of cores and the frequency they clock at – 8 cores and 2.2GHz. What’s more interesting the SND660 comes with identical parameters. So the TENAA information was correct.

In addition, the sticker confirms that the Xiaomi Mi 8 Youth Edition sports a 6.26-inch 19:9 full-screen and a 24MP front shooter.