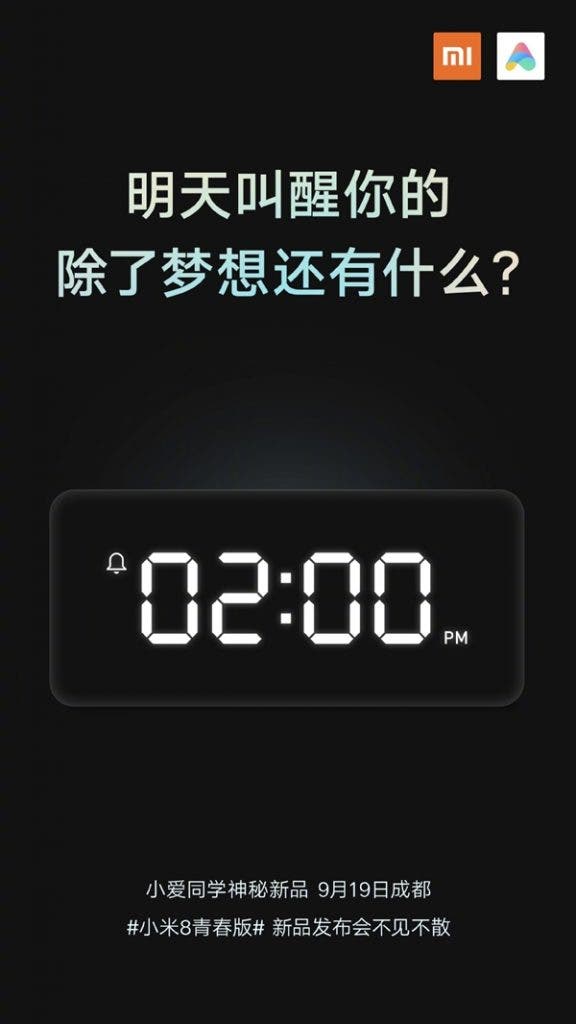 In addition to the mysterious new product from Xiao Ai, this conference will see the launch of two heavyweight smartphones: Xiaomi Mi 8 Youth Edition and Xiaomi Mi 8 On-Screen Fingerprint Edition.

As of now, there are numerous leaks and speculations regarding the Xiaomi Mi 8 Youth Edition. According to the official posters, this smartphone will be available in gold, deep gray, dream blue, and other colors. The Shuguang Gold version has a mirror effect and is highly recognizable. This smartphone comes boasts of a 6.26-inch display with a resolution of 2280 × 1080. Its CPU is clocked at 2.2GHz with eight-core design (probably Snapdragon 660AIE although earlier rumors had suggested SD710). It has a 24MP front camera, runs on Android 8.1 Oreo and its lights will be kept on by a 3250 battery.

Next Nokia 9 With 5-Camera Design Postponed Until MWC2019