We already know how Android 9 Pie is, but what remains a mystery is how different manufacturers will customize their user interface when they update their phones to the new Android version.

Today we’re going to take a first look at Samsung’s new UI based on Android 9 Pie as several screenshots show the look of Samsung Experience 10 with Android 9 Pie on the Galaxy S9+. 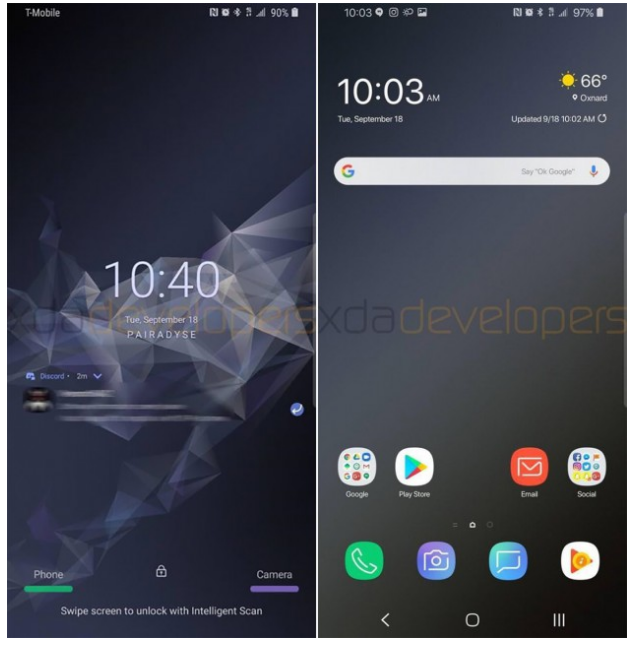 The new user interface shows a more modern look, with a design based on cards and rounded corners in applications such as Samsung Settings, Samsung Messages, Gallery, My Files and Internet.

The quick settings have also been updated, along with the recent apps screen, which now looks more like the one you would expect in Android 9 Pie, with a list of applications horizontally and a dock at the bottom of the screen. 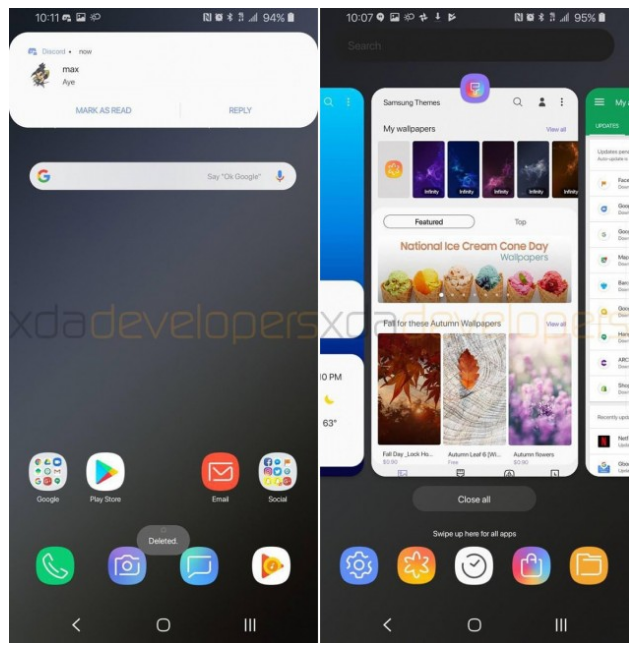 We will also find a night mode that can be activated manually, at a certain time or in the dark.

Samsung has updated its lock screen, giving the watch a new look and adjusting the shortcuts at the bottom of the screen to be a simple text underlined by a line of the application icon color instead of the full icon. 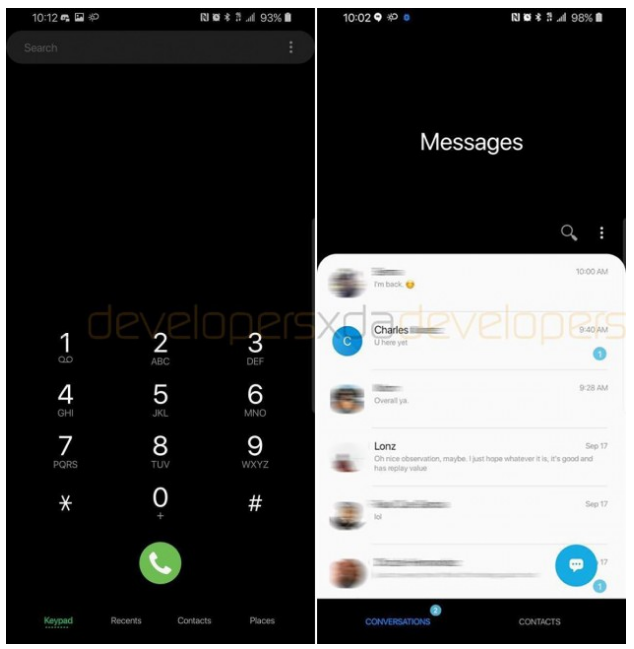 The new UI version include a new gestures control that allows you to slide up from three different areas at the bottom of the screen to use the Start, Back and Recent actions. This function can be used when the navigation bar is hidden.

There is also a new gesture that will turn on the phone’s screen when you pick it up. 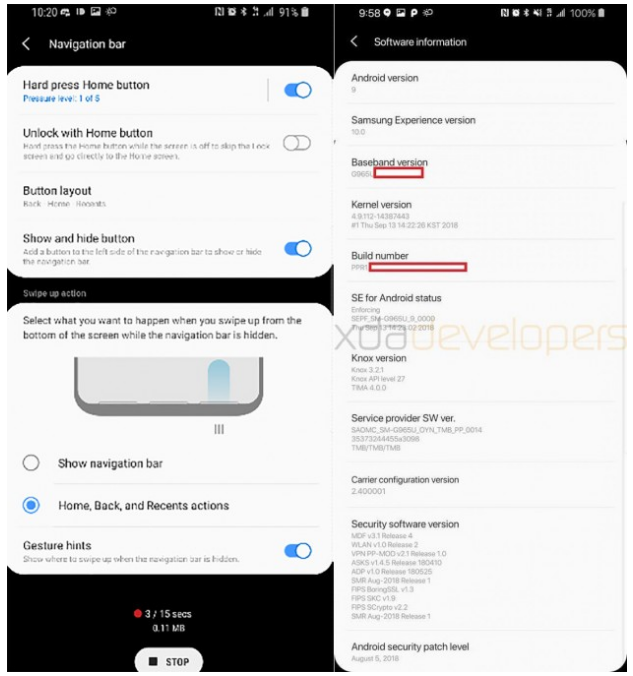 It is worth remembering that this is one of the first versions of Samsung’s Android 9 Pie update for the Galaxy S9, so we could see changes once the update is available to the public, whenever that happens.