A few weeks ago the Huawei Y9 (2019) has appeared in the realms of TENAA. On that occasion, only a few images and specs of the device have been revealed, leaving the rest to the imagination. Today, the full listing has been revealed and judging by the specs this device may actually be a newer Honor 8X on steroids. 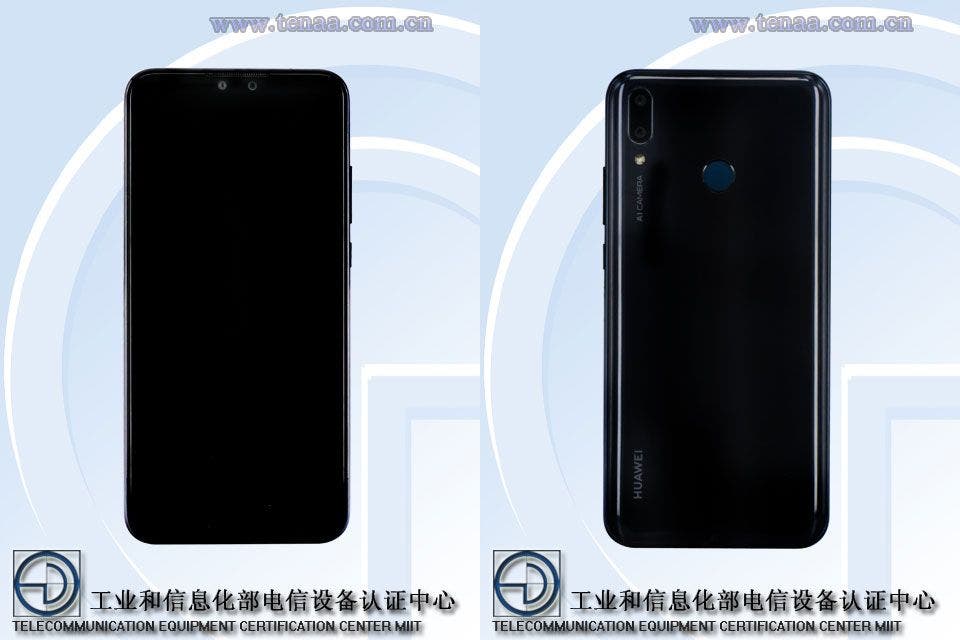 The Huawei Y9 (2019) on TENAA comes with the JKM-AL00a model number. The smartphone boasts a 6.5-inch display with 2340 x 1080 pixels of resolution, resulting in a 19:9 aspect ratio, which basically confirms the presence of a top-notch. Worth noting that this display has the same size as the Honor 8X.

The smartphone is powered by a 2.2GHz processor, which probably is the Kirin 710. The processing power will be paired with either 4GB or 6GB of RAM. For each RAM variant, there will be a different amount of storage, 64GB, and 128GB respectively. But if that amount is not enough for you, the device will also bring microSD support allowing users to further increase the Room for apps and multimedia content. On the camera department, the smartphone will come with a 20MP + 2MP dual-setup on the rear. On the front, the device will bring two cameras as well, but the listing only reveals the specification for one – a 16MP unit, we speculate that the second sensor should be a 2MP unit, just like the rear unit.

The Huawei Y9 (2019) will bring a 3,900mAh battery that will be optimized by Android 8.1 Oreo. The device also has a rear-mounted fingerprint scanner and will come in Black, Pink, Blue, and Purple color variants. The Phone should be released in Europe with the Huawei Y9 (2019) moniker, but first, it may be released in China under the Enjoy series.