Samsung has just announced the most affordable triple camera smartphone in India. The Galaxy A7 (2018) which was supposed to debut today is now officially priced Rs 23,990 ($329) making it the cheapest not only in India but also across the globe. There are two variants of the device – 4GB + 64GB and 6GB + 128GB. The latter costs Rs 28,990 ($398) and will be available on early access from September 27 and special preview sale on September 28 on Flipkart. It is available in Blue, Black and Gold.

The USP of the Galaxy A7 (2018) is the triple camera which comprises a 24-megapixel f/1.7 aperture main sensor, an 8-megapixel 120-degree ultra-wide angle secondary sensor and a 5-megapixel sensor for depth sensing. The front camera is of 24MP capacity. The other highlight is the power button which doubles as a fingerprint reader. It’s the first Samsung phone in the A series to do so. For more specs, take a look at the table below. 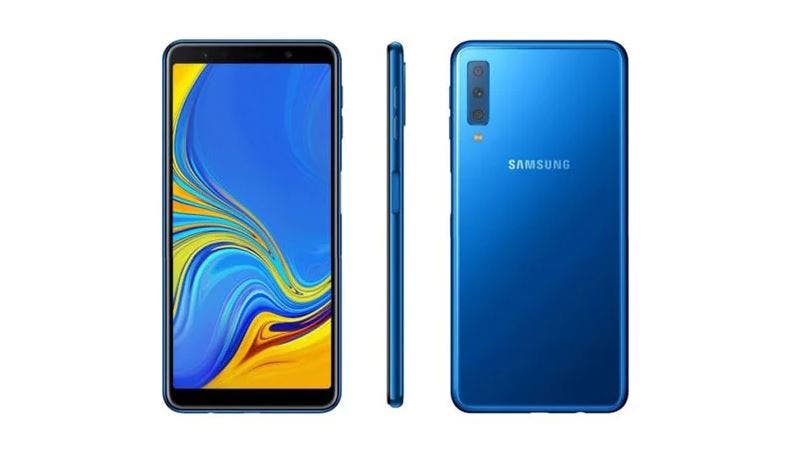 Next Xiaomi BlackShark 2 appears in TENAA, with strange design/dimensions