The Nexus 4 was the first “Google” smartphone to support a native wireless charging system. With the advent of metal builds and the convenience of Fast wired chargers, Google dropped this concept. However, a new Pixel Stand leaked today proving once again that Pixel 3 and Pixel 3 XL will mark the comeback of Wireless Charging.

As the image of the leaked dock, which will be called Pixel Stand, suggests the stand will accommodate the smartphone and make it work as a Smart Display. Worth noting that Google is yet to provide a device to compete with Amazon’s Echo Spot and Echo Show, and the Pixel 3 place at this stand will be a worthy candidate. 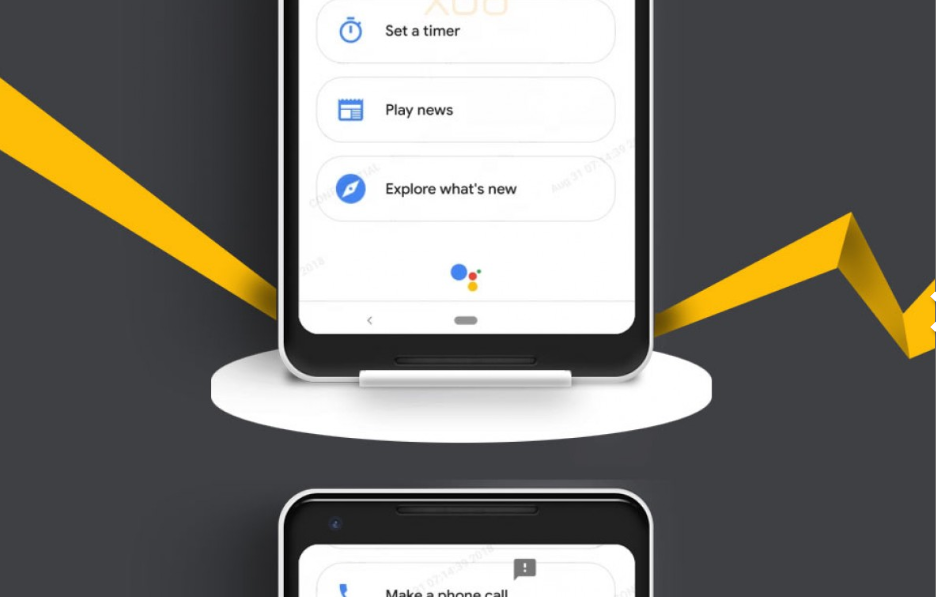 Furthermore, the smartphones will show a different UI when placed at the dock. One will focus on at-a-glance and easy to hit button. The Pixel 3 & 3 XL will also support voice commands for Assistant even if the screen is turned off.

The dock will provide a wireless fast charge technology. If you look at the bottom of the stand you can see 9V 2A that can be converted in 18W, which will be likely the power consumed by the charger in order to provide energy to the Pixel 3 smartphones.

Despite the controversies involving the launch, we expect to see the Pixel Stand debuting alongside the Pixels on October 9.

Next Huawei TV To Enter The Market By The End 2018